For the longest time, 10 Apples Up On Top has been one of Logi-Bear’s favorite books.  I have it memorized (and then some.  I could have memorized it in another language at this point).  All in all, it’s not a bad story.  Just very repetitive.  I do believe in the importance of repetition in books and reading though so I cannot say I mind.  I also wouldn’t mind if he wanted to read a different book sometimes…

Anyway, it’s Johnny Appleseed and apple theme time.  Plus he’s learning about syllables in All About Reading.  He’s decided that words belong to teams based on how many syllables they have.  He was relieved because his whole family belongs to the “2 team”.  It’s become a ‘thing’ for him though as he sounds random words out and declares what syllable team they belong with. 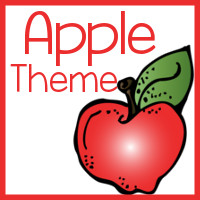 I thought it would be fun to practice his syllable sorting and sounding out using some apple themed printables.  Why not, right?  He was in fact very happy when I pulled these out.  The real kicker was when he saw that pictures of his family were on some of the apples.  I left some blank apples in the printable just so that people could print out and tape on their own family photos, if desired. 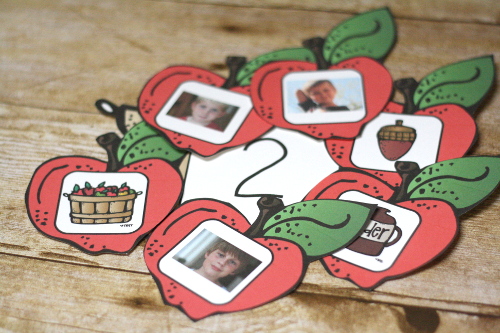 The idea is very simple, say the word by syllable.  Count the syllables (we do this by clapping, tapping, or holding our hand under our chin and feeling how many times our jaw drops down).  Then put the apple in the correct basket!

Some of them are up for interpretation, like ‘seeds’ or ‘apple seeds’.  It can go either way.  The only one we had trouble with was “A basket of apples”.  There isn’t a 6 baskets so we had to shorten it to just ‘basket’.  There was a small fight over this.  I almost made a 6 basket… 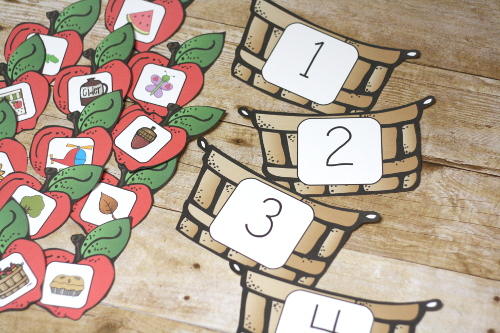 I made a black and white set because I know many people don’t want to use the ink.  Makes sense!  Ink is kind of expensive (Okay it’s really expensive.  I did recently sign up for HP Instant Ink because I had an offer for 6 free months of ink.  Worth a try right?  Here’s a link and the code is 6freeink). 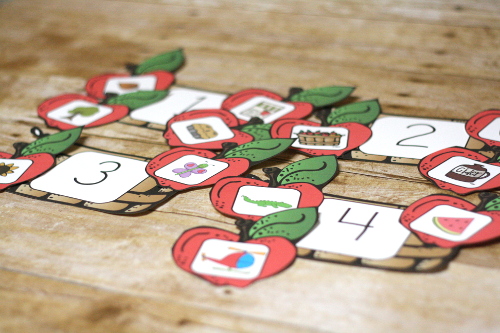 If it’s possible, he is even more into this whole syllable thing now.  I wouldn’t believe it if I didn’t see it myself.  While Royal and Baloo never fought learning to read, they weren’t nearly as excited or invested as Logi-Bear. 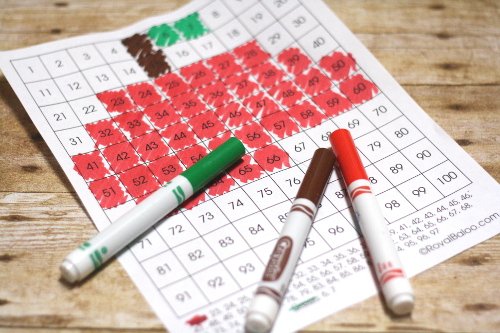 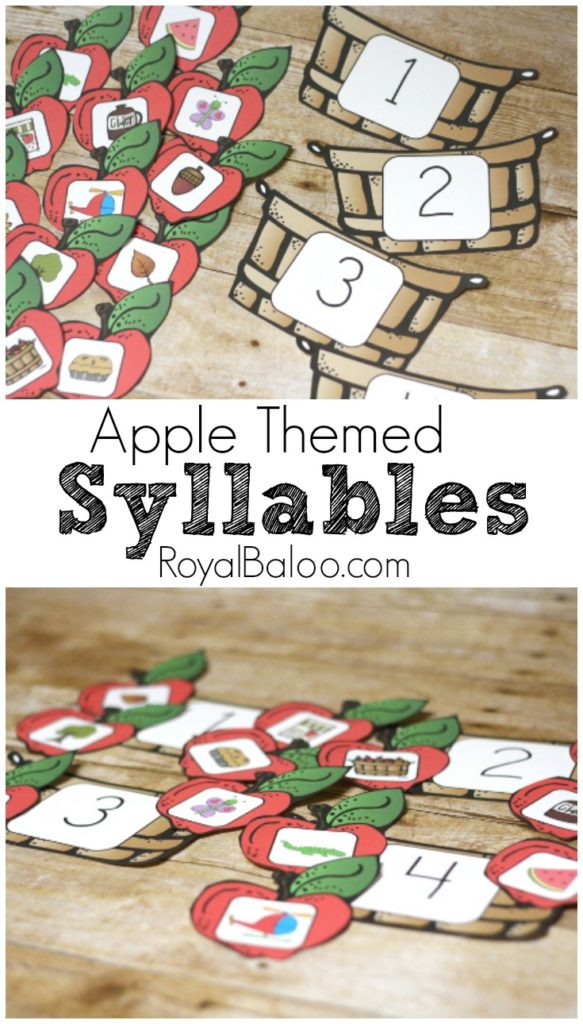