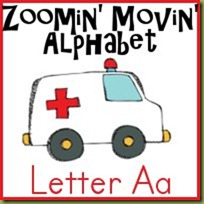 Last  year I had started on a Truck ABC project for Royal.  I got through letter D before he began to lose interest, and I got caught up in other projects.  Well, this year he is interested again, AND Logi-Bear is interested too!  And this year I am determined to get through Z with Royal, since he is nearing the age of starting a more structured preK!  But we’ve changed it up a bit.  I’ve added more pages for PreK and revamped the other pages.  There are a lot more pages for the PreK range now!  These Letter A Printables are the first pack in this new set! 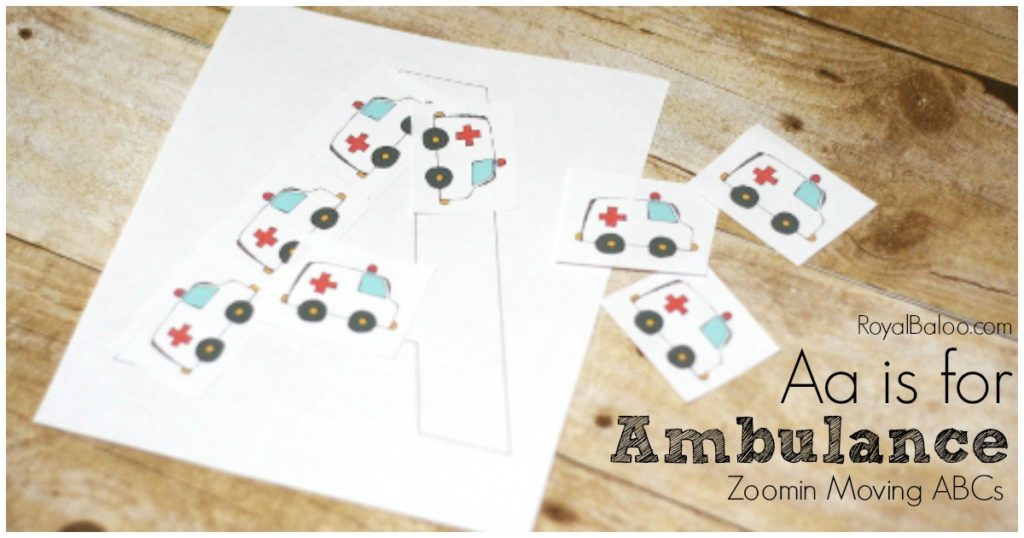 What is included in the Letter A Printable packs?

All downloads will be hosted via the Zoomin Movin Alphabet Pack page: 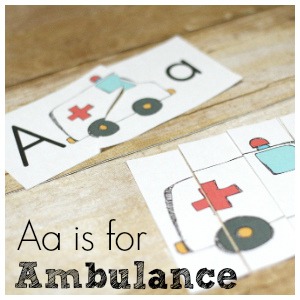 My plan is to release one set a week on Friday’s.  Some letter’s will have two sets (such as C – cement mixer and crane) and I hope to release them together.

We’re been working through A week with Royal.  He loved gluing the ambulances to the A!  He insisted that one ambulance be upside down… 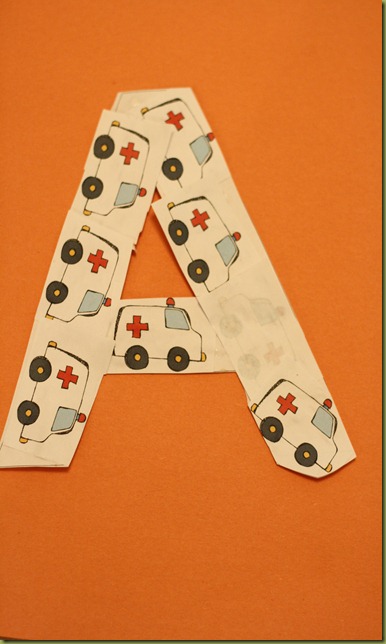 He enjoyed a few other activities this week too.  I think he doesn’t even realize that this might be school work!  I’m hoping to introduce Logi-Bear to the printables next week to see how he does!

I hope you enjoy the Ambulance printables!!  Next week B for Bus will be out! 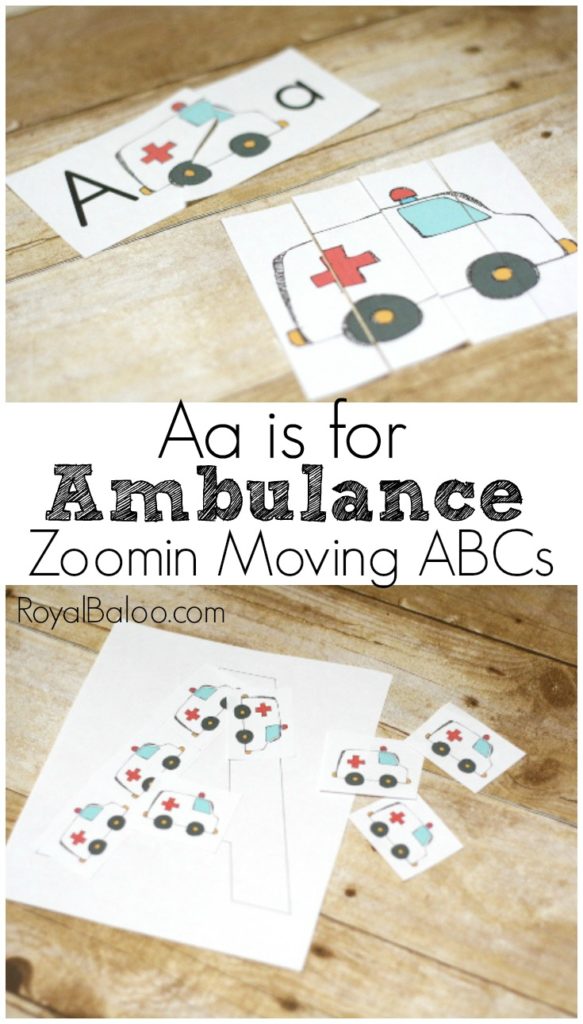 11 thoughts on “Letter A Printables – A is for Ambulance”