We’ve been working hard on learning addition facts like doubles and ten facts!  This game is a great way to practice the 10 facts with an adorable apple theme. 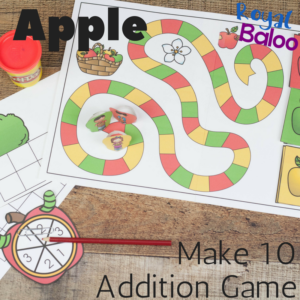 Don’t forget to sign up for the newsletter!  Weekly e-mails with great printables, deals, and more!

How to Set Up the Apple Make 10 Board Game

This set up isn’t too hard, but it should be done before you intend to use it!

Print everything on cardstock.  Regular paper just won’t do for this type of game.

To put together the game board – cut the white edge off one of the pieces of the game board.  Match the board up so the images are seamless and tape the two sides together. 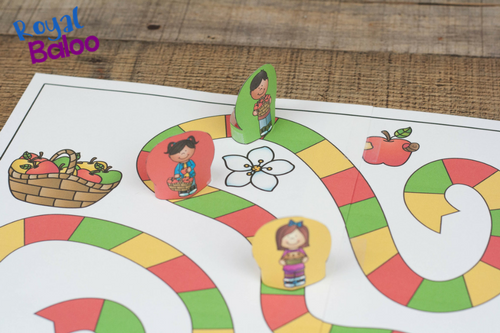 How to Play the Apple Make 10 Game

This is a simple game meant to practice the make 10 addition facts as much as possible.

Start by spinning the spinner.  Move that number of spaces.

You’ll draw a card based on the color of the space you landed on.  Yellow space, yellow card.  Red space, red card.

Draw a card and look at the number on the back.  That is how many apples you’ve collected.  Add that many gems/playdough spheres to your 10 frame card.

Once you’ve filled up your card with 10 pieces, make a tally mark.  If you laminate the 10 frames, you can mark the tallys right on the card and still reuse it.

Otherwise, mark the tally’s on a piece of paper or a white board.

Keep taking turns spinning and moving until you reach the last square.  Whoever has the most tallies is the winner.

During the game we would discuss how many more apples we needed to make a 10.  I feel like just one game really helped bolster their fact memorization. 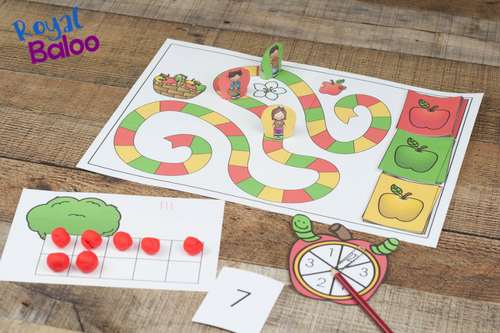 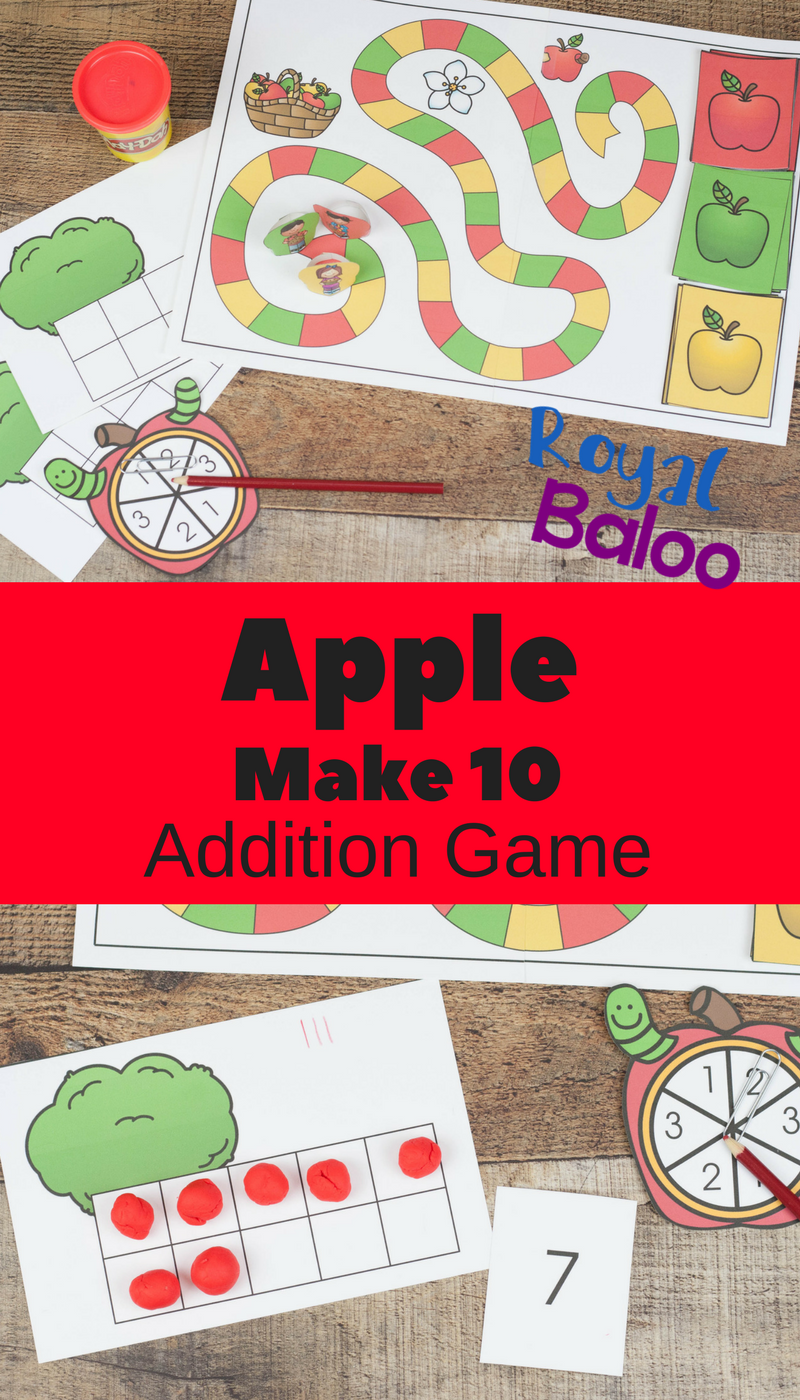