With all the cold weather (and even a bit of snow in Texas!) we had to do something fun with arctic animals!  The boys are all fascinated by snow and animals that live in the snow, so this bin was right up their alley. 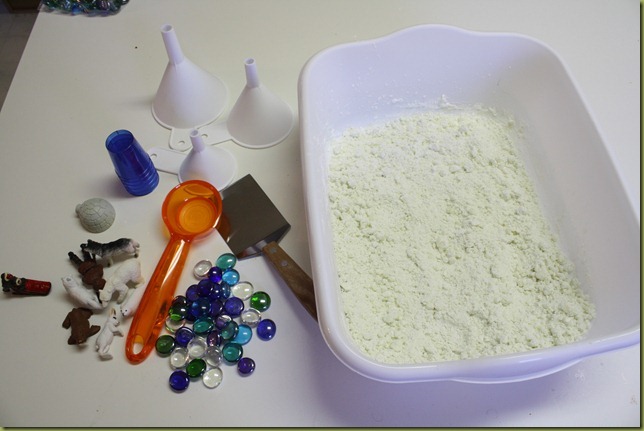 Here is how I set it up before I gave it to the boys to play with.  It did NOT last long this way.  But they were very excited when they saw it all put together!

In the end, this bin was a hit.  All 3 boys played with it at the same time, and there was minimal arguing.  They made a bit of a mess and the snow dough isn’t the easiest to clean up.  We were able to take the bin outside though!

I chose the Snow Cloud Dough for this because I wanted to be able to make animal tracks with the Toob figures.  The dough packs together nicely for snowballs, little snowmen, and animal prints!