My kids have started asking for more of these simple math games!  So of course I said yes!  We end up only playing them a few days, but that’s perfect!  They don’t get bored of them in the few times we play but they still get a lot of extra practice!  I felt like a Christmas subtraction game was in order! 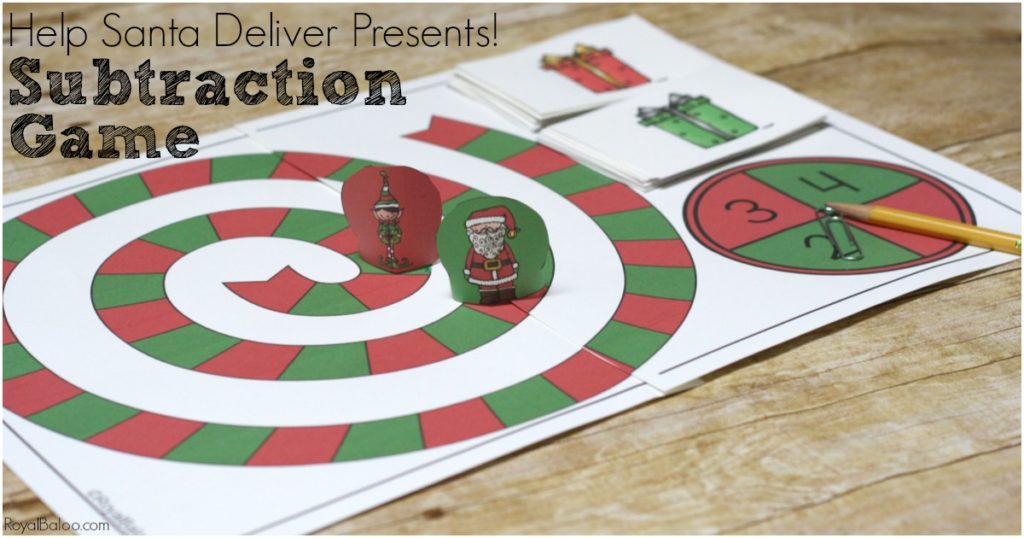 It is day 5 of the 12 Days of Christmas!  Week one  is all about math and today the focus is on subtraction!  I’ve received a lot of requests for subtraction, which is great because we need subtraction work too.

Don’t forget to sign up for the newsletter to stay up to date and get some exclusive freebies! 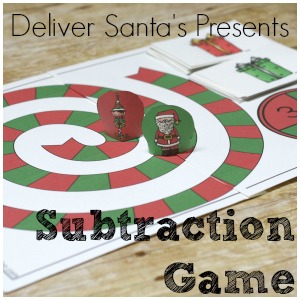 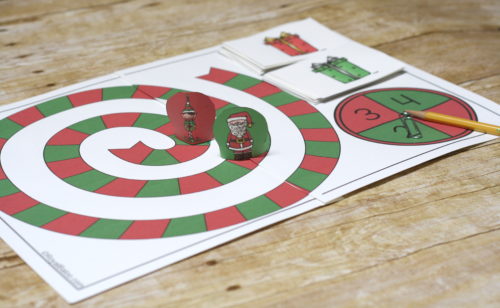 How to Set Up the Santa Subtraction Game

The game board really needs to be printed on cardstock.  It’s two pieces of paper together so unless you have a large laminator, you won’t be able to laminate it. 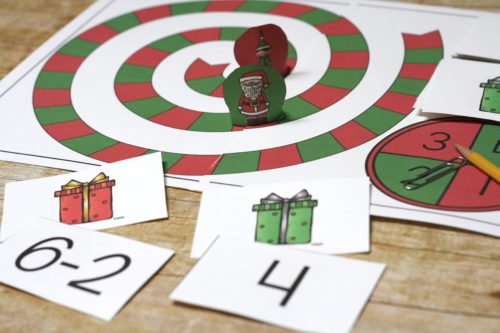 I also print the cards on cardstock and don’t bother laminating.  The cards are printed double sided with the present on one side and the equation/answer on the other side. 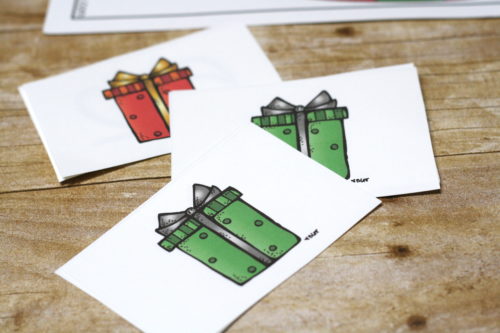 The game pieces are made by taping the two long ends together.  It forms a circle/oval on the bottom with will make the piece stand up.

The spinner is made with a pencil and paperclip.  Hold the pencil upright, spin the paperclip, and you’ve got a spinner!  I’ve tried multiple methods of including spinners and they just don’t work well.  The paperclip method is much much better. 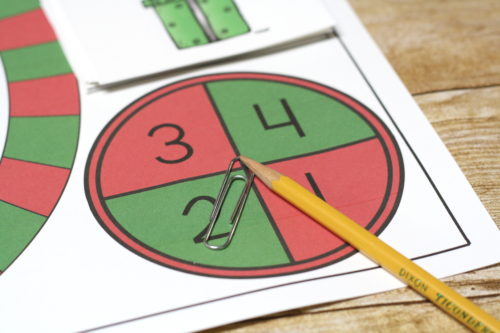 How to Play the Christmas Subtraction Game

The idea behind this game is slightly more complex than my previous games.  But I’ve tried to simplify it.

The goal of the game is to get rid of as many cards as possible.

Each player should start with 6 cards (3 red, 3 green)

On each turn, the player spins and moves that number of spaces.  If they land on a red space, they pick up a red card.  On a green space, pick up a green card. 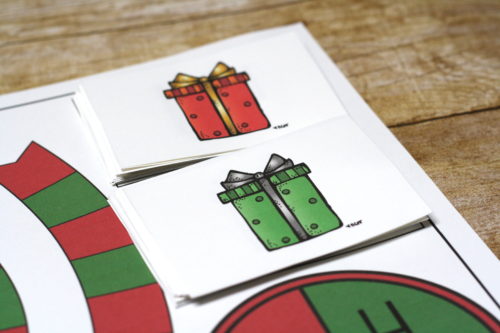 When a player has a red card and a green card that match (equation on one card, answer on the other) they can discard the match.  Just place the match down in front.  Play continues until everyone reaches the middle.  The person with the least amount of cards in their hands is the winner! 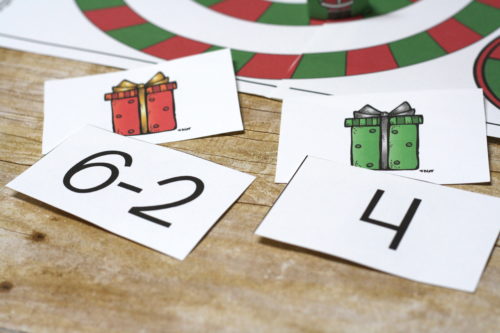 Or the winner can be the person with the most matches.  Whatever you think works best! 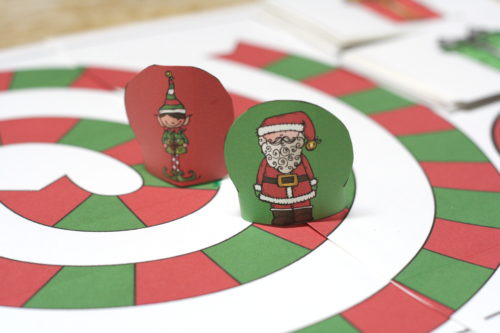 Each red card has a subtraction equation on it.  I made two sets – one for sums of 1-10 and the other for sums of 11-20.  My intention was that Royal and Logi-Bear and I could play together.  They’re on different levels and I don’t mind have double sets.

But having the two sets also means that more people will be able to use it! 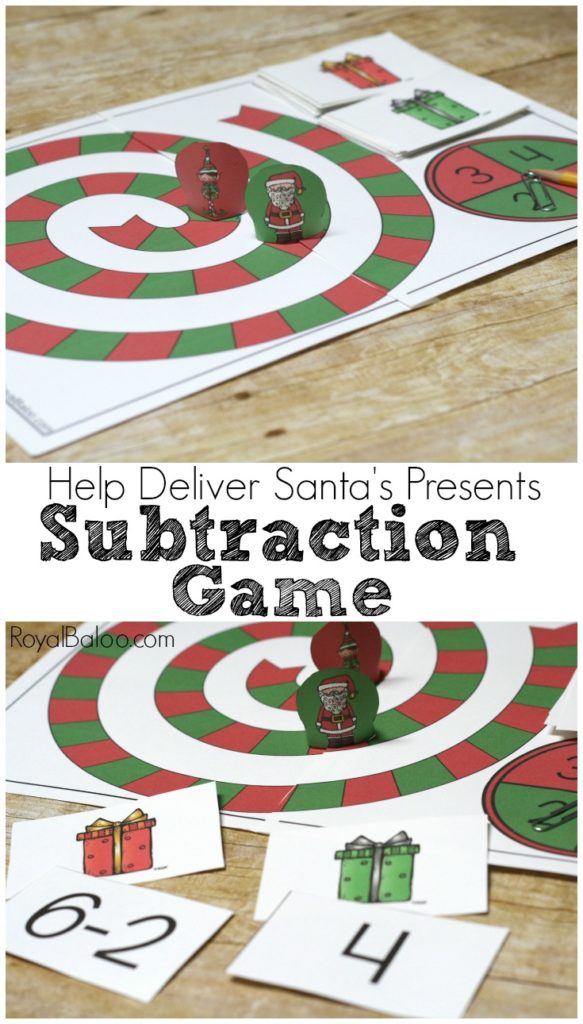