We’ve been doing a lot of working on telling time lately.  I was inspired by a few things I saw on Pinterest and got the idea to make individual circles that I could have the boys set up themselves.  And even better, we could label the minutes until they understood that you could by 5s!  Instant breakthrough!  The visual of the clock with hours and minutes made it so clear.  Now it’s just a matter of remember which is the short hand and which is the long hand.  But these clock manipulatives will make it so much easier!

Included in the set are circles for 1-12 (hours), circles for 00-55 by 5s for the minutes, plus an hour hand and minute hand, and cards that you can print and use to determine what time to put on your clock!

I really like that the boys can move the numbers around.  Having them set up the clock helps them see the pattern and reinforces the thought of the clockwise motion.  And we can take this set with us wherever we go!  Bored at the doctor?  Practice with the clock.  I stick it all in a little baggie and it’s good to go!

Strangely enough, being able to read a clock is almost a thing of the past.  Many people don’t even wear watches anymore!  I have a feeling telling time might one day fall to the same fate as cursive writing.

Check out these other great ways to learn to tell time! 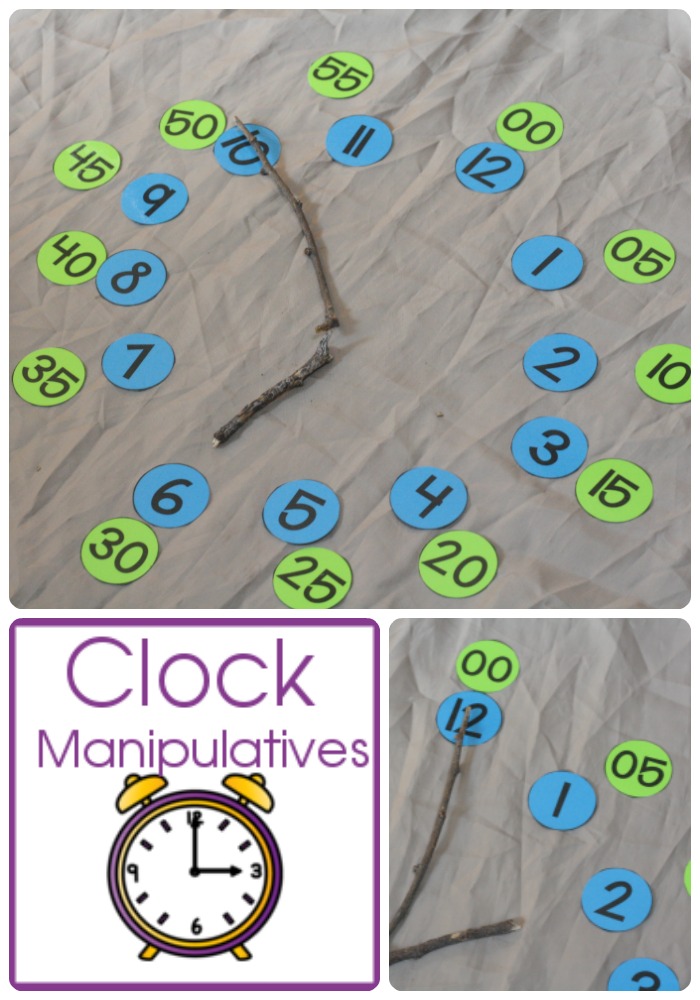