I love the letter W and it’s purely for hilarious reasons, I swear.  When you say “w” in English it’s double-u.  But our double-u is more like a double-v.  In French however, double-u is pronounced double-v (oublez-vey)…but they write they w like a double-u.  For some reason I find that hilarious.

Anyway, enough with the alphabet jokes.  We are onto letter W in the Crazy Cursive Alphabet!

Go Here to Download the Ww is for Watermelon Pack! 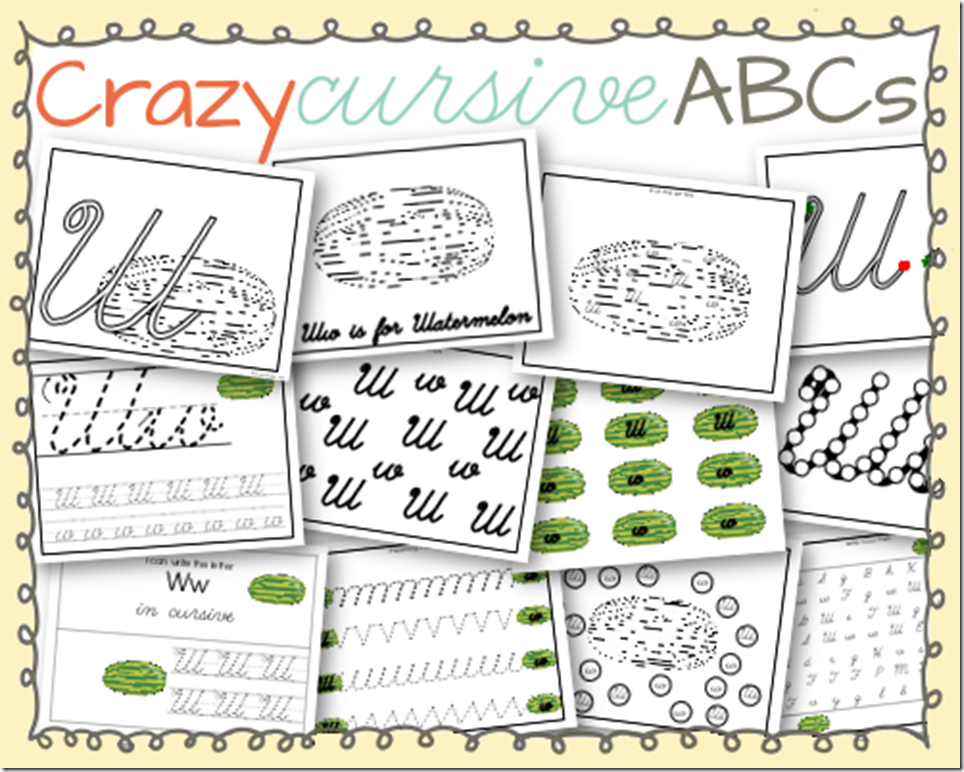 If you want the whole set right away, you don’t have to wait!  I’ve put the entire set up on Teachers Pay Teachers!  Check it out here!