When kids are little they work on sorting all the time but it’s one of those subjects that just gets left behind.  However, sorting can become so very complex.  Venn diagrams are great for people who learn visually.  Venn diagrams themselves are not that complex but it helps to introduce them using familiar ideas.  Being that the boys know more about dinosaurs than I do, I thought a dinosaur venn diagram would be a great place to start. 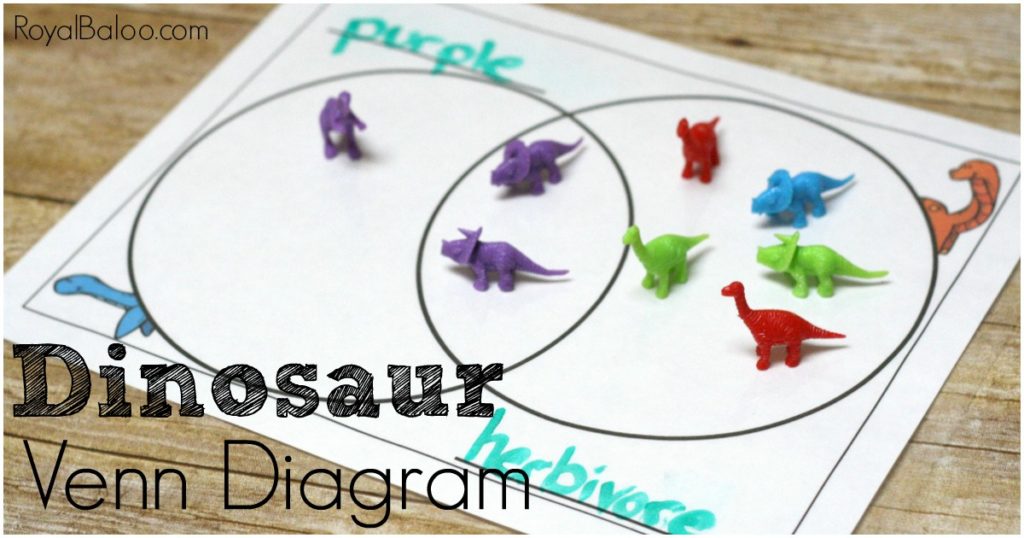 Phew, 1/3 of the way through the month!  I’m actually enjoying this quite a bit as I really enjoy making printables.  And with Dinosaur week it’s doubly satisfying because the boys enjoy dinosaur things so much.  Anyway, don’t miss the other printables!  3 more days of Dinosaur stuff and then we move on to transportation!  See the 31 Days of Printables here!

How to Use the Dinosaur Venn Diagram

Baloo thinks himself somewhat of a dinosaur expert.  He was more than willing to share information about dinosaurs so that I could sort them appropriately.  Even more, he would correct me when I was wrong.  I even had a wonderful lecture on how some dinosaurs had feathers and how they relate to chickens.  Ha! 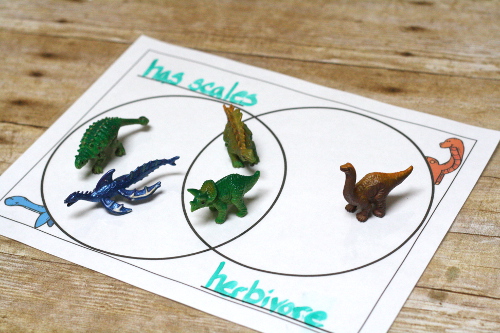 So we started with two categories that reflected real dinosaurs.  Unfortunately, we don’t have a great selection of little plastic dinosaurs (we have this dinosaur Toob, but this one is so much better).  So there were only so many ways we could categorize them. 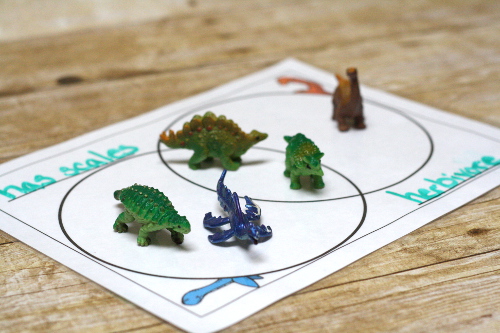 To illustrate the Venn diagram further, I decided to combine features of the plastic dinosaurs with features of the real dinosaurs they represent.  I don’t know where we got these, but it might have been from Peter Piper Pizza (like Chuck E Cheese for those not from AZ).  They are brightly colored but it’s obvious which dinosaurs they are supposed to be.

This led to more discussions on categorizing and less discussions on dinosaurs skin versus scales and such.  Not that the latter were bad conversions but we were trying to do something. 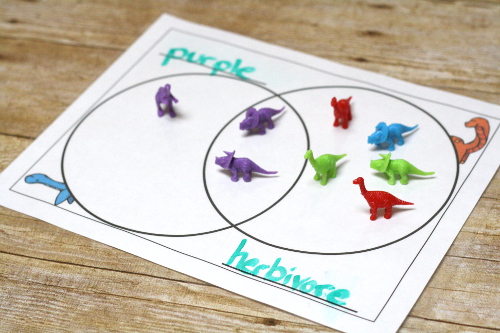 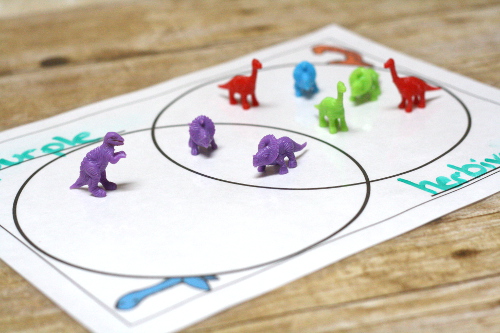 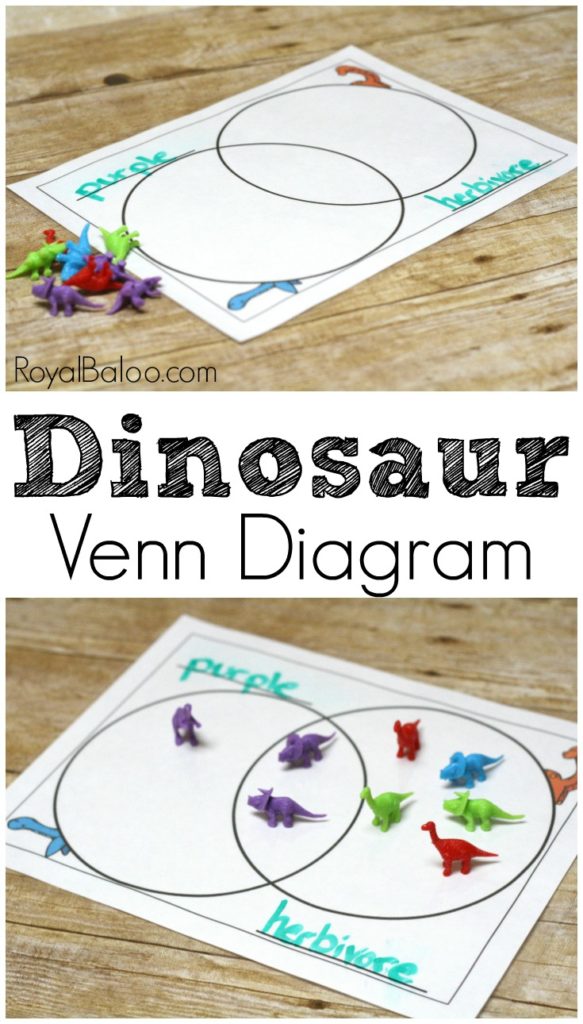