Teaching math can be one of the most fun and most frustrating experiences.  I love math.  As Lindsay Lohan said in Mean Girls, it’s the same in every country.  Math is a constant.  But teaching math can be it’s own beast.  Especially at the beginning, which is where we are with Logi-Bear.

The funny thing is, he’s actually pretty good at math.  But teaching him these new concepts can be frustrating and I realized he needs some more visuals.  Something that will pique his attention.  And that means – dinosaurs.  Logically the next thing to follow was a dinosaur fact family mat. 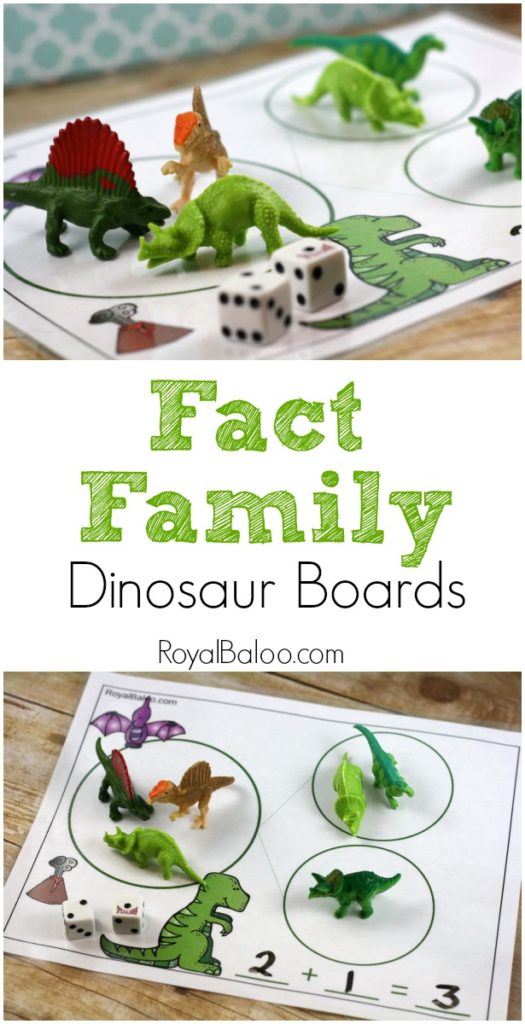 This is a pretty straight forward printable.  The sum goes on the big left hand circle, and the addends in the smaller left hand circles.  We used toy dinosaurs but gems or cheerios or any marker would work fine.  We started out without the dice.  I would give him a sum and he would separate it into two piles in the smaller circles.

Then we started using the dice for the addends and figuring out the sum.

Sometimes I would have him switch the addends to show him that you can add numbers in any order. 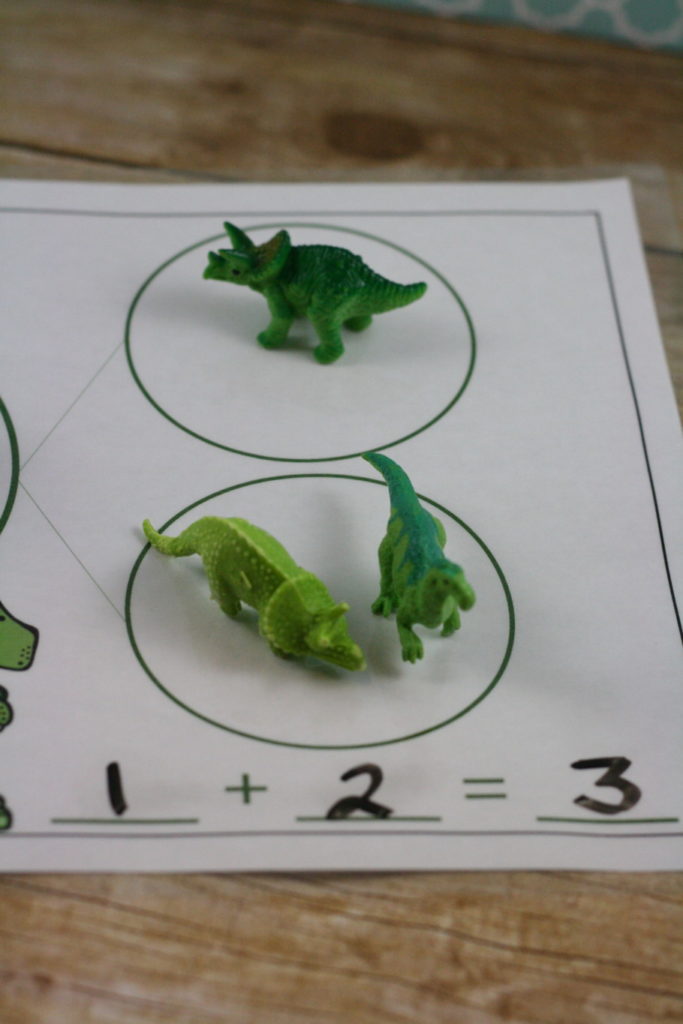