Do you ever get that warm feeling, the small smile, when you suddenly encounter a memory from your childhood?

When I was a kid, one of my mom’s favorite movies was Dave.  There is one scene where Dave (the President) visits a school and the class is showing off an activity called Poor Joe.  Joe is a little cartoon guy who is missing a body part.  Throughout the scene the entire class is reciting “Oh no, Poor Joe.  He has no eyes!” or ears, mouth, etc.  That scene has stuck with me for way too long.  I’ve seen where you can buy some Poor Joe cards, but we haven’t actually bought any yet.

But that brought me to this Create a Santa set and I had to make a little book for it.

That one scene from the movie gives me that warm feeling.  The memory brings back such happy feelings!  I just have to share it with my boys.  That’s why I had to make a Santa easy reader for it! 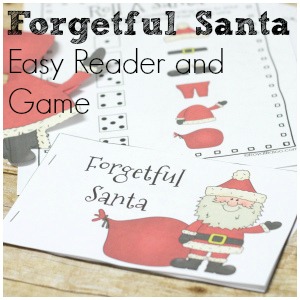 Forgetful Santa is having some trouble getting dressed.  He needs your help to make sure that he gets on all of his clothes!

I’ve included two versions of the booklet – one is wider and allows room to write in the missing part.

I’ve also included 3 part cards to review Santa’s clothes.  And a Roll A Santa activity that should be a lot of fun!  Roll the dice, give Santa his clothes back, and the first person to dress Santa wins! 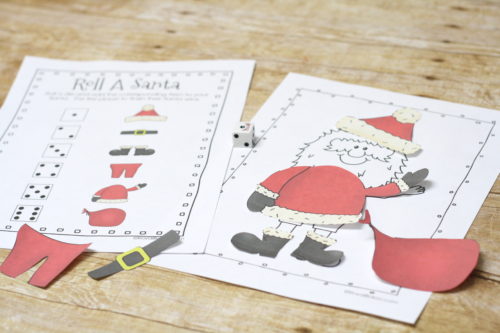 My favorite part is really just the booklet, honestly.  I think the idea of a Santa that can deliver presents world wide and never forget a name, can also forget to put on pants…and that he wears polka dot boxers. 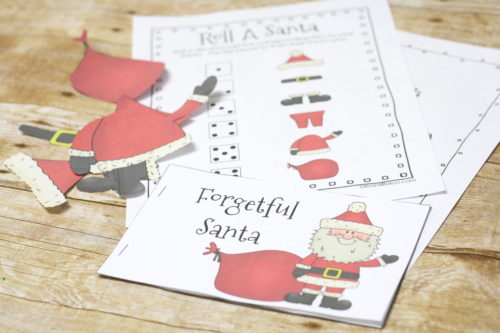 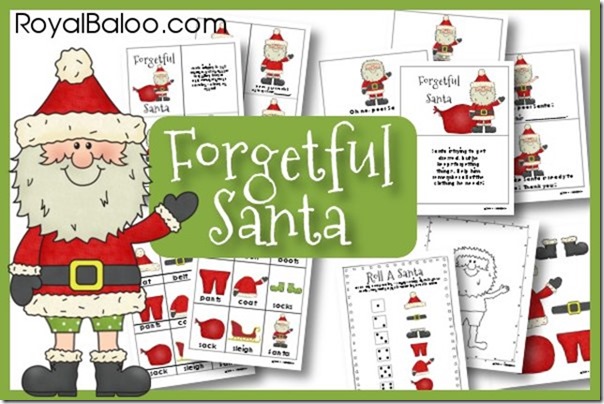 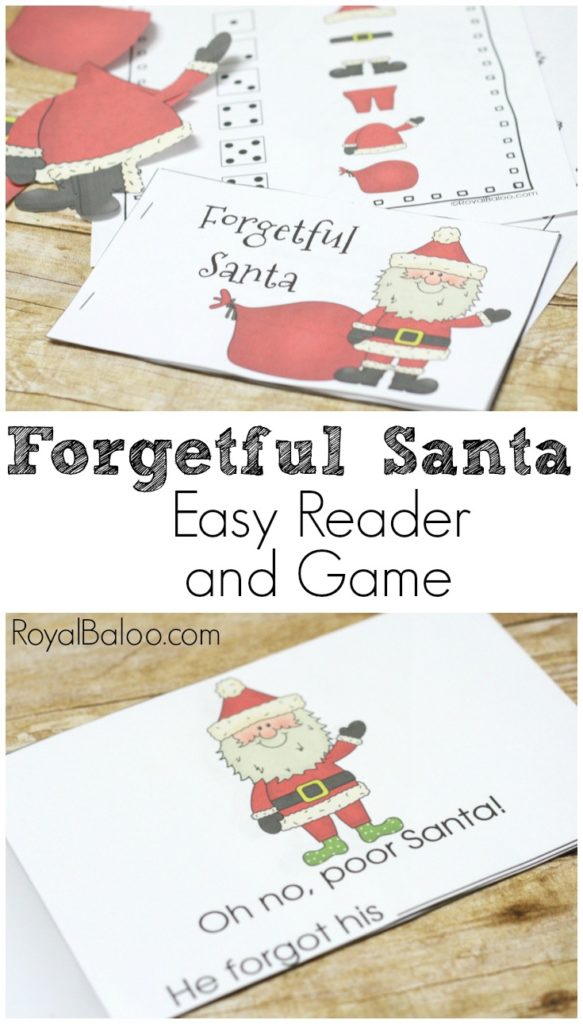