Halloween signals the beginning of the holiday season and my kids, at least, are eager to get knee deep into holiday things.  Luckily, I’ve had the Halloween printables this week to satisfy their holiday excitement!  They’ve already changed their mind about their Halloween costumes about 4 times each.  Baloo has decided to save a bunch of money so he can hand out his own candy on Halloween.  And they’ve started their Halloween countdown.  These Halloween SuDoKu puzzles were well received this week!  And they were a sanity saver for me. 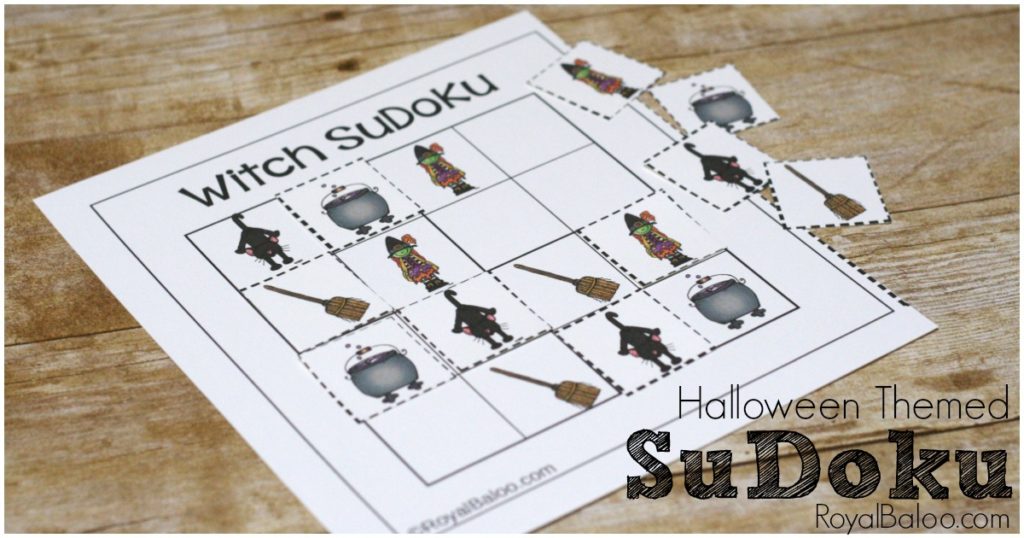 This is day 6 of the 31 Days of Printables!  Just one more day of the Halloween theme! 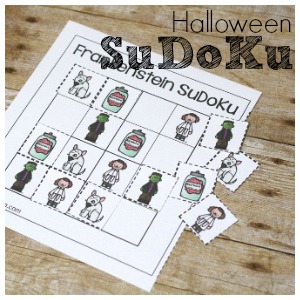 I’ve been doing SuDoKu printables for years and years now but I still come back to them again and again.  I think they provide such a unique way to work on problem solving skills and logic skills. I’m definitely one of those people who love problem solving activities.  I’ve always done word searches, crosswords, SuDoKu, and the like, for fun.  It makes me feel productive in a funny sort of way.  I wanted to introduce the boys young so they could get into it as well!  They prefer working on them as a team which works for me! 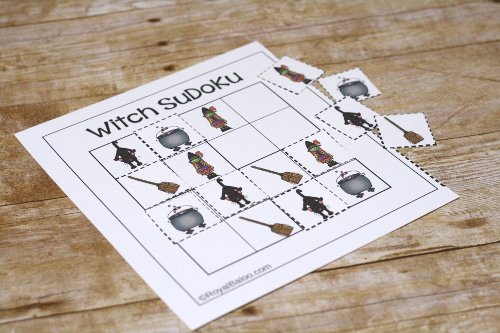 I wanted to do a few different versions because there are so many great Halloween characters.  Included in the set is a Frankenstein SuDoKu, Vampire SuDoKu, Witch SuDoKu, Wizard SuDoKu, and Skeleton SuDoKu.  They’re all 4×4 easy versions. 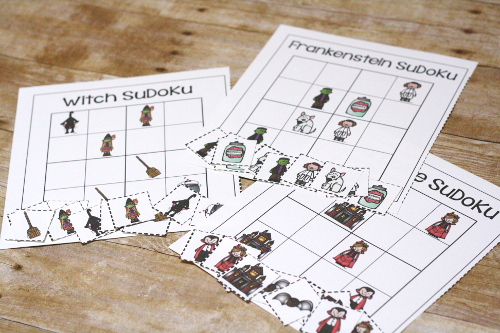 This was Logi-Bear’s favorite.  He’s been quite interested by Frankenstein since we played the Frankenstein Addition game a few days ago. 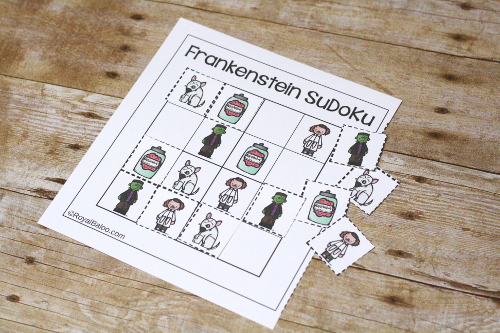 We’re close to done with the Halloween theme but there are still 25 days left of printables from both Cassie and me!  Transportation, Thanksgiving, and Dinosaurs!  Don’t miss a single one by signing up for once-a-week newsletter updates! 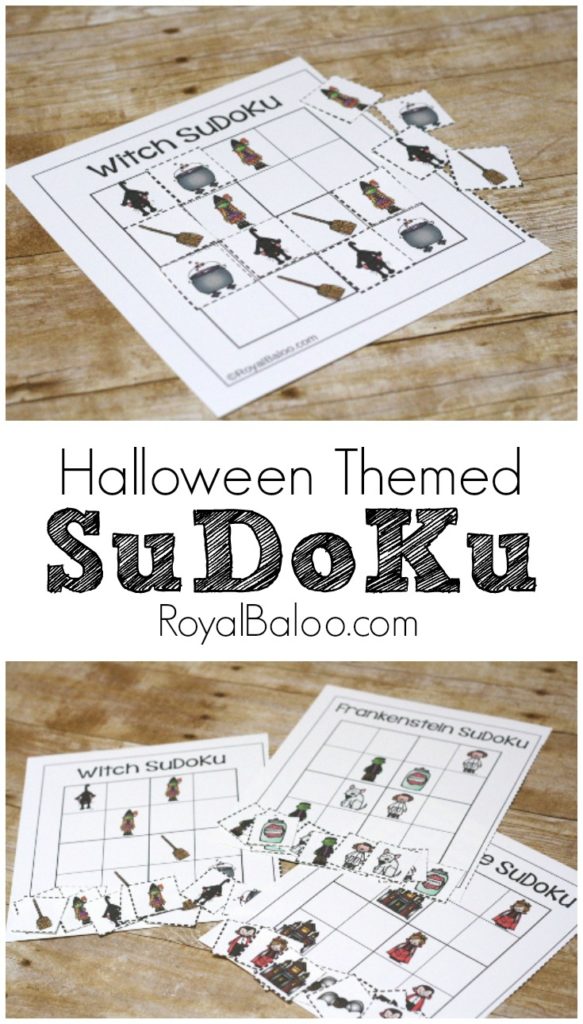