I am a big fan of anything that makes learning to read a bit more fun and engaging.  Reading is so challenging but so totally worth that, and many kids can see that from the beginning.  Logi-Bear wants to read so so badly and he tries so so hard, but I still want him to have fun learning it!  He does get frustrated with some of the more boring parts.

We use BOB Books and love them.  I mean, I made printables to go with nearly every set of BOB books!  We love them and use them often.

So when I saw the Happy Hats Beginning Reading Game from BOB Books, I had to have it.  I ordered it immediately.  As in, I saw a link and it was on it’s way 3 minutes later.  Sometimes I am impulsive.  But this was not an impulsive buy that I have regretted.  Quite opposite, this game is ah-maz-ing.  And with just a bit of tweaking, it words for both Royal and Logi-Bear. 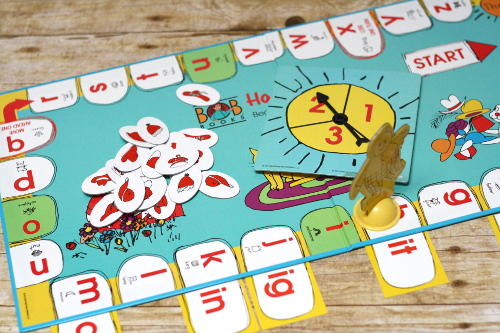 So the idea behind the game is to collect as many happy hats as possible.  Each person has a character (the same ones from the books!) and they spin to move around the board.  Each person starts with a few cards that have two letters on them, a vowel and a consonant.  The idea behind the game is to make CVC words (that stands for consonant, vowel, consonant).  CVC are typically very consistent and do not have crazy rules, so most reading programs start with them. 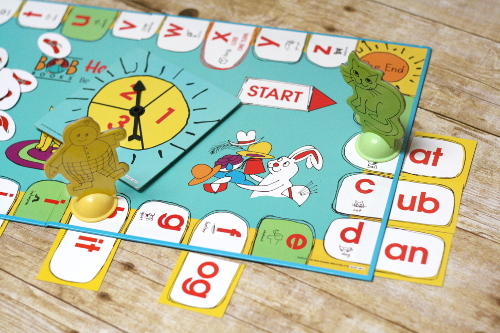 This is where I tweaked it a bit for Royal.  He’s fine with CVC words but really wanted to play.  I used post-it notes to add ‘e’s to the end of his cards.  He had to make CVCe cards and practice his silent e spelling.  Great practice for him!

At first I was worried he wouldn’t be able to find many words, but I was quite wrong.  In fact, he was able to find CVCe words with almost every single card.  And it was even great because he would read the CVC word, then add the e, and then read the CVCe word.  It really made him think about the long vowel sound. 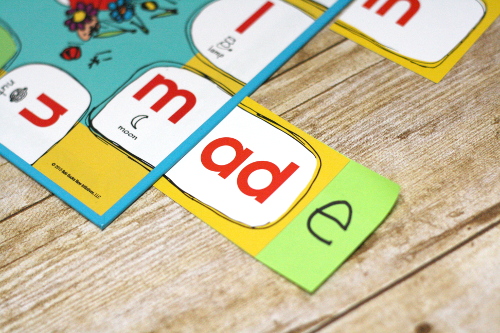 They love this game.  And it’s one of the few games that they don’t get all squirmy by the end.  Plus, as you’ve seen, it’s fairly simple.  They also don’t do well with games with a bunch of rules they have to learn.

In fact, I went to take pictures and realized our box was a mess.  This is like, a month into owning the game.  I was about to e-mail BOB Books and ask for a pretty picture when I realized – this is perfect!  This is real.  This is what a loved game looks like (well, in our house, because we’re a lot messy.).  This here is the proof that we play this game often and it is enjoyed. 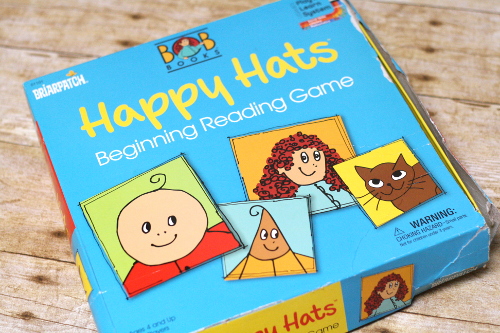 Oh and I have to mention the hats real quick.  I thought these were kind of inconsequential.  Cute and whatnot but not necessary.  How wrong I was!  They LOVED the hats.  Their entire goal was to collect each hat.  It kept the game going far longer than without the hats.  I have to admit, the hats are very cute though. 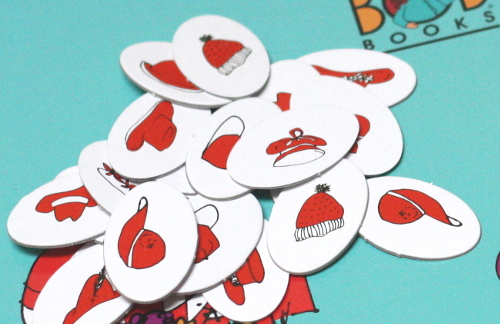 I know you want this game yesterday and luckily, it’s on Amazon Prime (We’ve had prime for about 2-3 months and I already forget what it’s like to have to wait a full week for something.  Prime student = amazingness) 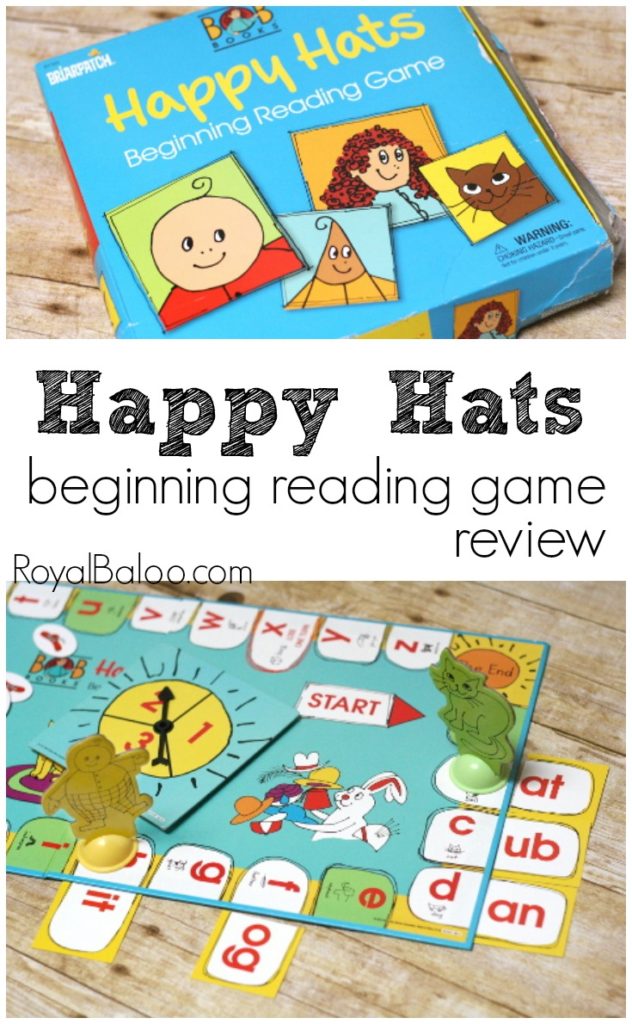