Skip to content
Enjoy the stars a bit more with Harry Potter Astronomy. Learn about relevant constellations, Jupiter’s Moons, and star gazing!
One of the few subjects in Harry Potter that nearly directly translates to the muggle world is astronomy.  They didn’t study it quite like we do and it seems that astronomy was much more important in the wizard world.  But as it turns out, J.K. Rowling read up on her stuff before writing about astronomy in the books (for the most part). 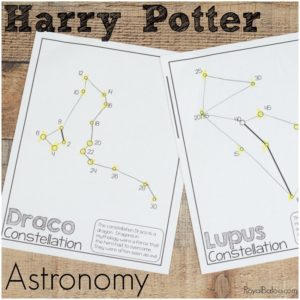 As a kid I couldn’t be bothered with constellations, but as an adult I started learning how to spot some of them.  Turns out, with a bit of practice, it’s quite easy to find and remember the constellations.  Just like with anything!  We are trying to make it a goal to go out more often at night and just watch the night sky.  In our city there are light ordinances so it’s actually not a bad place to star gaze!

I decided to focus on 3 constellations that are most related to Harry Potter: Canis Major, Lupus, and Draco the Dragon.  Canis Major is a dog constellation and the brightest star is called Sirius.  Sirius in Harry Potter is an animagus who turns into a big black dog.

Lupus is a werewolf and likely to inspiration for Professor Lupin.

Draco Malfoy is named after Draco the Dragon. 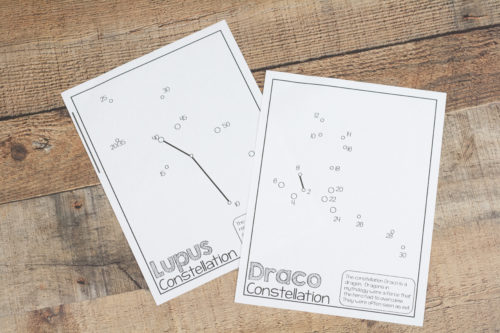 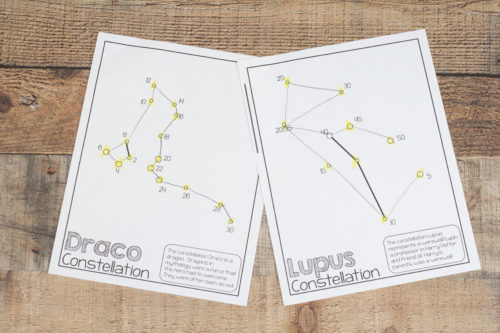 In Harry Potter and the Order of the Phoenix (book 5) the students are assigned an essay on Jupiter’s moons.  Thanks to Hermione’s diligence in correcting Ron and Harry’s essays, we learn about a few of the moons.

Now, I’m not sure about anyone else, but when we study moons we rarely get to talking about other planet’s moons.  So what could be more fun than picking up a few more moon facts?

Here’s a bit of what I learned: 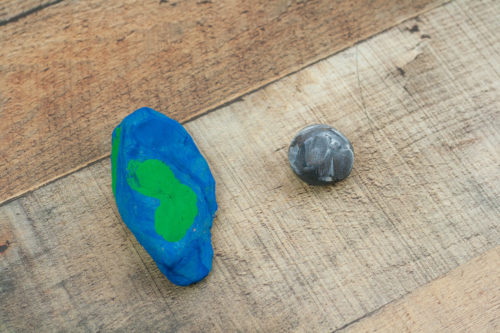 Instead of making a traditional solar system, we decided to paint rocks to represents the Earth, our moon, Jupiter, and Jupiter’s four largest moons.

It took us awhile to find rocks fitting all those descriptions but we did!  Jupiter is a little more than 11 times as big as Earth.  We did not have a rock to fit that but you might be able to find one. 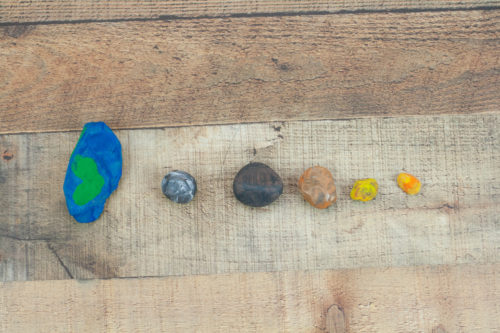 No astronomy unit would be complete without star gazing.  We printed out a copy of Uncle Al’s Sky Wheel that was modified to include Bellatrix and Alphard. Then we laid out a blanket and waited for the stars to come out. There are many apps today to help with star gazing, but I have not used one enough to recommend.  Try a few to see one that works.  Unfortunately, stars change based on season and location so there is not one size fits all option.

We tried to get ready early in the day so we could just go enjoy the stars that evening.  I had two little ones that didn’t quite feel like waiting… 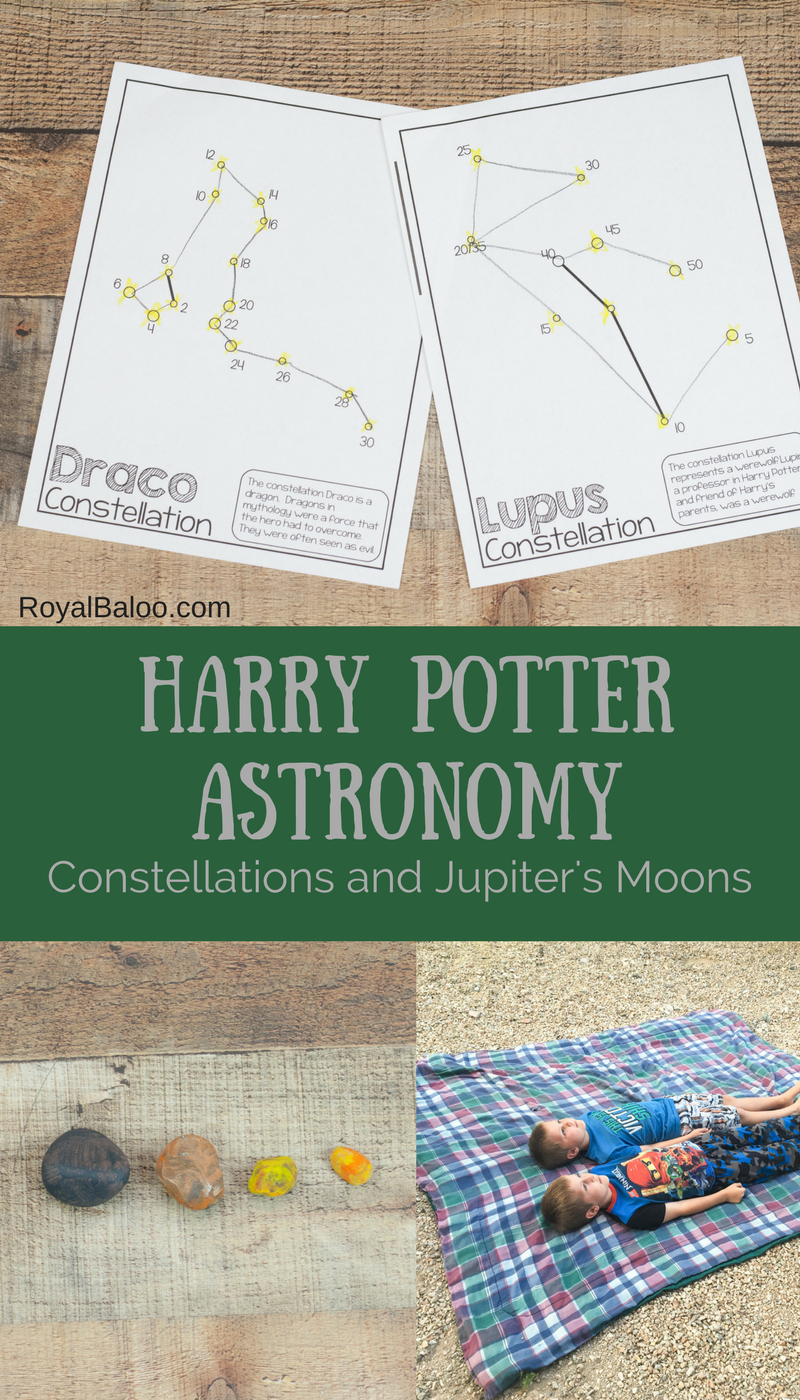