It’s not hard to make history come alive by adding in activities, crafts, projects, and of course, history games! History is much better when it feels like play and not work.

So I had to make a version of the Mesopotamian game that we call The Royal Game of Ur. What better way to connect with our past than to enjoy some of the same pasttimes? 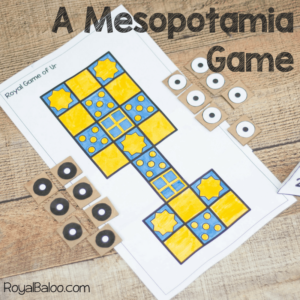 My kids love the days when we choose to play games as school.

And frankly, I love them too. Because for a moment they step out of the ‘school mindset’ and just enjoy the learning. They aren’t worried about the right answer or the right way to do something. They just want to win.

As hard as I’ve tried to make our homeschool a low key learning environment, it can still be stressful. But games can remove us from the stress and just let us have fun. 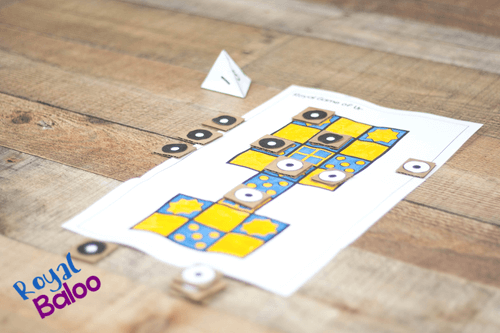 What is The Royal Game of Ur

Growing up I didn’t realize that people had games way back when. I remember feeling really bad that kids didn’t just get to play.

Well, it turns out that I could have saved my energy because kids way back when did have time to play. And they played some pretty great games.

We don’t know about all of the games they played. But we do have enough evidence for some of them to discern the rules and general game play.

The Royal Game of Ur is one of those games. We have pictures of people from Mesopotamia playing from as far back as 2600 BCE.

The game was depicted in the Royal Tombs of Ur in Iraq which is how it got its name. It’s also called the Game of Twenty Squares. And was known as Asseb in Egypt.

A game board was even found in King Tut’s tomb! 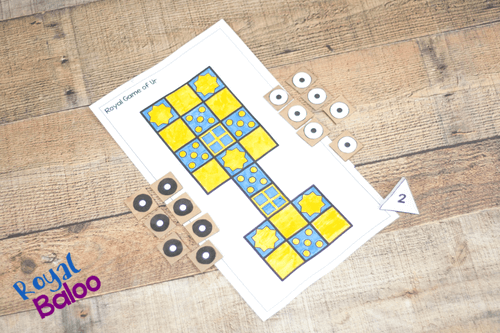 How to Play the Royal Game of Ur

Gameplay is fairly simple and doesn’t require a lot of knowledge. All of my kids were able to play (from 7 to 12) and have a good time playing.

1. Place player pieces on each side of the board.
2. First player rolls the pyramid dice. The number on bottom is the number rolled.
3. Player can move one piece the number rolled. Pieces move according to diagram (pictured below).
4. Player two rolls dice and moves to correct number of spaces.
5. If one player lands on the piece of another, that 2nd players piece is removed from play and must start over.
6. The spaces protect players from being bumped.
7. Two pieces may not share one space.
8. Players must roll the exact number to get their pieces off the board.
9. First person to get all of their pieces off the board is the winner. 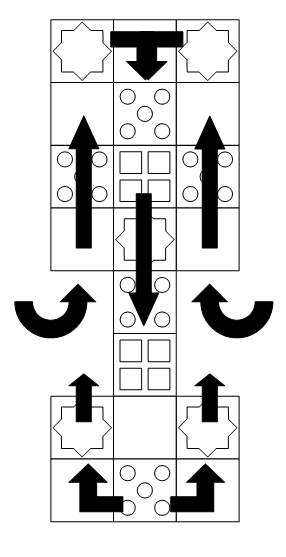 Where to Play the History Game

I have made a printable version that you can print and put together and play. But I’ve also found an app, an online game, and a game to purchase.

If you’d like to play on your phone, there is an app called 20 Squares.

If you’d like to play online, there is a playable version at Your Turn My Turn.

If you’d like to purchase a real set, Amazon has a set called The Game of Ur.

Or you can download my version for free as a perk of signing up for my newsletter! The link is below. 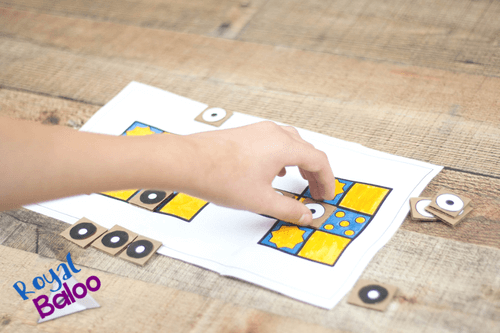 Quick Note**
I made this as a part of a secular history curriculum that I’ve been working on. It’s not done yet but I will be releasing more information soon. You’re welcome to sign up for my newsletter below or e-mail me directly (erin (at) royalbaloo.com) to get more information! 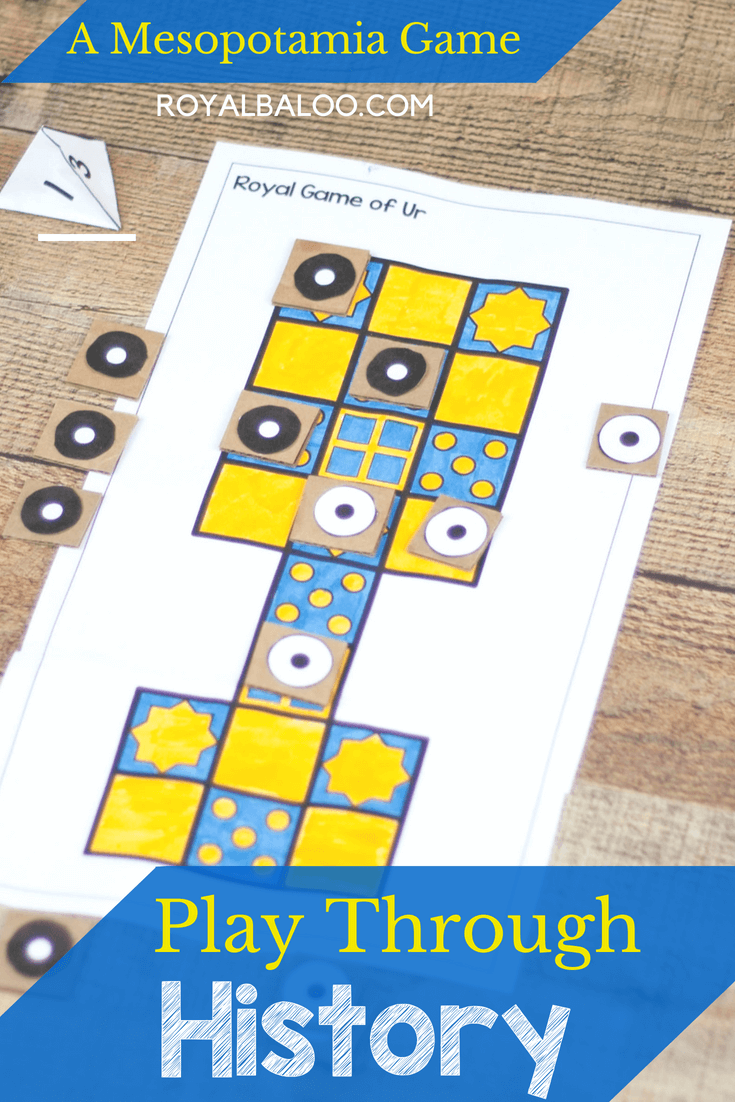