We are going to end up carving 6 pumpkins this year, I just know it.  I got all excited when I saw pumpkins in the store last week and we bought some.  Halloween is a month away still!  There is simply no way these will last that long.  The holidays have already got me thinking crazy.  So we will carve these and carve some more in a few weeks.  I guess that’s what the holiday’s are all about, right? 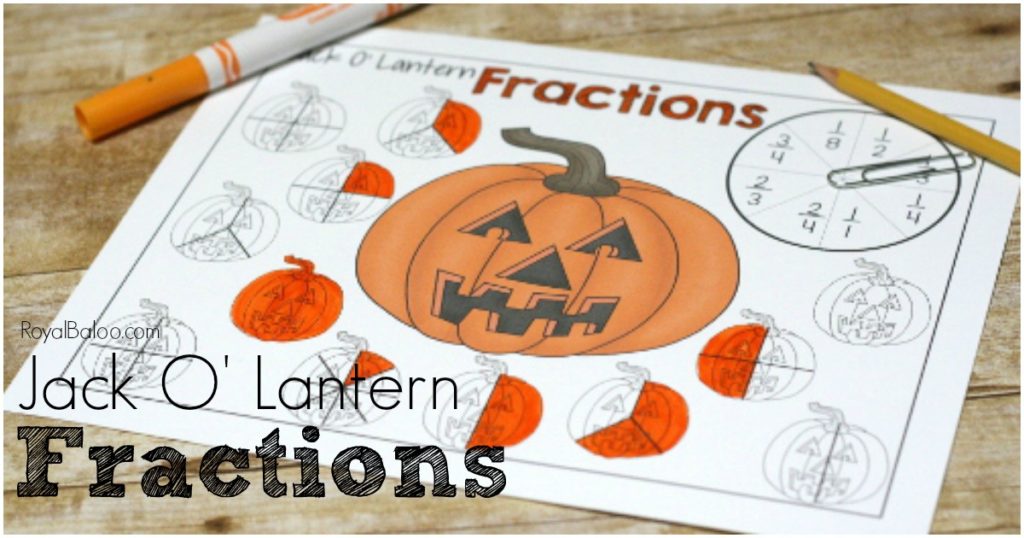 While looking at the pumpkin, I thought it would be fun to do a fraction activity.  Anything that looks found makes me think of pumpkins!  And since Halloween is so close, why not make them Jack O Lantern Fractions, right?

So the Jack O Lantern fractions became day 3 of my (and Cassie’s) 31 Days of Printables! 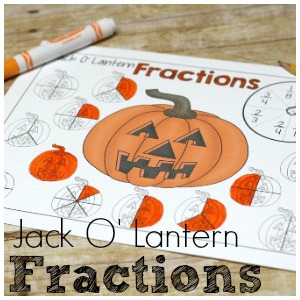 There are two different pages for kids learning fractions at different levels.  The first is slightly more advanced.  The idea is to spin for a fraction.  Then, choose a jack o lantern and fill in the fraction.  There are spots for halves, thirds, fourth, and a whole. 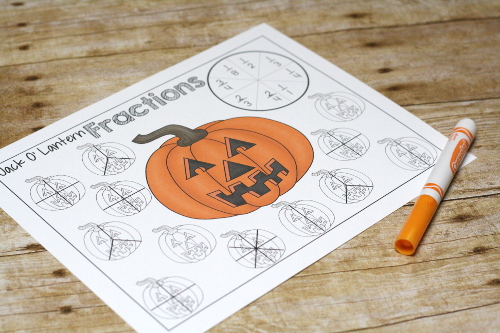 Just fill in what you roll! 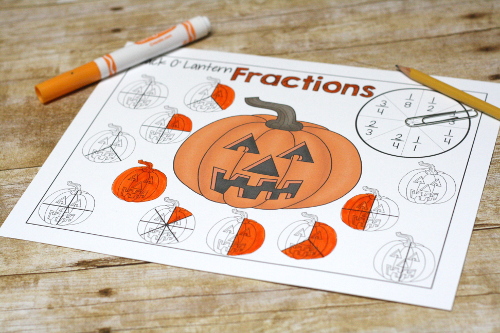 The second version is for kids just learning fractions in the hopes they can identify halves, thirds, fourths, and wholes, but not actually color in a particular fraction. Royal (7) is just beginning fractions and I wanted to have an option for him.  He’s not quite ready to differentiate between 3/4 and 1/4, but he is ready to see that something is divided into thirds versus fourths. 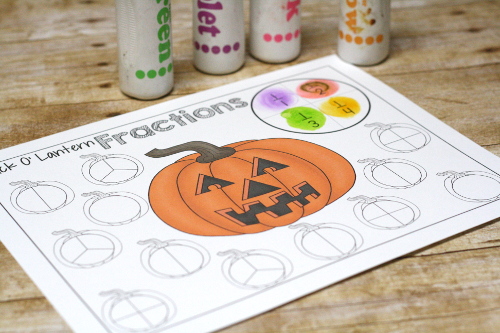 We used dot markers and assigned a color to each fraction on the spinner.

Then we spun and dotted the fractions according to the spin! 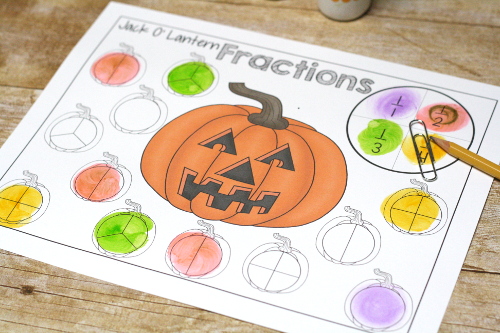 Sign up for the newsletter dedicated just to these 31 Days!  No spam, just one e-mail a week! 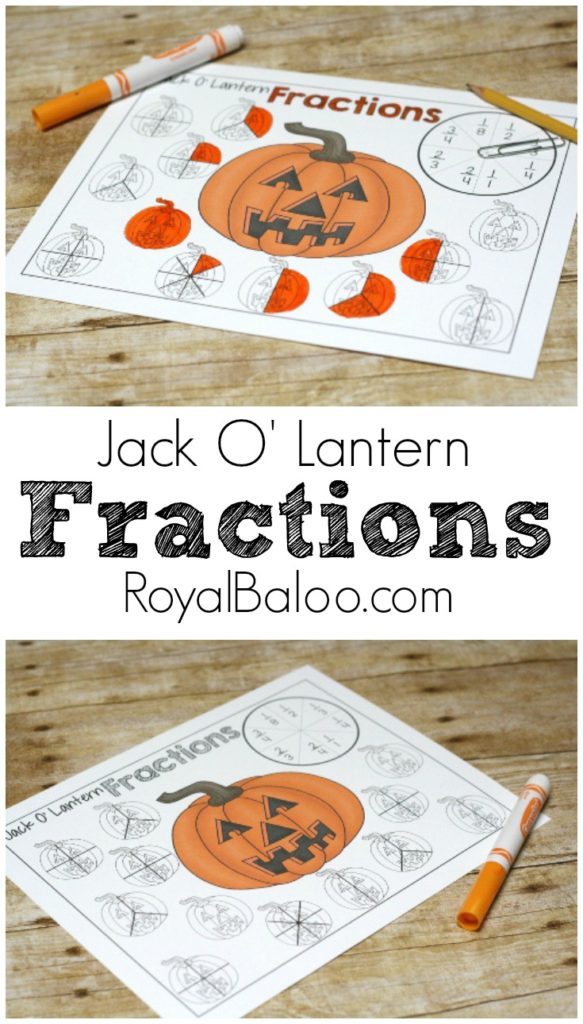