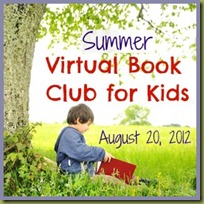 The virtual book club author this month is Kevin Henkes.  I’m going to admit that at the beginning of the month I had no clue who he was.  I choose this book upon reading the description and feeling like we could relate to it.  Owen is a little boy mouse who carries his blanket with him everywhere (sounds kinda like Baloo).  In the book the neighbor, Mrs. Tweezers, is pushing Owen’s parents to get rid of the blanket.  She comes up with a few different ways to get rid of it, but in the end they figure something out that is just right for Owen.

Baloo has 2 green blankies that don’t go everywhere with him, but they go with him often enough that we are thinking of ways to get him to leave it behind.  I read Owen with him hoping that he would love the idea of sewing his blankies into handkerchiefs…but he didn’t.  In fact, he hated the idea so much he almost started to cry.  So I went to plan B.  We sewed other fabric into handkerchiefs.  Maybe one day he will be ready to give up his blankies!

I think everyone, boys and girls alike, should be taught to sew.  It’s such a useful skill to have and it’s so easy to sew something simple like a handkerchief!  I taught Baloo and he picked it up immediately.  Here he is sewing on the wrong side before we flipped it over. 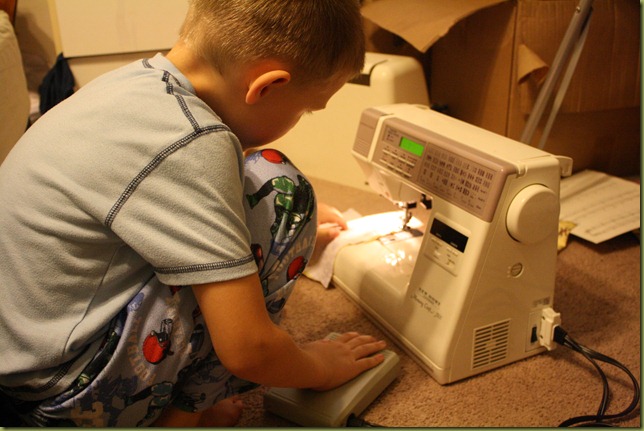 Even with an audience! 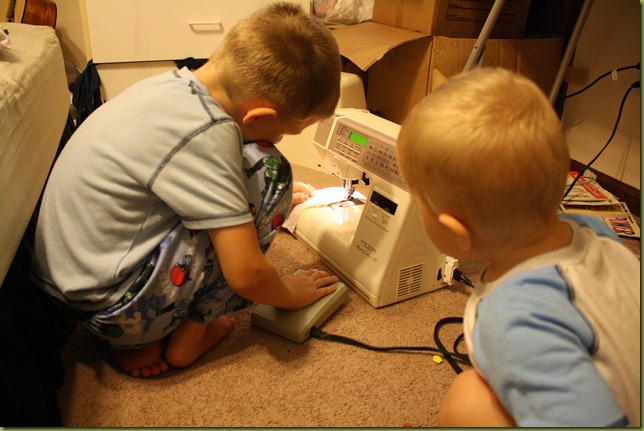 He looks like a pro just guiding it along… 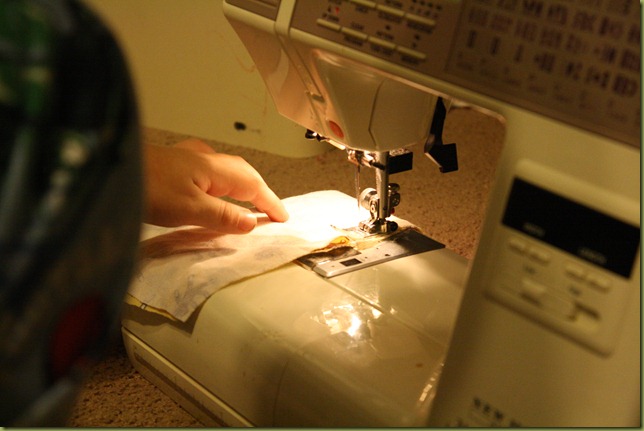 In the end we had 3 handkerchiefs.  The next step was to think of all the fun ways we could play with them!  We used them as handkerchiefs (except for Baloo.  He says that’s gross).  We used them as parachutes, bedcovers for animals, and capes for dolls.  We used them to wipe up a mess or marker on a white out board.  I’m sure we will keep on using them and thinking up new ways to use just a square piece of fabric.

Using the handkerchief as a mask

And maybe one day Baloo will let me make handkerchiefs out of his blankies.

4 thoughts on “Learning to Sew is for Boys”