LEGO is the key to all learning.  Okay, not literally, but my kids flip out when I grab the LEGO Bricks during school time.  They get so excited.  So of course we had to do LEGO Place Value when that topic came up!

Let me back up a bit.  I took a challenge to minimalize my life.  We had this plan to move into a bigger place and have a school room and all that.  My husband and I decided we’d rather save our money, get a smaller place, own less stuff, and travel more.  Or spend more money on Pokemon…not sure what his ultimate goal is at this point.

We have a collection of math manipulatives which have been featured over the years.  I’m getting rid of all of it.  The gems, the stickers, dot sticks, googley eyes, etc.

So my challenge is to determine how many math concepts we can learn using LEGO and only LEGO.  I want to figure out what we can get rid of and make sure there isn’t anything to hold on to.  My theory is that the LEGO Bricks are all that is needed for a good math manipulative collection.  Every Tuesday I’m going to feature a new math concept with LEGO. 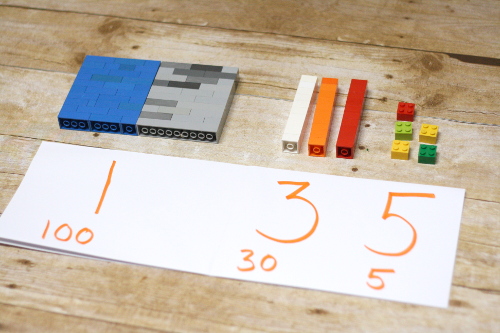 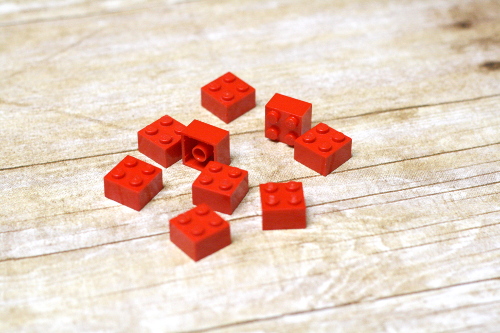 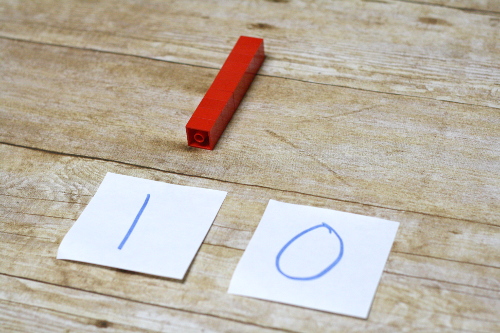 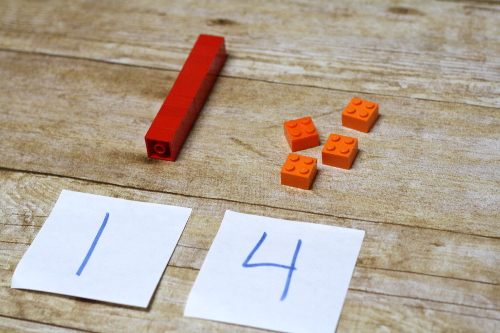 We go back and compare how big a 100 block is to a 10 block to a 1 block.  The size difference often makes a big impression on them.

Finally, we roll the dice and change either the ten or the ones (or the hundreds, if we’ve collected that many LEGO Bricks).  I do this to illustrate that just because a ten changes doesn’t mean a once does as well, and vice versa. 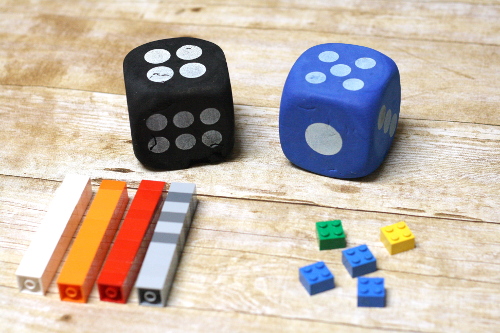 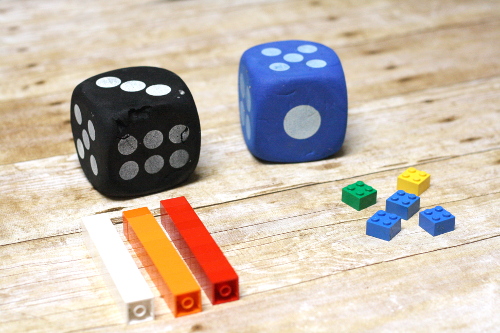 We don’t always have the blocks in just one color.  For two reasons:

So that’s the basic of how we introduce place value with LEGO Bricks. 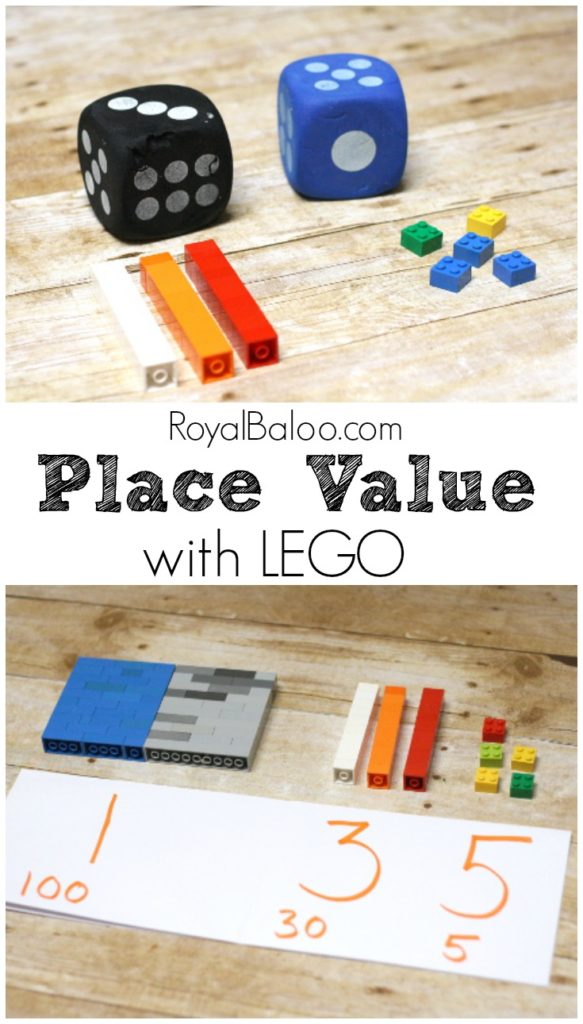