My kids have, historically, had the hardest time with skip counting.  I swear, they’ve all given me the same look when I try to explain skip counting.  Kind of like “This is so much harder than just counting by 1’s”.  That really skeptical look, ya know?. 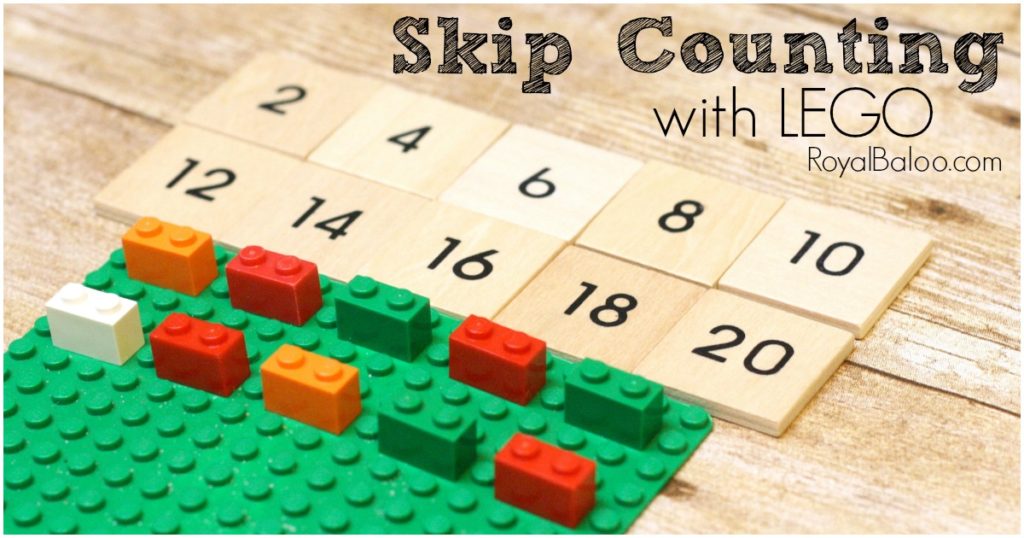 And I get it, they just learned to count by 1s and mastered it and now I’m introducing another method that doesn’t seem to save time.  In addition, we’ve insisted that they have to say every single number and not skip anyway, and now we’re telling them to skip numbers.

So, I have to illustrate that’s it’s faster and convince them it’s worth learning.  Honestly, that doesn’t always work.  Sometimes we leave skip counting alone until we get to multiplication.  But I do try to at least introduce skip counting in some way and that is where LEGO Skip counting comes in.  They’re almost always willing to listen to me when LEGO bricks are around.  Almost always. 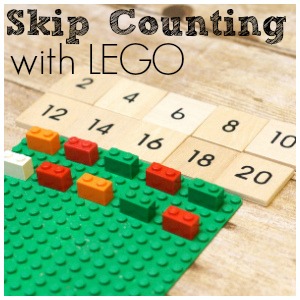 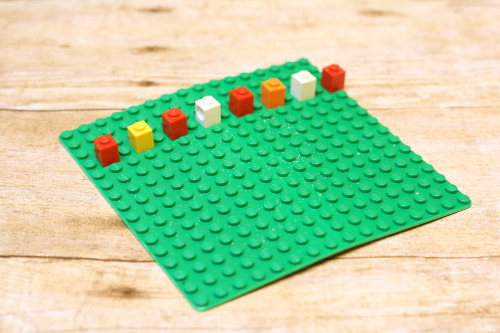 Then I set up the 1×2’s so there would be 8 bumps on 4 blocks.  We counted the singles again and then I did the twos so they could see it was faster. 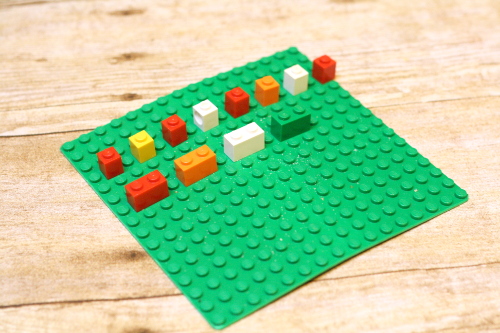 They weren’t totally convinced.  But I kept at it anyway.  I wanted to at least visually explain skip counting and why it works.  We had LEGO bricks for 2s, 3s, 4s, 6s, and 8s. 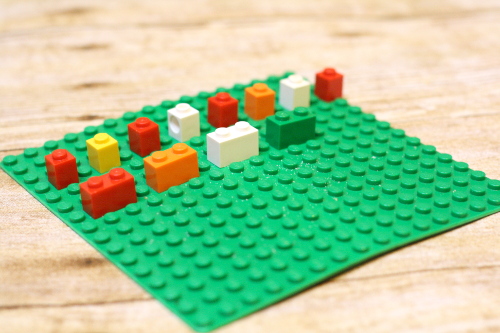 We did this with all the options, but I won’t bore you.  I used our numbers from our awesome wooden 100 chart.

We set out the bricks with a small space.  Then we counted.  I had them count it out as we put the numbers out.  Then when we had all the bricks we would just skip count by the wooden numbers. 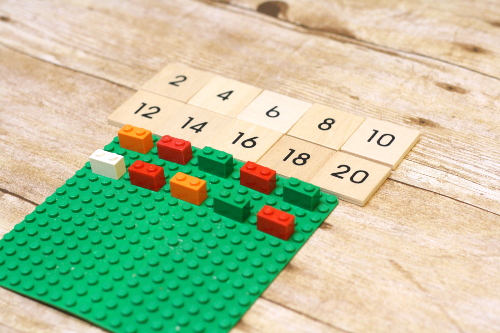 The LEGO Bricks were an excellent way to really see the skip counting and why it works.  I can’t say I convinced them that it was useful or that they needed to learn it.  But at least they understand what it is and why it works.

When it comes to memorizing multiplication facts, I’m sure we will revisit this activity! 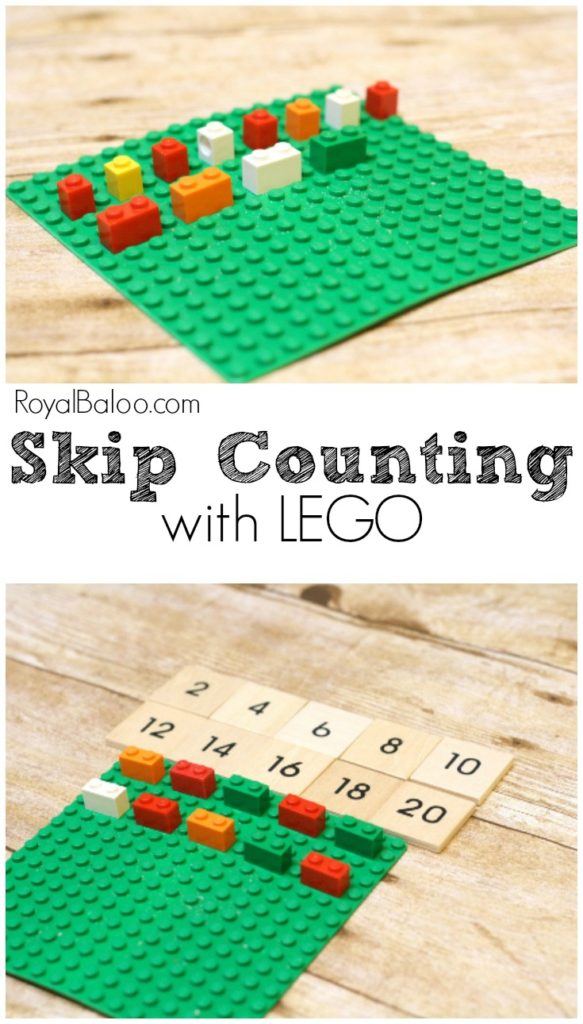