My kids hate math and sometimes that makes me feel like a failure.

Okay that was a bit dramatic, but not far from the truth.  Baloo really hates math and I often feel like I have failed him in that area.  He’s not bad at math (although it’s also not his strength) but he does lack confidence in his math abilities.  On the other hand, math has always been a strong point for me and I just assumed they would follow in my path.  Baloo’s hatred of math has little to do with his abilities and everything to do with people who have made math boring.  As I try to work with him on that, I remind myself that Royal and Logi-Bear could easily fall into the same trap.  So I go a bit too far on the making math fun side.  But they don’t hate math (yet) so I’m not willing to give up.

I’ve been working on LEGO math ideas and making math fun for a few weeks and it’s gotten me excited about teaching math again.  The boys are really responding to it. 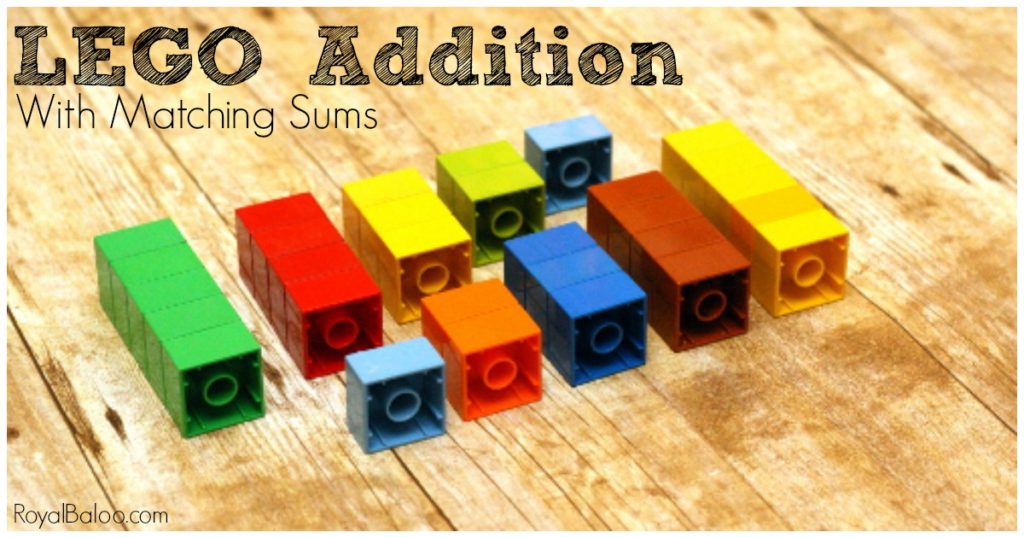 Today Logi-Bear and I were working on missing addends with a common sum.  So we found multiple ways to make 7, 9, 10, etc.  He is still very visual so the LEGO sums were perfect for explaining this concept.  I’m going to illustrate using LEGO in sets of 5.

We used DUPLO Lego for this because they’re bigger, I could easily find more of them in our house, and sometimes I like to change things up.  I love these sets of DUPLO Lego because they have a lot of basic pieces (unlike many DUPLO sets that have very specialized pieces) and because they both have numbers on the bricks!

First, we would look at the sum we were working on (5s) and make one pile with 5 bricks.  We could use that one pile to separate 5 into different ways.  I wanted to illustrate with colors though, so we worked on this set up with multiple ways to make 5. 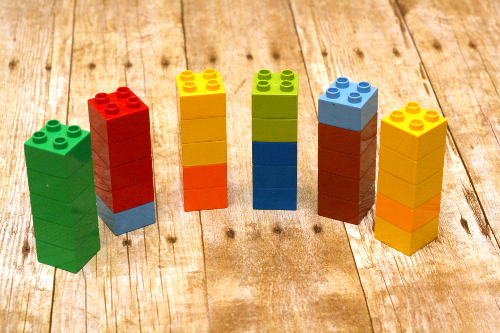 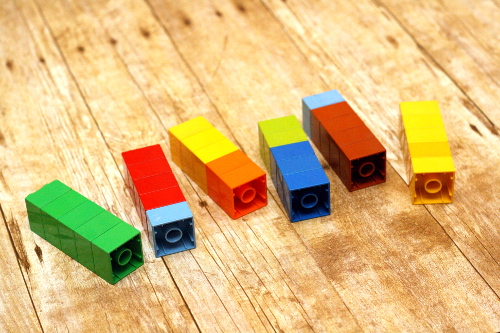 Putting them into one block helped show that they all equal 5, but there are many ways of making 5. 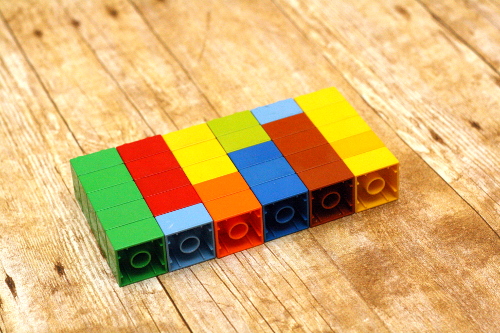 “If you have 3 yellow blocks and I give you two orange blocks, how many blocks do you have?” 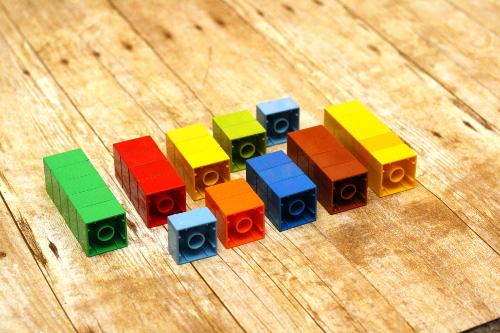 I think working on exercises like this and letting them work out how to make the groups helps them to memorize the addition facts.  After a few times Logi-Bear was able to remember some of the facts. 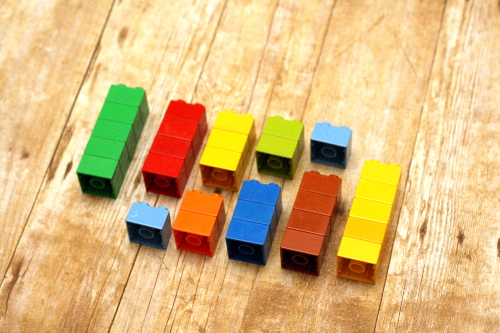 We’ve worked with regular LEGO up until this point and now I’m throwing DUPLO into the mix.  Honestly, we have a less variety in DUPLO pieces which means I am able to find tons and tons of the same brick in different colors.  It was great for this.