This game is so utterly simple I daresay it’s almost brilliant.  But it has been the most popular math activity we’ve ever done – with all three boys!!!  I had to adjust a little to make it fit for all of them, but I’m more than willing to do that if it means we get to sit for an hour and play math.

Incidentally, this really has nothing to do with St. Patricks Day other than the fact that it’s green.  Small oversight on my part.  It’s still fun though!! 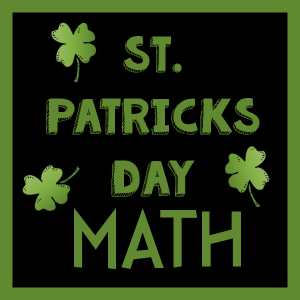 Go here to see the rest of the St. Patricks Day Math Activities!

So the idea behind the game is pretty simple.  The goal is to practice math facts that equal ten.  There are so many ways in which having your 10 facts memorized gives you an advantage that it’s something I like to work on.

All you  need for the game is the game board, the cards, and a few small tokens to mark your place (one per person).  Shuffle the cards (I printed out 3 copies) and place them face down.  Each person picks up a card in turn, determines how much you add to that number to make 10, and then moves to that number.  So if you picked the ‘3’ card you’d determined that 3+7=10 and move your token to the next ‘7’ place.  Then the next person draws and continues in the same fashion.

Logi-Bear is just starting with addition.  I didn’t want him to get frustrated so I make him a cheat sheet.  I just listed each number bond 1-9 so he could reference it.  By the end of our games he had 3+7 and 5+5 memorized already.

The game is relatively short.  The numbers are all repeated 3 times (with a few extra 5s in there).  In theory, one could make it through in 3 turns.  It took us closer to 5 or 6 turns.

And we found out that if if you fall way way behind, it’s easy to catch up.  The winner of this game was the person in last place!! 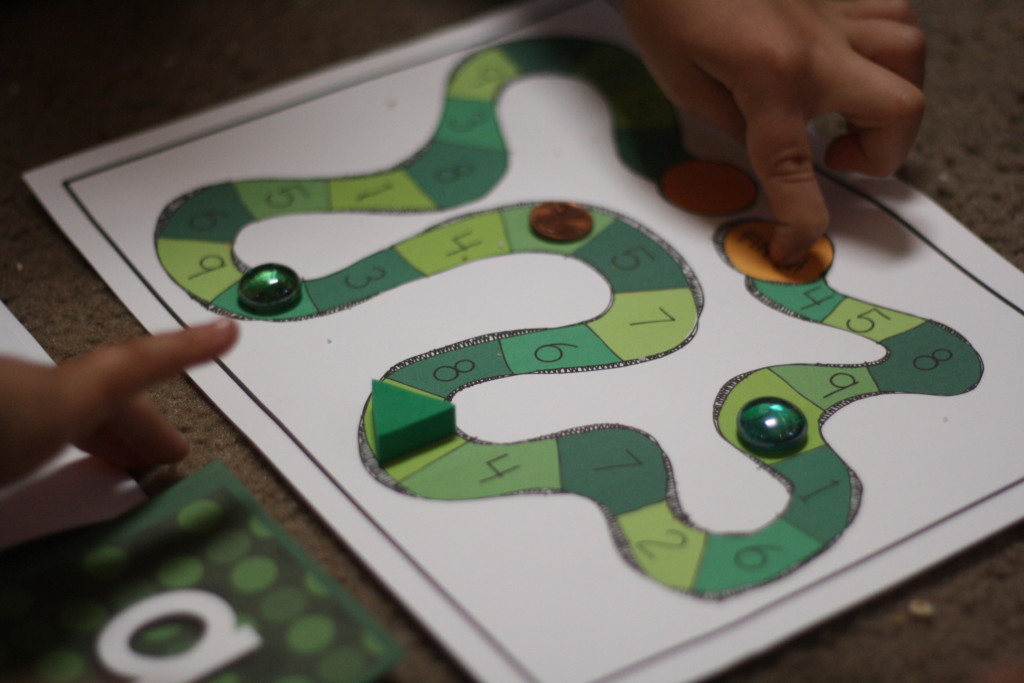 This game was a mega hit with the boys.  We played for at least an hour when I had to stop them.  We will certainly play again (and I think I’ll have to make more version for other facts…maybe even doubles and other methods!) 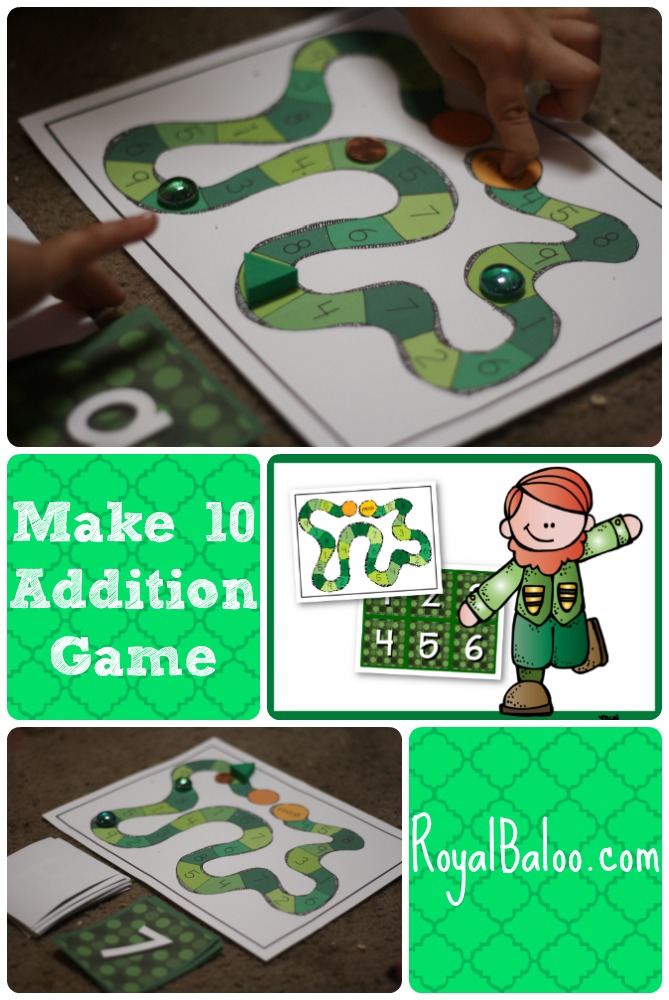