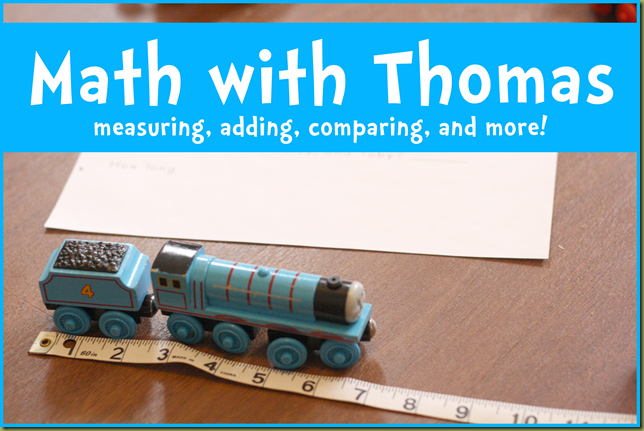 When Baloo was younger he was really into Thomas the Tank Engine – really really into!  For 2 years the only thing he got for birthdays and Christmas was trains and tracks.  They haven’t been out in awhile, but now that we have some space they have been out every day for weeks!  Baloo loves to put together large intricate tracks, and Royal and Logi-Bear love playing with his set-ups!

The other day I thought it was time to put the trains to good use – math practice!  I threw together a few quick math sheets that we could use with the trains and we were set!

I had considered not using any worksheet type materials, but Baloo needs all the handwriting practice he can get.  I hate forcing him to do handwriting sheets so I try to sneak it in wherever I can.

I started by asking the boys to get out ALL of the trains.  We made a big pile. 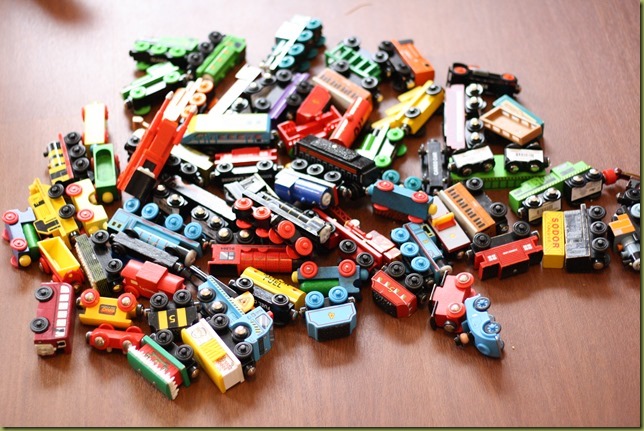 Then we sorted them by color.  I tried to have Royal very involved in this part, but he was in a really goofy mood. 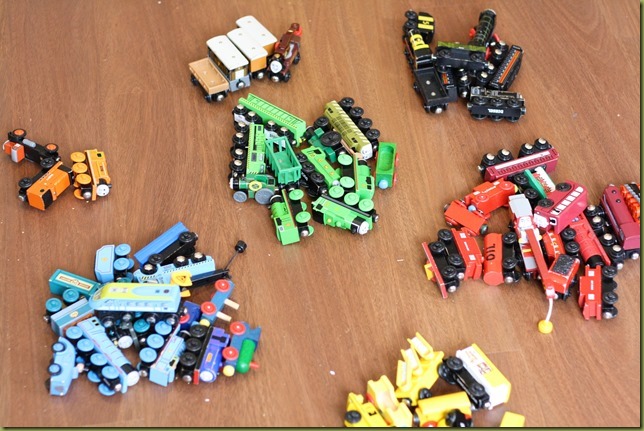 I had Baloo use tally marks to count the trains, and Royal did the graphing sheet. 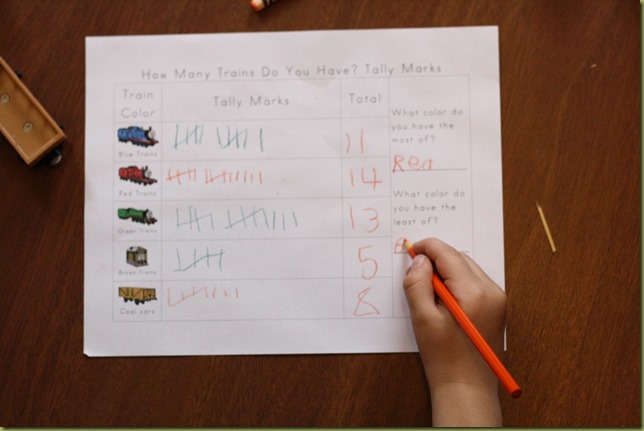 Once we were finished with counting the, we moved onto comparing.  Baloo wrote the amounts and I had him add in greater than or less than. 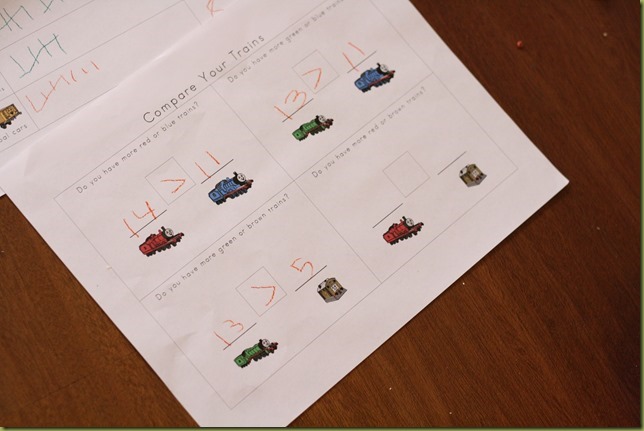 Then we moved onto measuring.  I have a few measuring tapes from sewing and have donated a few to the boys school cabinet.  I’ve seen them carrying the tape measures around a few times now!  Baloo measured according to the sheet and wrote down the answers.  He thought Gordon would be longer for sure! 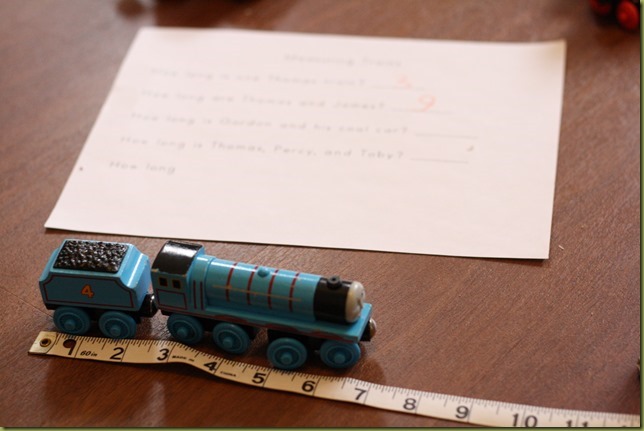 By this point most of the trains had been taken over by the younger boys, so Baloo and I grabbed a handful of green, red, blue, and brown for math.  I would set up the trains separated by color while he counted them and wrote down the equation.  Then we would connect them so he could complete the problem.

We finished off by making a large number line town.  We made the train tracks and then drew in some buildings – a house, library, grocery store, hotel, and McDonalds.  Baloo later added in a few more – train station, bank, another house… 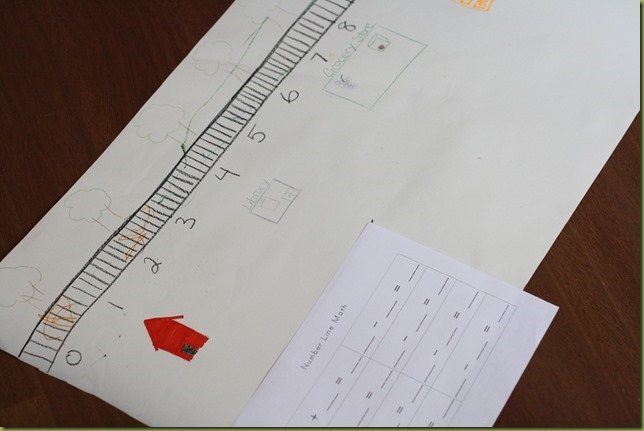 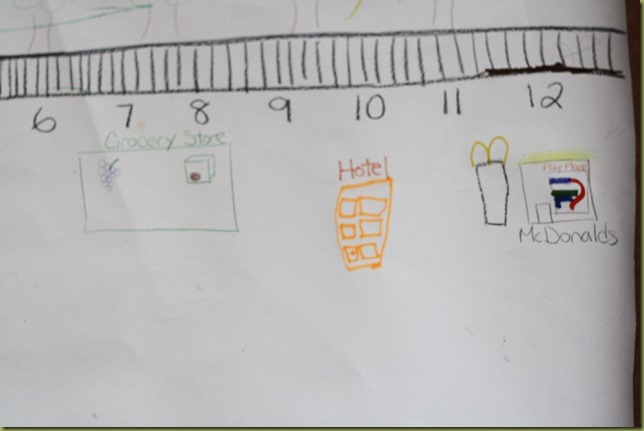 Baloo choose a train (Toby) and I told him where to go.  We started at the house and I told him to move 6 spaces.  He would count, tell me where he ended up, and write the problem. 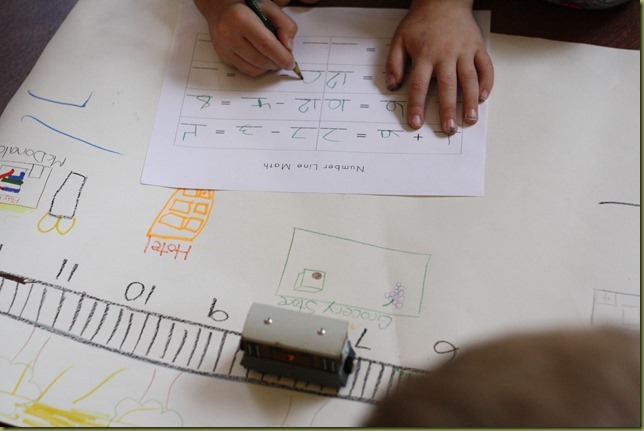 Check out The Pleasantest Thing for some great train math ideas for preschoolers!  I would have loved to do more with Royal but he was in such a goofy mood he wouldn’t even sit still!

9 thoughts on “Math with Thomas the Tank Engine”