Multiplication is one of those topics that we come back to again and again.  For some reason, memorizing his times tables is the bane of Baloo’s existence.  We don’t necessarily push it too hard, but I do think it is important.  Having your multiplication tables memorized makes higher math so so so much easier.  I know he is capable of memorizing them too, so we put some time and energy into it.  But can I be honest?  Practicing multiplication facts is not always fun.  When we had the opportunity to check out HoliMaths Multiplication game, I jumped at it.  And we have not been disappointed.

What I Love About HoliMaths Multiplication Game

First, this game got my kids invested in learning their multiplication tables.  Baloo was reluctant at first but Royal was absolutely thrilled.  In fact, he wasn’t even learning multiplication when we got the game but he demanded to be taught.  He wanted to play the game.  And there was no way Baloo was going to be left behind so he started polishing his facts too.

And you know Logi-Bear wasn’t missing out on the fun.  I was worried that he would feel frustrated, but I taught him and Royal how to use the times tables chart.

They were able to keep up with the rest of us and they were practicing their math.

Second, there are many ways to play (ten different games with these cards!).  The games all present different difficulties but what I love is that we will never get bored of this game.  Once we’ve had enough of one game, we will move on to another.  We’ve been playing for a month or two now though and no sign of boredom yet!

Third, the game lets you play in manageable chunks.  On the first game, if you play as intended, you only practice 2-4 facts at one time.  This small amount of facts prevented the boys from feeling overwhelmed, especially the first few times we played.  Plus, it helped them recognize the patterns that exist in multiplication. 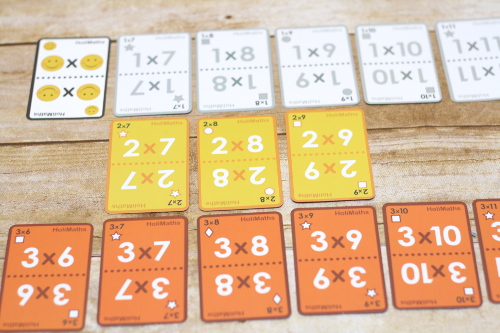 I also love that each multiplication set has it’s own unique color.  I think that’s the organizational part of me talking though. 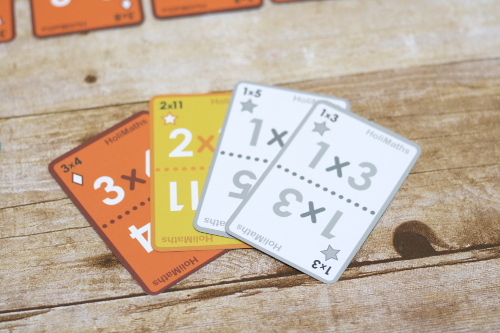 How to Play HoliMaths Multiplication Game

As I said, there are ten games you can play with these cards.  I’m going to review the one we’ve played most often which is called Stairs Game Play.

To start, choose what tables you will practice.  We started with tables 1-3 since we had a kids that were new to multiplication.  Shuffle all the cards for tables 1-3 plus their wild cards.  Deal 6 cards to each player.  Then flip over one card and put it in the middle.  This is the card that everyone will work off of.

The idea is to complete the tables in order from 1-12 horizontally and in numerical order of tables vertically (so we did tables 1 through 3.  The 1 table would be on top, followed by 2 table and then 3).

When you place a card you have to figure out the answer. 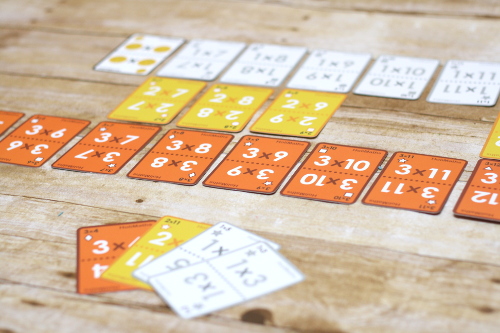 The boys were so excited to play that I wanted to do something a bit crazy and get out all 12 tables.  I knew it would be an extra challenge but I wanted to play on their excitement.  We handed out 12 cards each instead of 6, to make sure we would be able to keep the game moving. 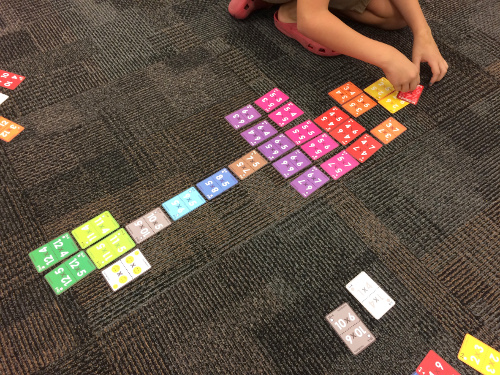 It got big fast.  But since the game was so sprawled out it actually encouraged them to be active as we played.  They were frog hopping and crab crawling to put their cards down.

We didn’t get all the numbers down but we did make it pretty far!  Lots and lots of multiplication practice that day!! 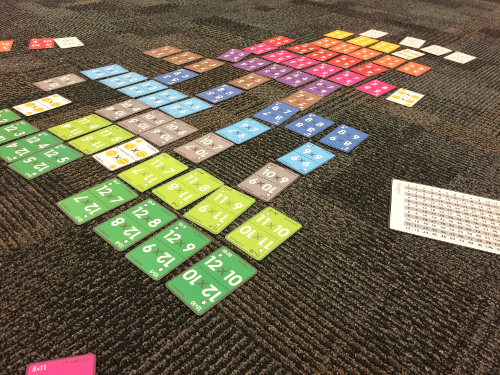 Who Is HoliMaths Multiplication Game For?

Anyone!  Well, anyone learning multiplication.  It’s more fun than just a multiplication game though.  There is strategy involved with many of the games with gives it the feel of a real game and not just multiplication practice.  Adults could easily play this game and enjoy themselves!

Third and fourth graders are probably the intended audience.  But my kinder (5) and 2nd grade (7) year olds quite enjoyed playing themselves!

Where to Buy HoliMaths Multiplication Game

They have a Kickstarter campaign running right now, so don’t miss it!

If you buy the product (in kickstarter) and win the giveaway, HoliPlay will refund your money. 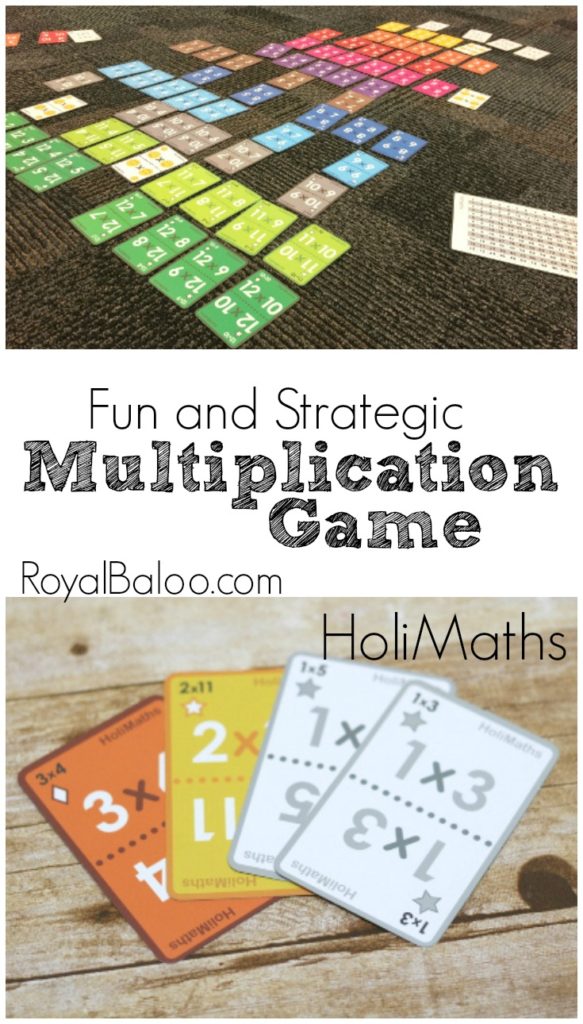