We have a tendency to discuss higher level concepts on a very muted level early on.  Mostly because I love puns and it’s hard to share Pi puns with kids who haven’t learned about Pi.  And secondly because I want Pi on March 14th, and the easiest excuse is that it’s Pi Day.

Really though, I would like to share these concepts with my younger kids so I’m trying to prepare activities for them on their level.  This color by Shape (or number) activity won’t teach them how to calculate Pi or figure out the circumference of a circle.  But it will introduce them to the concept of pi, which is valuable in it’s own right!

You may also like my Pi Printable Board Game for a fun Pi Day activity! 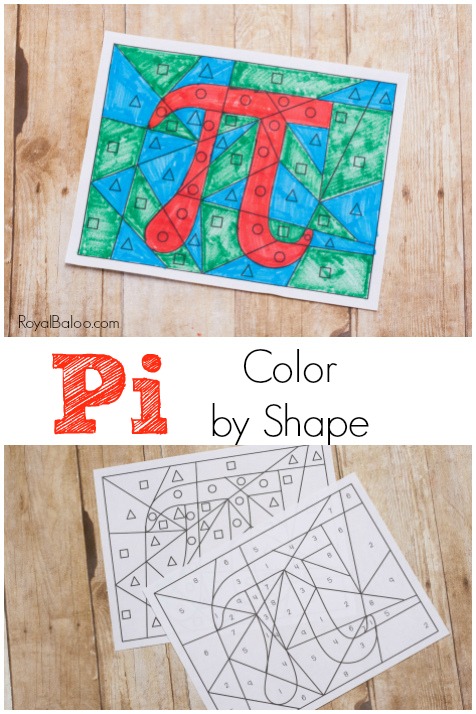 This printable is a part of my exclusive subscriber freebie list!  My newsletter received it last week but you can get it now.  And then you can get weekly updates with exclusive freebies early! 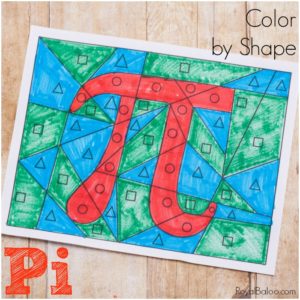 I initially made this as a color by number (which is included in the download) but the idea of coloring all the circles to make Pi just blew me away.  What a great way to introduce Pi, 3.14, and circles to a younger child! After all, they don’t really use Pi until they’re a bit older.  But developing these relationships in their head will just make it easier to learn about pi later on. 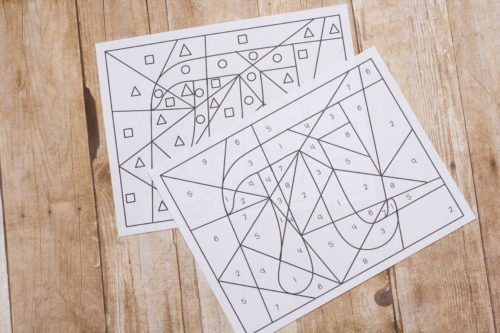 We went for blue and green as the background and I like how it turned out.  The red really sticks out and is quite vibrant.

It would probably be good to include a brief explanation of the relationship between pi and circles.  Pi is the constant ratio between a circles diameter and circumference.  But in more simple, and less specific terms, you could say pi is a number we can use to measure circles.  That would really be enough information for young kids.
Other facts about pi you might want to include: 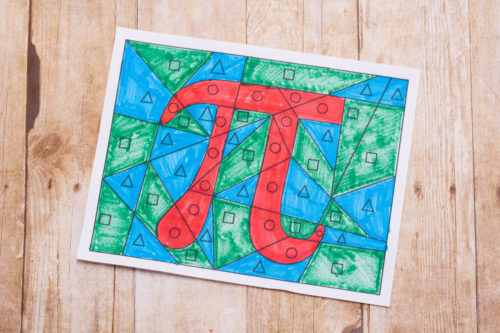 To download your free Pi Color by Shape (or Number), subscribe to the newsletter!  It should show up in your e-mail box immediately! 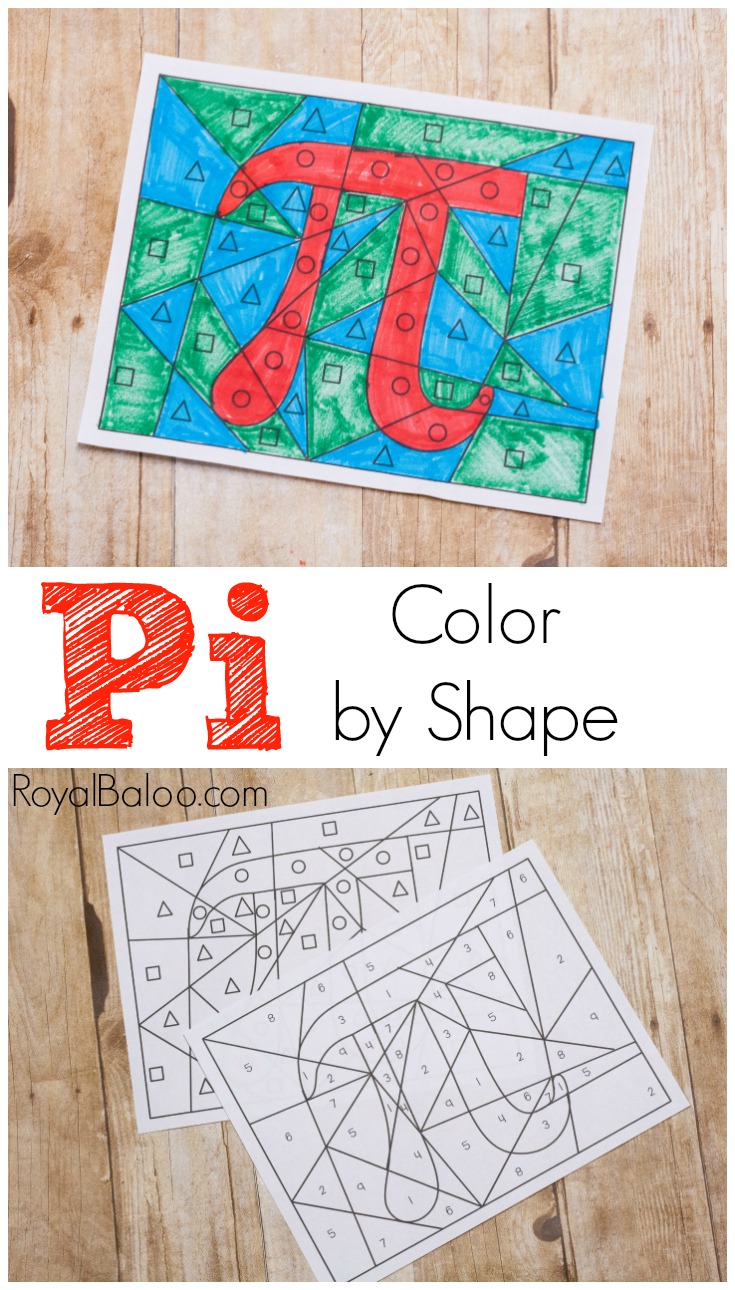