Arrrrr matey’s!  It be that time o’ year again.  Yep, talk like a pirate day is coming.  Funny fact – when I was in high school one of my besties and I had a note journal.  We would (secretly) write notes to each other during class and pass off the notebook.  It never failed that one of us would start talking like a pirate.  We had entire nonsensical notes back and forth in pure pirate speak.  Someone else reading might have thought it was code…but we were really just that bored.  So pirate talk has since has a little special meaning to me. 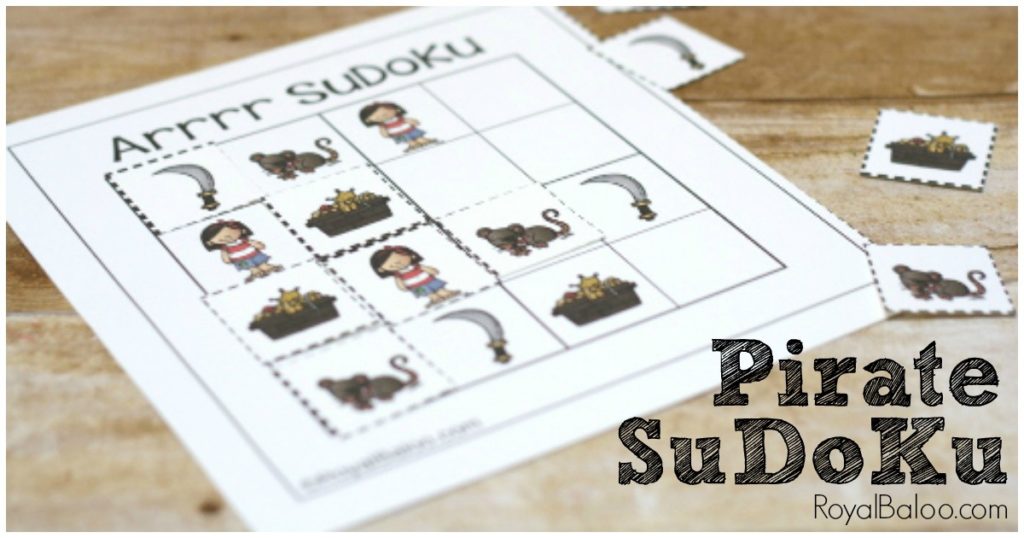 The boys, naturally, love pirates.  Swords, poop decks, eye patches – what’s not to like?  I don’t have the heart to tell them the reality behind pirates, yet.  I did want to do something fun, something that would help them use their brains a bit, and something relatively quick.  Homeschooling is in full swing now and we don’t have much extra time in our days!  So Pirate SuDoKu it is! 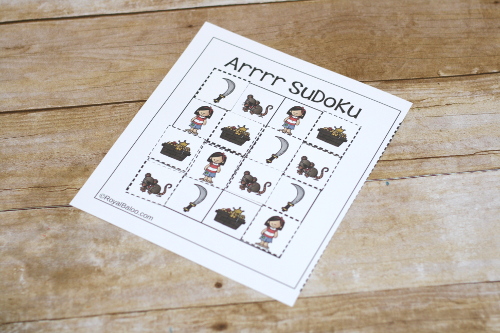 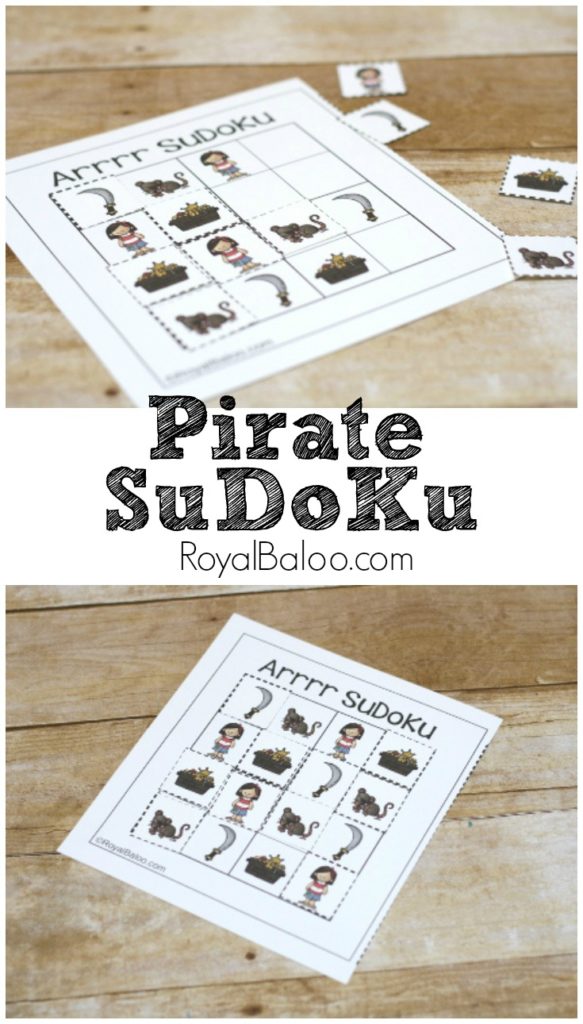