Logi-Bear is starting to learn some more diverse methods of addition and subtraction and I’m trying to keep up with him.  He is a motivated learner and just does not need much instruction.  But I have fun making things so I do.  I’m hoping this hands on pumpkin number line will grab his attention! 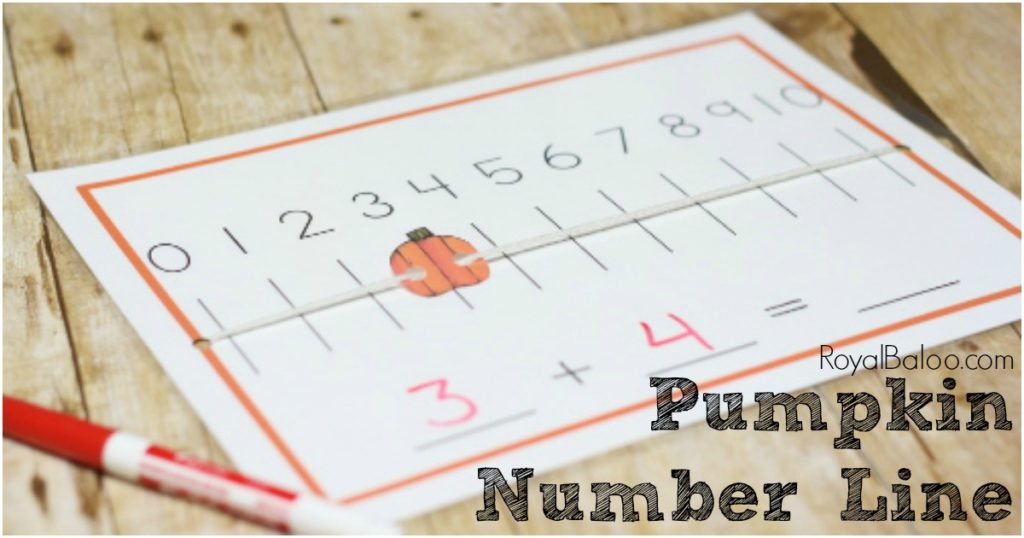 To be honest, number lines were never my favorite way to do math.  I thought they were a bit clunky so I only used them when I had to.  However, when teaching Baloo addition, I saw how people learn in different ways.  Number lines really helped the addition ‘click’ for him.  So while they’re not my favorite, we still make sure each kid knows how to use them.  You never know what method might click with your child! 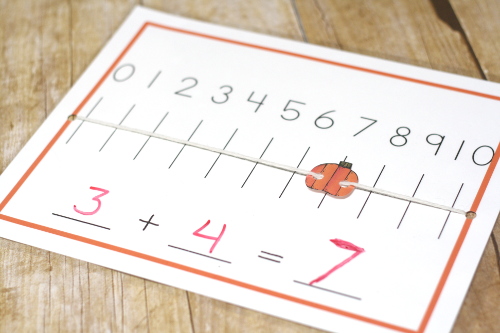 How to Set Up the Pumpkin Number Line

This is a relatively simple design.

First I laminated the printable so it would be more durable.  (One of our favorite laminators is here, great price too!)

Then I hole punched one hold on either side, right on the line.

I laminated the pumpkin too and put two hole punches close to the side.

Voila!  You have a timeline. 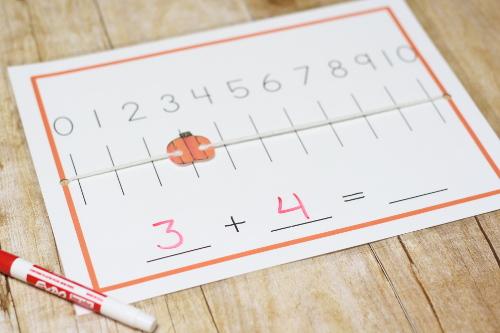 How We Use the Pumpkin Number Line

The only tricky part about number lines is learning how to count the lines.  You start on the first number, and the next number up is your first counter.  So if I have 3+4 I put the pumpkin on 3.  Then I count by ones up four more numbers, starting with the number 4.  Many kids (and adults for that matter) want to count the 3 as well.

So I tell them, we start on the first number.  When they got the pumpkin to 3 I told them to count up four more numbers.  Each line you cross is a number.

We practiced a few times and then I started writing some addition facts to practice.  Logi-Bear caught up pretty quick and was a number line whiz by the time we were done. 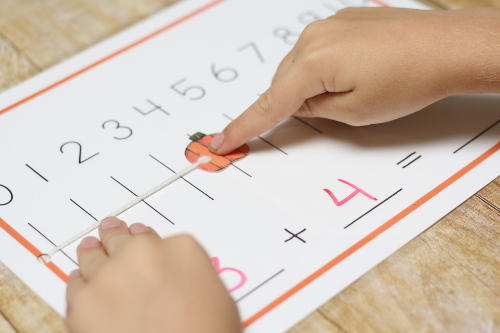 They actually enjoyed being able to move the pumpkin.  I didn’t realize the draw of a moving number line.  They (Royal joined in the fun) were both enthralled! 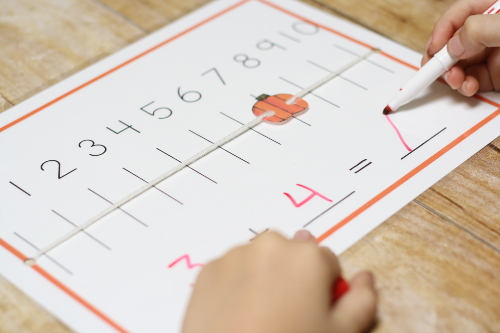 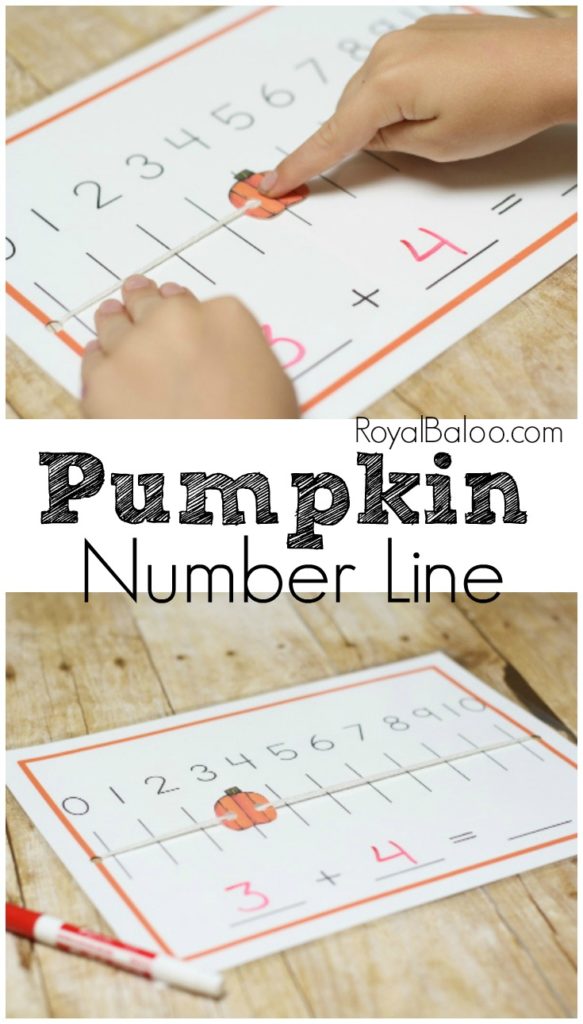