Grammar is a really dry subject and I’m going to go ahead and admit that I don’t think I ever actually listened to my teachers when they talked about grammar. For the most part, I could write how I talk and get away with it (I do the same thing now too).  Honestly, I didn’t think I had a future as a writer anyway…heh.  I digress, my kids aren’t big on grammar.  They don’t like to write and highly doubt they’ll ever be writers.  My own story doesn’t seem to convince them that they might be writers one day.  So I’m trying to teach them parts of speech, grammar, sentence construction and whatnot without boring them to tears.  I thought that perhaps making silly sentences with a roll a Halloween sentence activity would be fun. 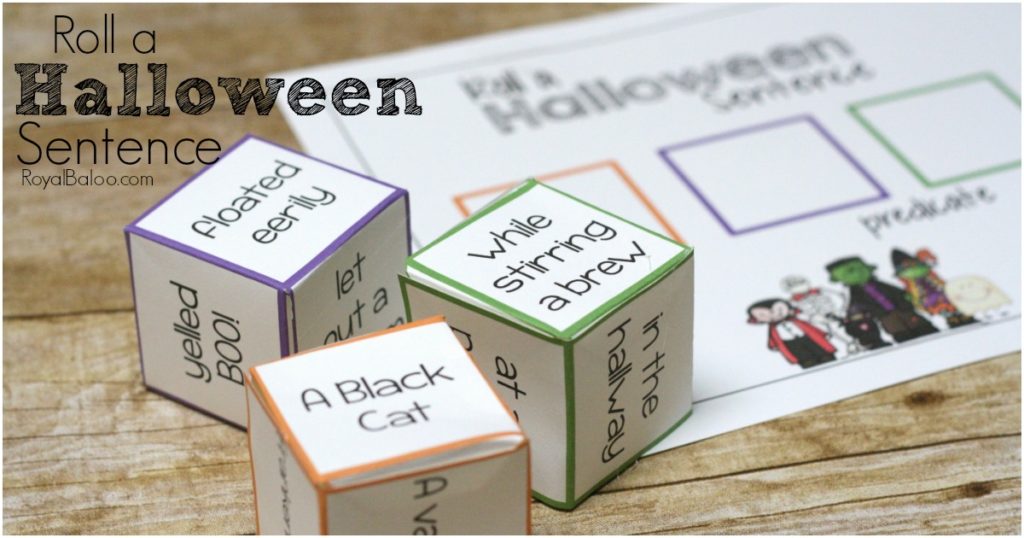 This is day 7 of the 31 Days of Printables!  Starting tomorrow we move on to a Dinosaur theme! 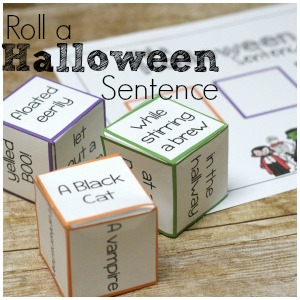 How to Use the Roll a Halloween Sentence

The idea is quite simple.  There are three dice (I’ve also included a version to use with those big photo cubes.  We could only find two of ours so we had to make the dice).  The orange die has the subject, the purple has the action (verb and adverb) and the green has a location.  The purple and green combined make the predicate which is labeled on the sheet. 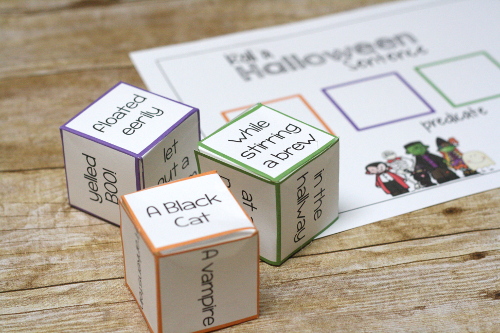 The answers were meant to be a bit silly.  I certainly enjoyed the picture in my head of a black cat floating eerily.  Of course, we have a black cat so it was a bit personal.  He’s not very eerie though. 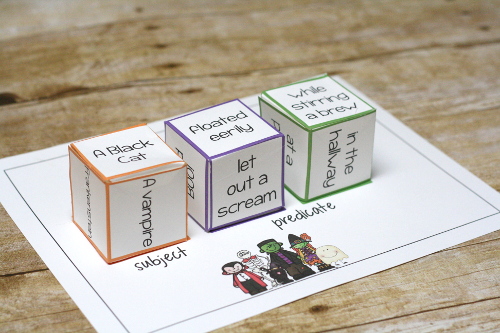 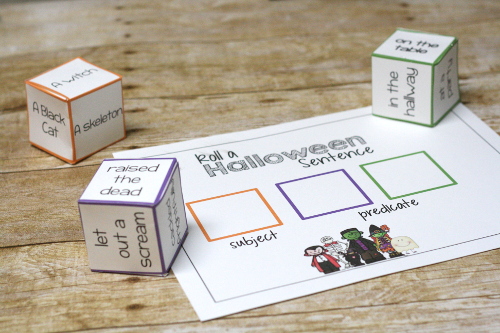 and make a sentence!  Even better if it’s silly.

I’ll say, this one brought some very distinct giggles.  Dancing in the bathroom?  Only means one thing. 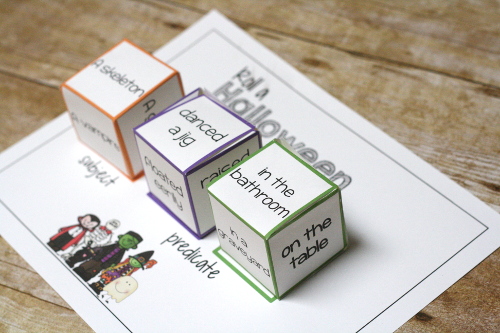 Go Here to Download the Roll a Silly Halloween Sentence!

We still have 3 weeks left of awesome printables!  Don’t miss the once a week updates by e-mail! 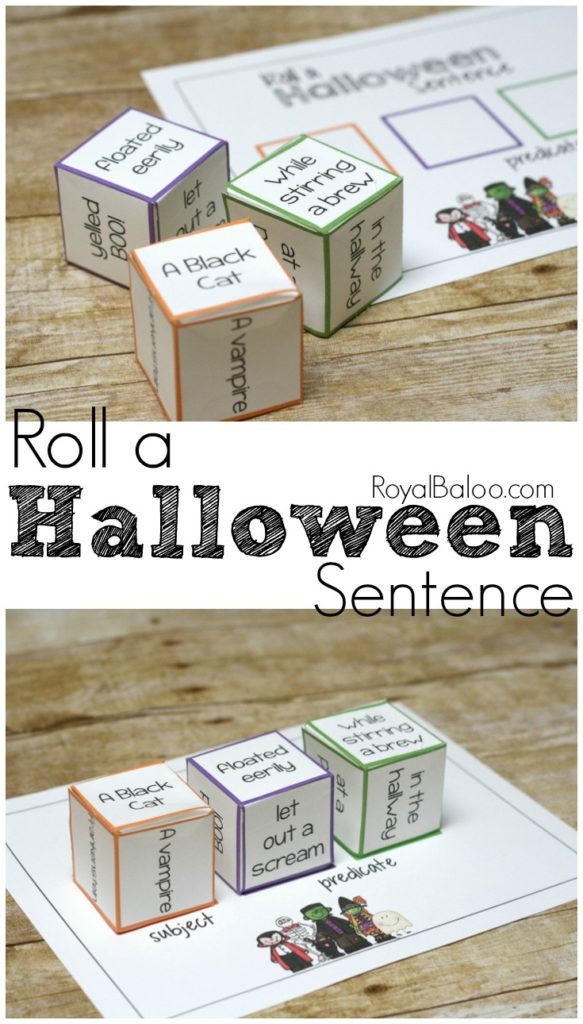