Have you ever been the mom of the kid who tells other kids that Santa isn’t real?

Confession: We don’t do Santa in our house.  It’s a long story but we just don’t do Santa.  However, they do understand that others “do Santa” and we try to respect that.  However, Baloo (10) also likes to tease his brothers.

We were at Target the day they put up the Christmas aisle and my kids were bug-eyed with excitement.  Baloo decided to tease the younger two that Santa IS real and they had better behave.  Cue a small disagreement over Santa’s legitimacy (He’s real, no he’s not, yes he is, no he’s not).

All of the sudden Royal (7) is yelling, in the middle of the Christmas aisle at Target, SANTA’S NOT REAL!!!!

So oops on that.  Sorry to anyone who may have been at our Target that day. 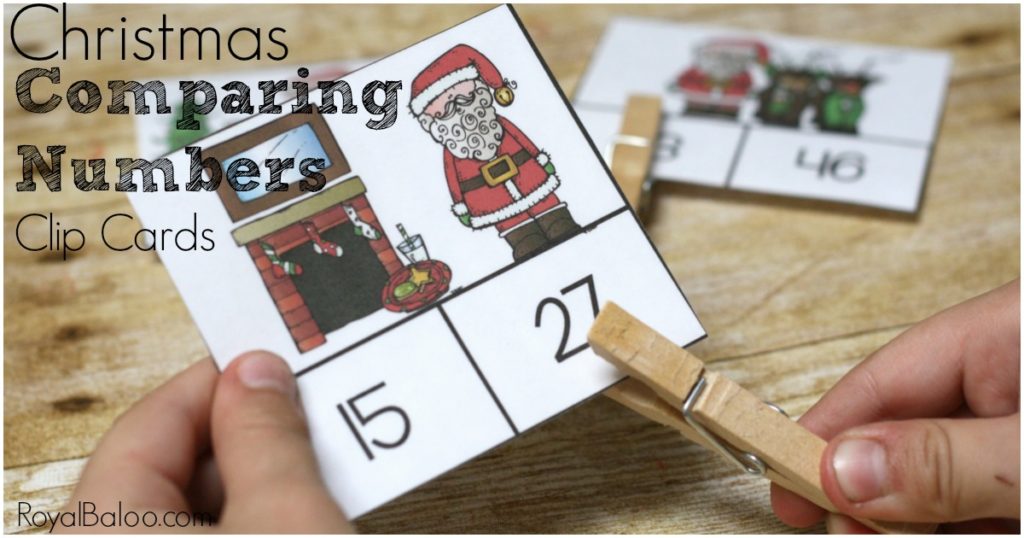 This freebie is part of Cassie from 3Dinosaurs.com and my 12 Days of Christmas printables!  This week is all math and next week all language arts!  Lots more coming, so don’t miss it (the once a week newsletter is the best way to stay up to date with my printables!) 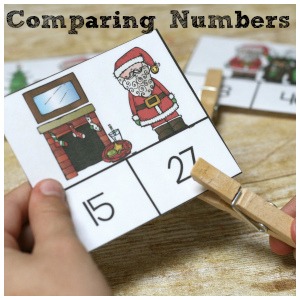 How to Set Up the Santa Clip Cards

I just laminated mine but we aren’t planning on keeping them long term.  I think we will be out of this stage by the next holiday season!  Go ahead and use cardstock if you think they might get decent use though! 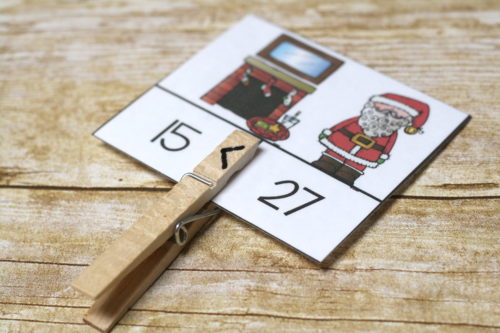 Clip cards are simple to prep – just cut and you’re ready!  Sometimes we add the greater than/less than symbols to the clothespins beforehand.  It just depends on what level they’re at in math. 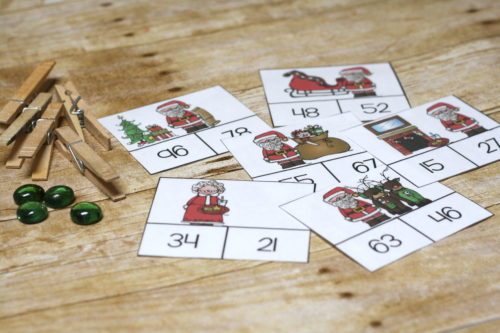 How to Use the Santa Clip Cards

I use this as a time filler – as in, I need them to be busy but also doing something fairly educational.  So for the most part, our use is just setting out the cards with the clothespins and letting them go at it! 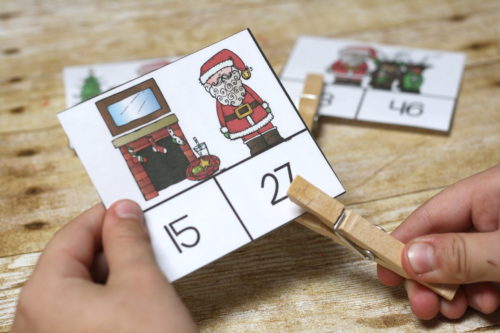 Clothespins are great for the fine motor benefit, but if you don’t have them, or don’t want to use them, glass gems work just as well!  Just cover the bigger number! 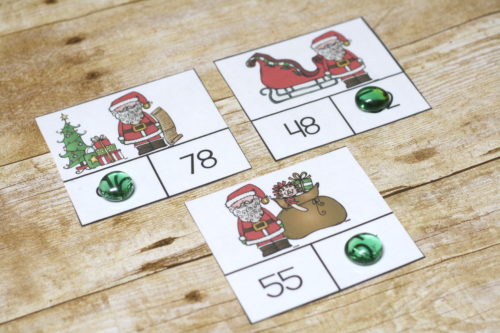