Depression is an ugly killer, a ruiner of lives, and a sad reality for millions of people. Depression affects 5% of the entire world population at any given time.

As much as we try to ignore it or push it under the rug, depression is prevalent in our society. We are talking big steps in recognition and ending the stigma. But we obviously need to do more.

I think one of the best steps we can take is to talk to our kids about depression. They will either know someone with depression or experience depression themselves.  It seems that giving them knowledge and tools for depression will only help.

I had my first depressive episode at 11 and it was almost a full year before my first actual diagnosis. At the time, I didn’t know about depression. I didn’t know what was happening in my body and I didn’t have the words or tools to express the utter hopelessness I felt day after day.

I lived in a house with a loving family, played with my friends regularly, and was performing just fine in school. On the outside, I’m sure there were only few signs that I was suffering. But on the inside, all of the symptoms were there.

Sometimes I wonder how it would have been different had I known about depression. 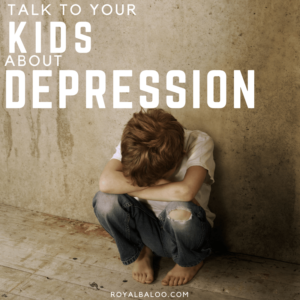 My kids are growing up with 2 parents that have experienced depression and other forms of mental health issues. Their risk of experiencing anxiety, depression, or something else is greater than the average person. So I know it’s my duty to inform them.

I want them to know what depression is, the symptoms, and at least a few resources or places to turn to for help. If they ever have a friend come to them in confidence, I want them to be ready.

Why Should I Talk to My Kids about Depression?

But depression isn’t just something we know about instinctively. If we don’t talk to our kids about depression and they aren’t exposed to the idea of depression elsewhere, then they won’t know what it is.

And this becomes problematic when they experience depression but don’t understand what is happening in their brain and body.

When we give kids the words and tools to express what is happening in their bodies, we enable them to take positive actions.

Another benefit of talking to kids about depression is that it helps to lower the stigma. Mental health still has a stigma today which prevents many people from getting help. But the more that people know and understand about mental health, the more we reduce that stigma.

At what age should we talk to our kids about depression?

At all ages. Start talking about mental health like you’d talk about all health. Kids don’t need the heartbreaking details at 2 but you can always mention when someone has sickness in their brain.

If you have anxiety or depression, talk about it! I know that’s hard. It’s hard to be so vulnerable, even with our kids.

But at a minimum, I would start the discussion at least a few years before they hit puberty. Read some of the suggested books, talk about mental health, talk about the feelings that come with depression.

Book Ideas for Talking to Kids about Depression

As I said before, there are simply not a lot of books for kids about depression. And some of them I find problematic for multiple reasons. I wanted to create a list of books that fit two specific categories – they had to be about depression of kids/teens and they had to deal with the depression in a healthy way.
I specifically didn’t want any books where someone else was given control over their depression. Kids already have a tendency of internalizing other peoples feelings and blaming themselves for events they have no control over. Kids should never be made to feel that they can bring someone else out of a depression because they will blame themselves if it doesn’t work.

The Princess and the Frog, Danny and the Blue Cloud, and Some Kind of Happiness.

The Princess and the Fog by Lloyd Jones

This is my absolute favorite book for starting the discussion on depression with your kids. It’s a really good book itself despite the sad storyline.

What I love about this book:

This book is just so well done. It easily tops my list.

Danny and the Blue Cloud by James M. Foley

I wish Danny did a few more things to work on his depression but I do think this is a good conversation starter.

Some Kind of Happiness by Claire Legrand

This book serves a different sort of purpose than the picture books. They’re meant to start a conversation but this book is meant for older kids (8-12).

The main character in this book suffers from depression and the way she describes it is artfully done. But I especially like it because I feel like this is exactly how a teenager or older child would describe depression. The book really brings the idea to life and it is well written.

The Bookmark Idea for Depression

One of the hardest parts of having depression is that depression is a cunning liar. Depression will tell you that no one cares, that people are better off without your problems, and that you’re exaggerating. It’ll find little ways to confirm these feelings – like when you call someone and they don’t answer. Depression will tell you they intentionally didn’t pick up because they don’t want to talk to you. In reality, they probably just missed your phone call.

So I thought a simple, non-verbal, non-threatening method of reaching out could be a step in the right direction. I’ve created this bookmark that is a sign for ‘I need you’.

The idea is that someone can leave this bookmark in a place you’ll find it and you’ll know they need you. They might not be feeling strong enough or safe enough to say it in person.

Just choose a bookmark and keep it in a certain place. Make sure your kids know where it is, and inform anyone else that might be around. Then explain the rules:

We haven’t had time to test this out (that will ultimately take years) but it feels like a good start to me.

So talk to your kids about depression. There’s no better time than today. 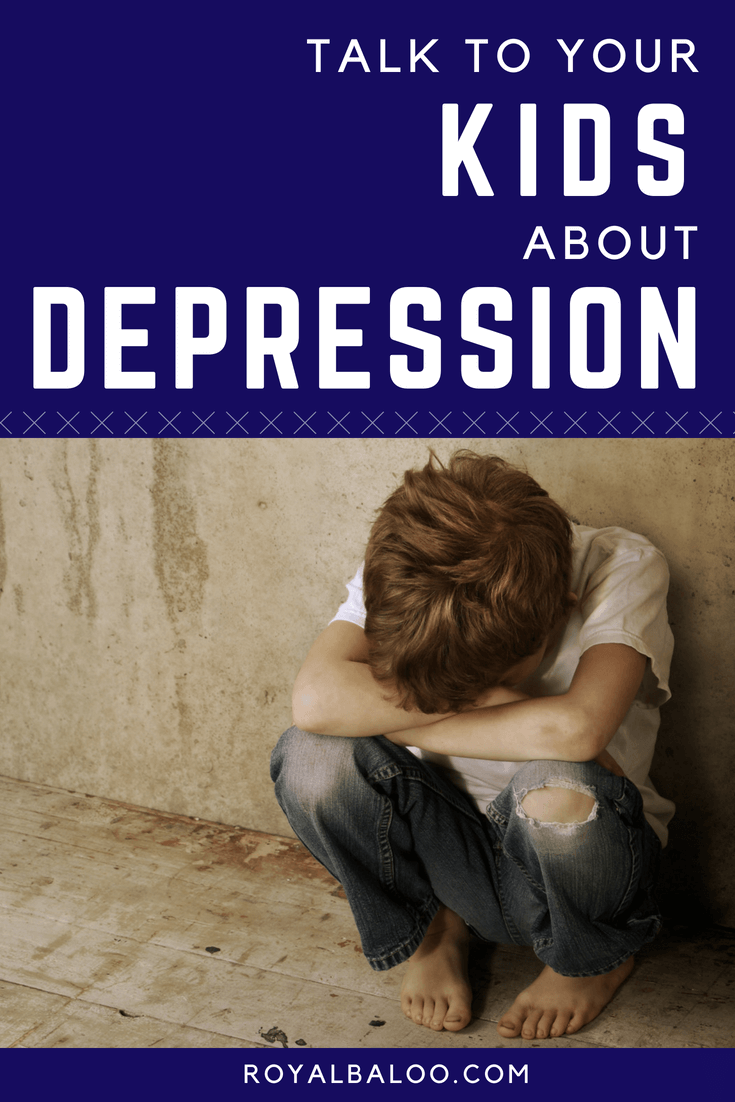