Royal is 23 months
Big brother was sick this week which means that not a lot of tot school happened either.  However, Royal did get to participate in a few of Baloo’s art projects!
Painting on the easel.  He was very careful with his strokes. 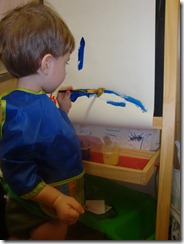 And he would only pose while putting a cookie in front of his face.  I guess that’s what I get for letting him be the hulk!! 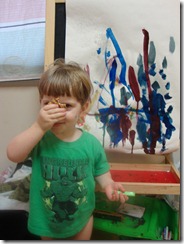 We got to go to a local farm/park where they had a really cool playground.  Royal hasn’t always been a fan of slides, and since it had been awhile since he’d been on one he was a bit nervous. 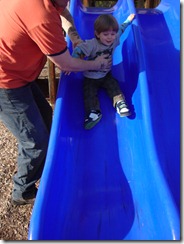 There mallets made music when you pushed them down.  It was pretty cool, though I think Royal would have enjoyed it a lot more if he could have reached it! 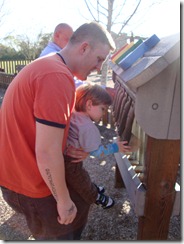 A little bit of balance practice! 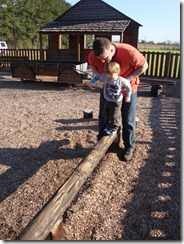 Little brother (who does not yet have a nickname…) is going to be coming any day now!  We have been using this newborn life size doll to practice being gentle.  This was not one of those times.  Poor baby got a pretty rough hug and a few beats on the head. 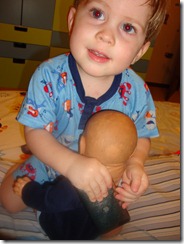 Royal loves to pick dandelions and try to blow the seeds off.  Thankfully we have fields and fields of them around here! 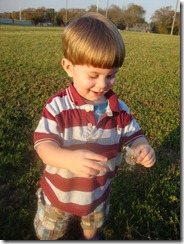 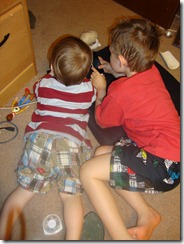