Multiplication is the first big fish in the math pond, or that’s how my kids see it at least.  When learning concepts like addition and subtraction, they kind of don’t even know that’s what they’re learning.  It’s presented from preschool age and then suddenly we tell them “Oh by the way, that’s called addition”.  But with multiplication, they know it’s coming and they know they’re learning it.  I remember it being a bit mysterious until I learned what multiplication was.  Then I thought “Wait, that’s it?”.  It’s not a difficult concept but it’s one of the big concepts.

A few months ago Royal and I did Apple Multiplication.  It was such a great introduction for him!  He got it easily and was surprised at how easy it is to multiply!  He’s approaching the time when he needs to memorize the multiplication facts.  I figure that if we work a bit each day, memorizing the facts will come easily to him!  So we are going to work through them, one fact at a time. 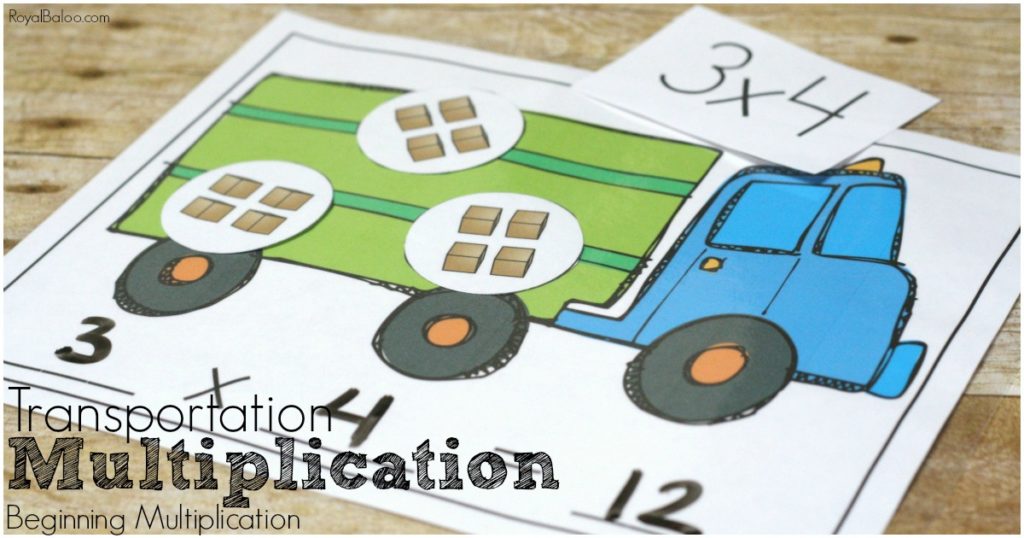 Day 17 of the 31 Days of Printables!  You’ve got to be kidding me, it’s flying by so fast.  Don’t miss all the other great printables by myself or by the amazing Cassie at 3Dinosaurs.com! 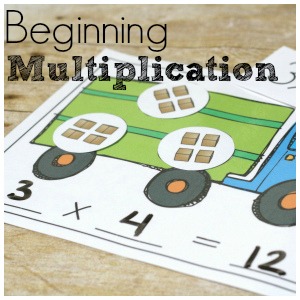 How to Set Up Your Transportation Multiplication Mat

I laminated mine because it’s simply easier to manipulate laminated pieces.  The mat definitely needs to be laminated so you can write on it with dry erase markers though!  You can also use a sheet protector. 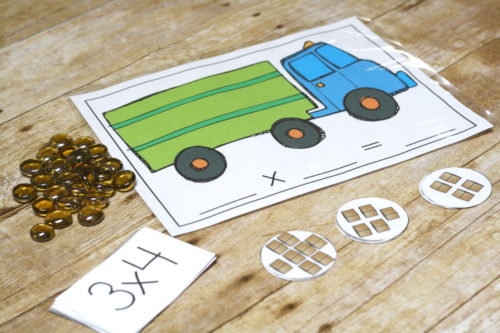 How to Use Your Transportation Multiplication Mat

We used it with the cards.  Draw a card – add the appropriate boxes, and write the equation on the bottom.  I’ve only included facts for 1×1 through 1×10, 2×1 through 2×10, and 3×1 through 3×10.  I wanted to keep it simple at this stage.  And I wanted Royal to be able to count the number of boxes to figure out the answer, which gets tough with higher numbers. 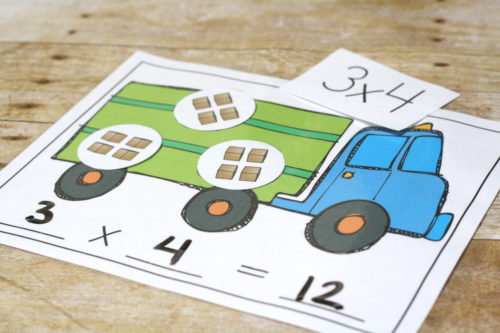 I also wanted to illustrate why 0 times anything is always 0.  So we did 0 groups of 8.  There’s nothing there!  You can repeat this with all the numbers until the point gets through. 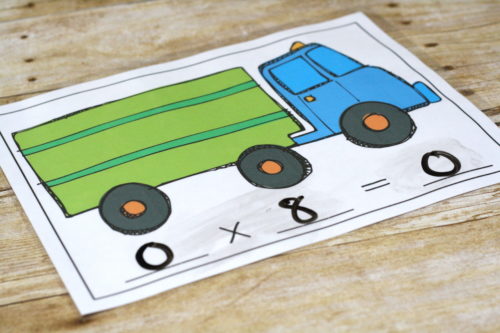 We worked a lot of two facts.  I had a simple reason for this – we’ve worked extensively on doubles addition facts, which are the same as two facts!  I wanted him to realize that he already knows the answer to these!  With this set you can work on doubles facts of 2×1 through 2×10! 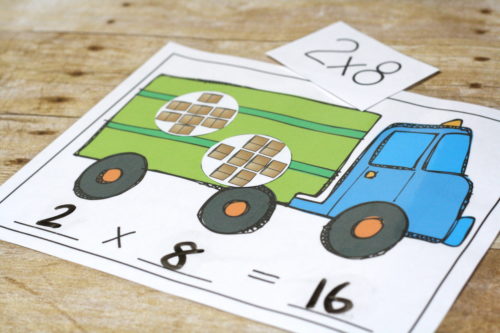 And don’t forget to sign up for the October Printables newsletter!  Once a week updates on the printables we have coming out (plus a few extra freebies just for you guys!) 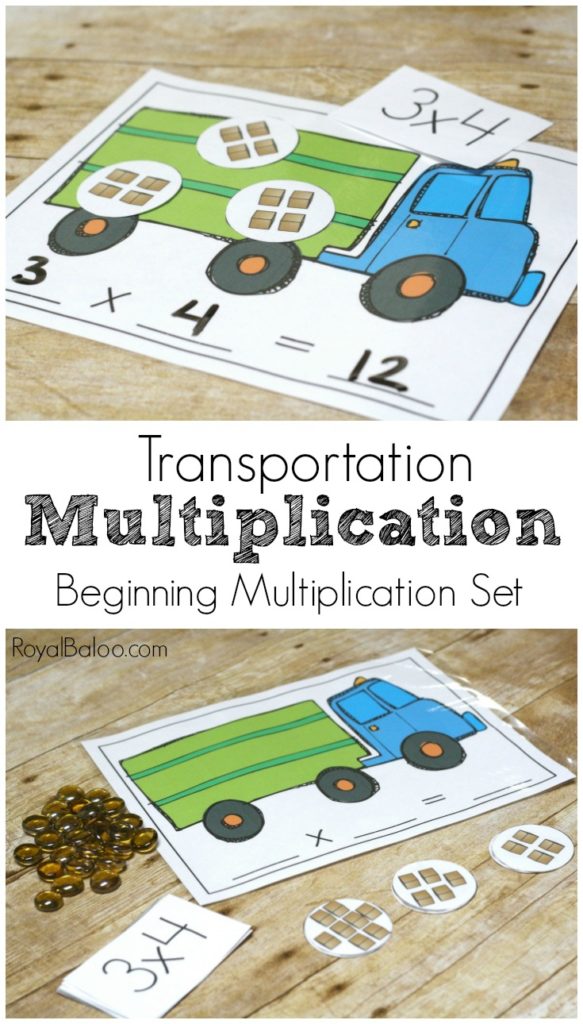