Last year I had the joy of teaching a Harry Potter class at our homeschool co-op. It was so much fun to delve into the world of Harry Potter every week and share it with some young Potterheads.

One of the favorite activities was the Harry Potter style Wizard’s Dueling Game that we invented. 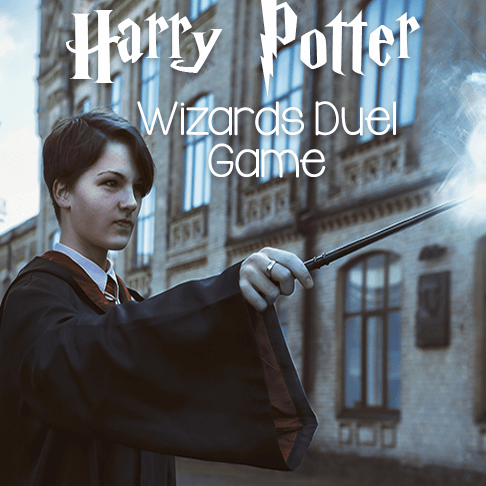 How to do a Wizard’s Duel

First, you’ll want to print out a copy of the schematics. I typed one up for easy use. But you can also write it on a whiteboard for a bigger reference point.

There are 5 spells to choose from.  Each spell beats two other spells and can be beaten by two spells.

Make sure each wizard has their own wand.

Have both players stand in the ready position (wands in hand) and ask them to think of which spell they will be using. You’ll want to make sure they are prepared since they’ll be yelling the spells at the same time.

It definitely helps to have a referee to listen to both players.

On the count of three, have each player cast their spell at the same time.

Whoever cast the winning spell gets a point!

We usually did the best 2 out of 3. But you can do 3 out of 5 or any combination that you’d like!

If you have enough kids (or adults) playing, you could even do a championship.

How to use the Reference Chart

The chart can look a bit much at first glance, but I promise it’s quite simple!

The arrows point to which spell beats which other spells. So Expelliarmus points to Rictusempra and Stupefy meaning Expelliarmus wins against those two spells. It loses against Expulso and Petrificus Totalus. 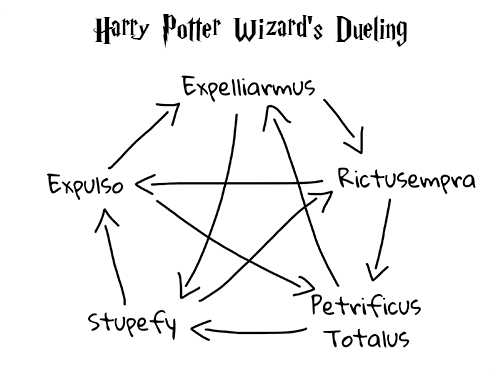 Get your printable copy of the reference page here!

Potions – Make your own drinkable Amortentia 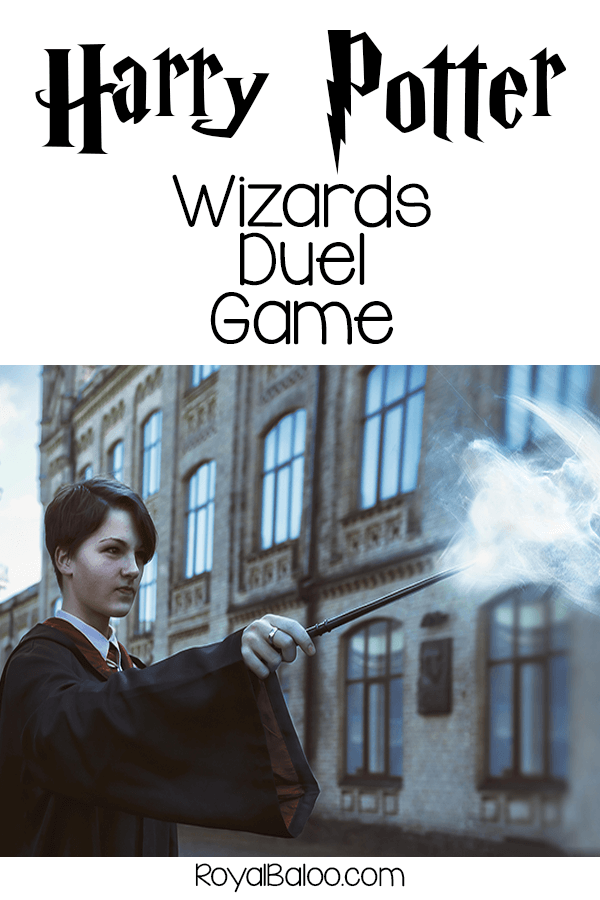