My kids are growing up and to be honest, it’s not freaking me out.  Logi-Bear is my last and he’s really starting to get this ‘reading’ thing.  He’s nearly got all the tools necessary to begin a reading program (We will use All About Reading) but just not quite.  So in the meantime he is learning words on his own by sight.  He just picks out a word he wants to know and memorizes it.  He’s actually developing a good amount of words he’s memorized!  ‘You’ is the latest.  I have to admit, it’s really cute.  He will sit next to me, nice and tall, and just say something like “You is spelled Y-O-U” and then off he goes.  He’s quickly growing out of these dot marker printables like the Xx Dot Marker set. 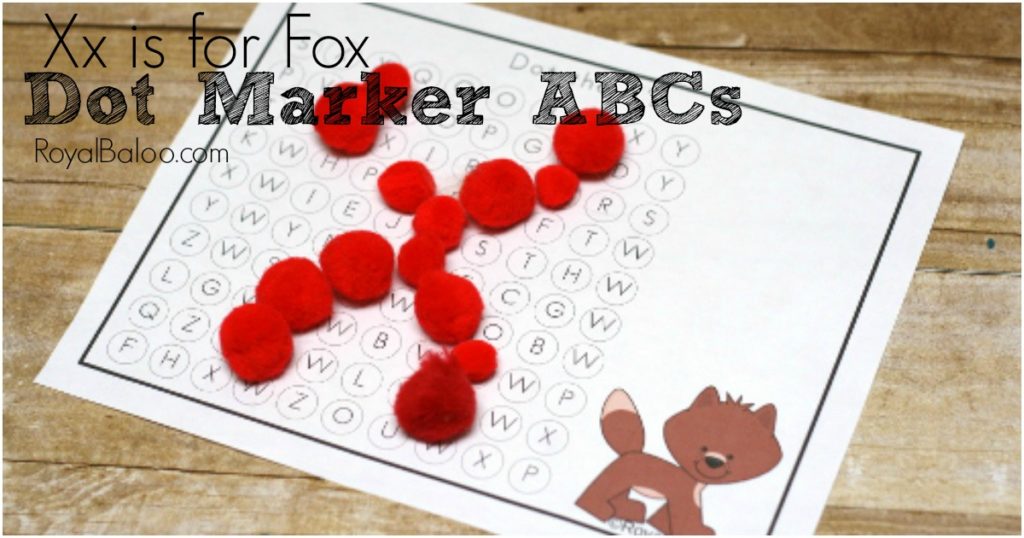 Why Xx is for FOX anyway?

I wanted to focus on the letter sound of /ks/ and not the /z/ that x typically makes at the beginning of a word.  After all, when kids first encounter the letter x it almost always say /ks/.  So fox and taxi might not start with x, but they feature the /ks/ sound.  That was more important to me. 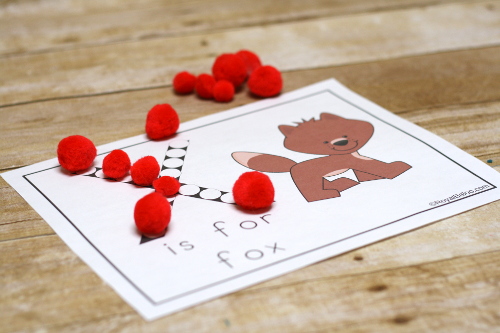 What Materials Should I Use with the Xx Dot Marker Set?

We used pom poms (like these pom poms) for letter Xx.  They were a bit ‘rolly’ so I think I would reserve the magnet pom poms for this activity (We made our magnet pom poms YEARS ago, but you can still see them here!)  Just hot glue little magnets (like these magnets) to the pom poms.  Then use them on a magnetic board or a spare baking tray.  The magnetic ones would have been much better so they didn’t roll off as easily! 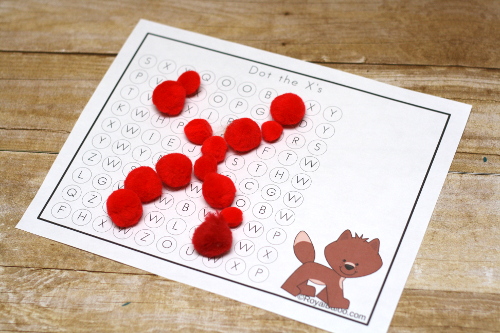 What is in the Xx Dot Marker ABC Set? 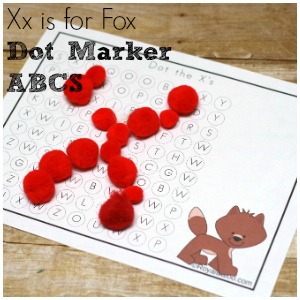 Download the Dot Marker Xx is for Fox Printables Here! 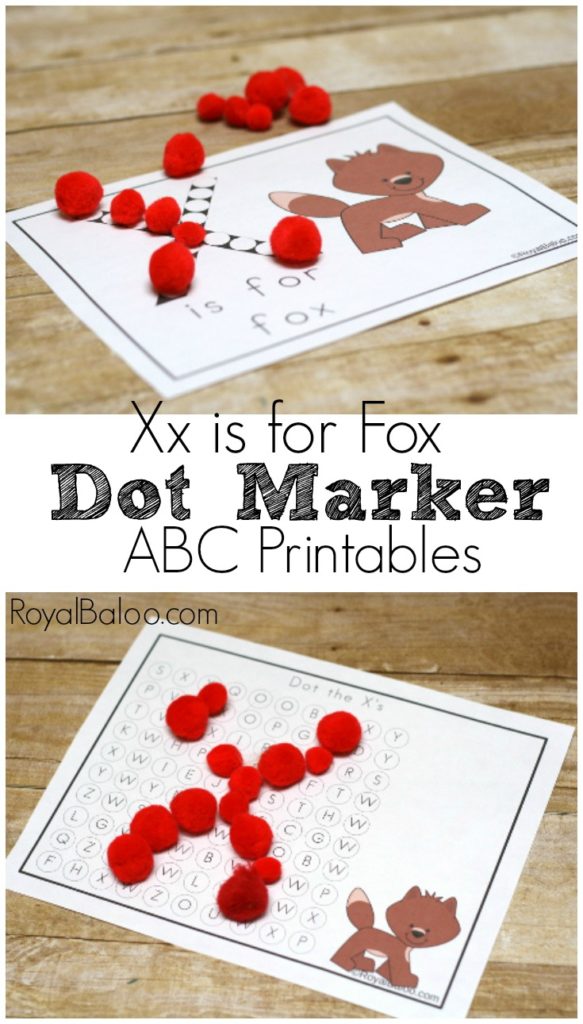