Need a fun activity for a space unit? Space SuDoKu is sure to be a logical hit (in more ways than one…). Free SuDoKu puzzle for kids K-3rd.

Somehow Space is the most mysterious and therefore exciting job for kids.  When I think about being an astronaut now, I wonder if I’d be able to handle takeover, weightlessness, and all that other stuff.  It sounds horrible.  As a kid, it sounded amazing.  And I can still see the excitement in my kids eyes, so I know I’ve just grown up.  My kids still think being an astronaut would be cool (not as cool as working at McDonalds though…).  So we are pretty much constantly exploring different space ‘stuff’.  Luckily, there are so many places to explore in space, we won’t run out of Space material. 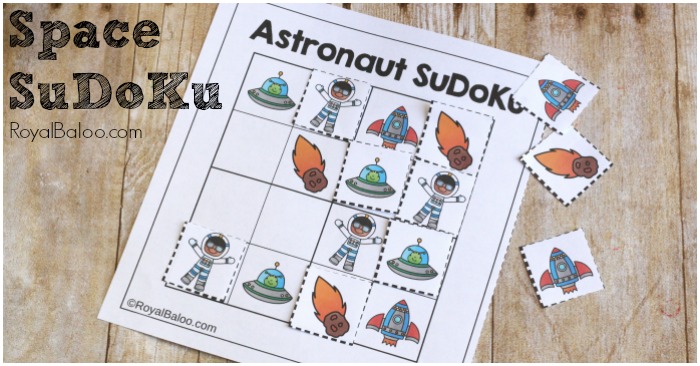 Cassie and I really enjoy doing these 1 week printable blasts.  It’s exciting to get so much done on one theme.  I hope you’re enjoying them too!

At the end of the week I will have a special newsletter just to round up all the Space resources and also an exclusive freebie (counting and addition mats).  To sign up: 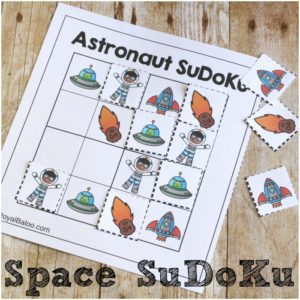 How to Set Up the Space SuDoKu

I’ve done by best to make these no prep and I think they really are at this point.  Kids can cut the pieces out themselves and do not have to worry about seeing the answer first.  I usually cut them out first because my kids are always more excited when something is ready for them.  But it’s not necessary!

So just print, give them some scissors (these training scissors with the spring are amazing), and let them at it. 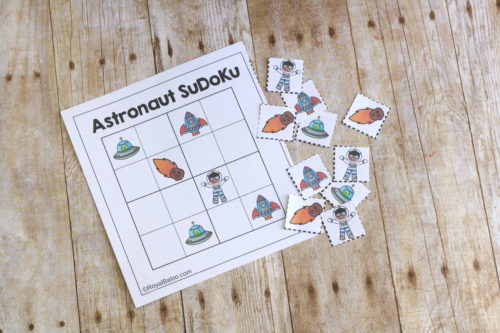 How to Use the Space SuDoKu Puzzle

If they’ve never done a SuDoKu before (or if it’s been awhile, I’ve had to re-explain a few times) then you’ll need to explain the rules.  Each picture can only be in each small square once and each row or column once.  The diagonal doesn’t matter (they will ask about that, believe me!).  You may need to help them by figuring out the first piece out loud.

In the case of the astronaut puzzle, I’d start with the astronaut and the 2nd column.  The astronaut cannot go in the 3rd place done because that would be two in one row.  The only other space is the top one. 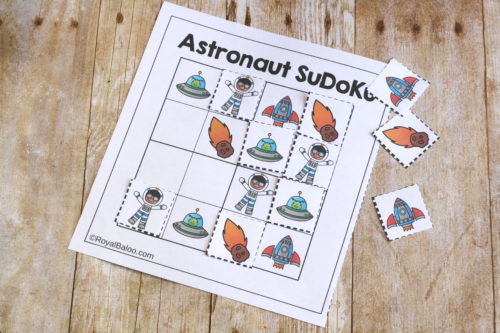 There are three puzzles in the Space SuDoKu set: Astronaut, Planets, and Aliens.  Each word has a different solution and different pictures.  It’s a cute set! 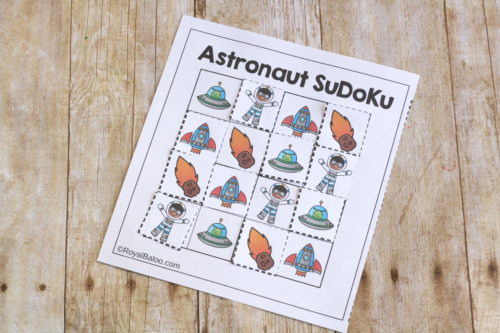 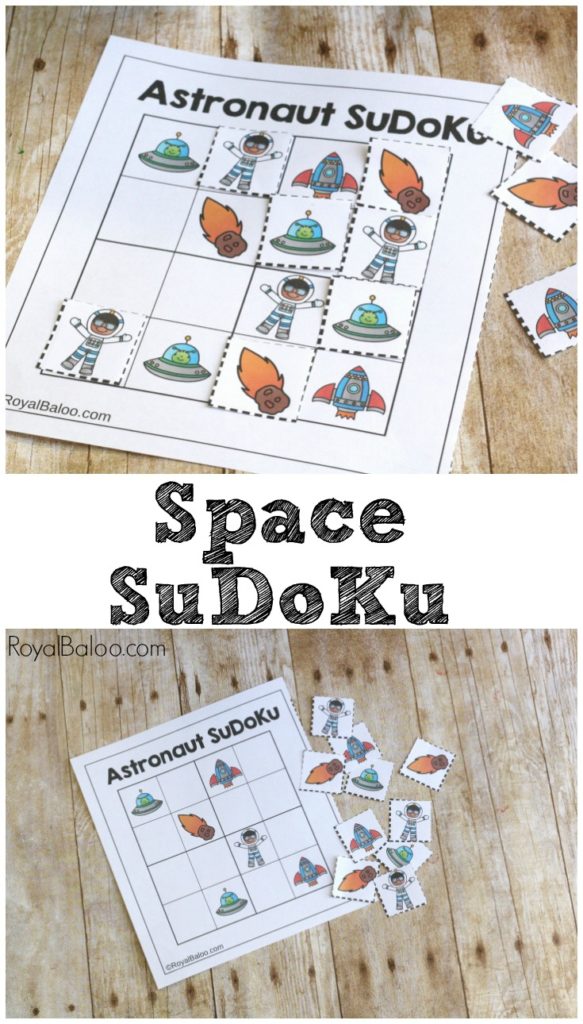