My boys aren’t in love with math.  That’s a big of an understatement, they really don’t like math.  So we try to avoid worksheet-type math as much as possible, in favor of games, manipulatives, and stories.  Here are a few ways you can practice math using printables!

Graphing!
One of my favorite printable math games is graphing.  It’s so easy to turn into a game and you can easily make it physical too.  I often have the boys throw the dice as far as they can and run after it. 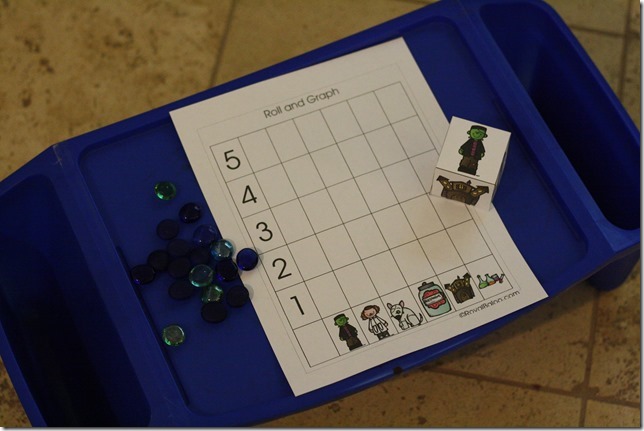 I gave Royal the dice and 1-5 sheet from my Frankenstein pack.  We used a handful of gems for markers and we would roll until we were out of gems!  Whichever one had the most was the winner! 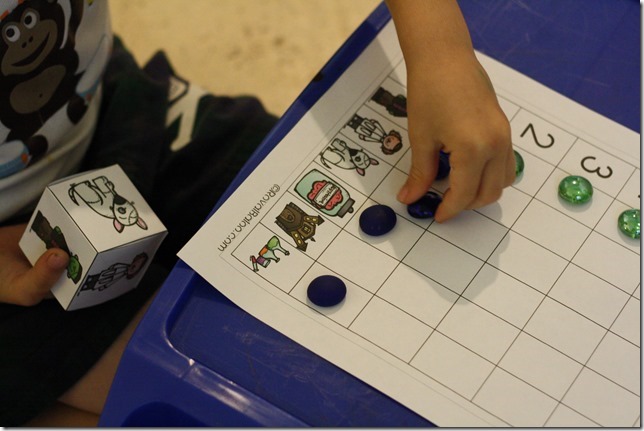 Puzzles
I love to include puzzles in my packs because they’re generally pretty fun!  This is a 1-10 addition puzzle that would probably be best for late Kinder.  I also like to do this 1-10, skip counting, and subtraction.  I cut up the pieces and give them to Baloo/Royal with a piece of paper and some glue.

Then they put them down in order to make the picture!  This is from my Candy Corn Math pack. 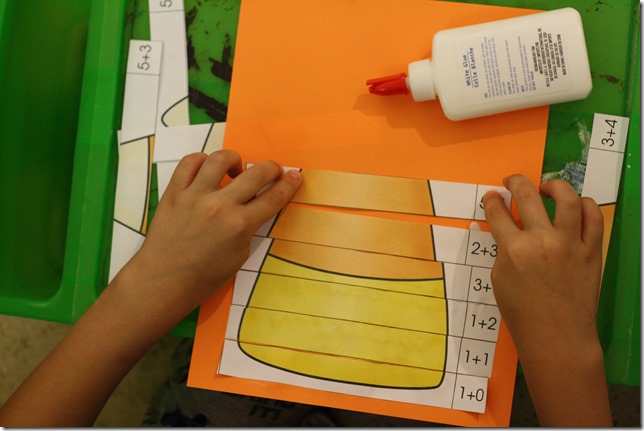 Patterning!  There are so many ways to practice patterning, especially in printable packs.  My boys love to use dot markers, so we often dot patterns.  This page comes from 3 Dinosaurs’ Pumpkin Pack 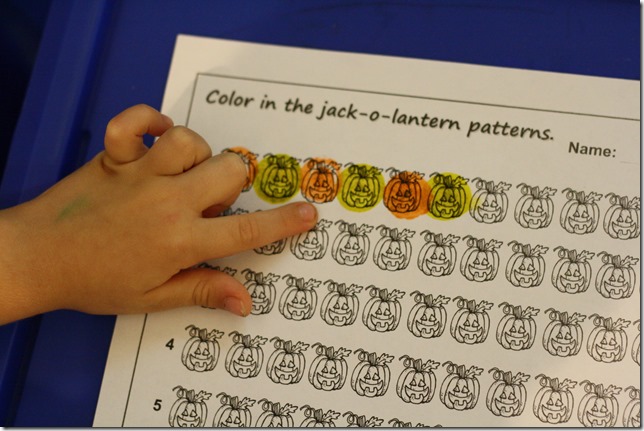 After we made a few patterns, we used candy corn and candy pumpkins to make the patterns again!

Roll and Color (or Roll and Cover)
We use dot markers, but if you wanted to reuse this page you could use gems, or small manipulatives, or anything to cover the number!
I printed off the addition page for Baloo (the one that takes 2 dice) and the other for Royal.  Each boy got their dice and they started rolling!  When Royal rolled he would count the dots and dot that number.

These pages are from my candy corn math pack. 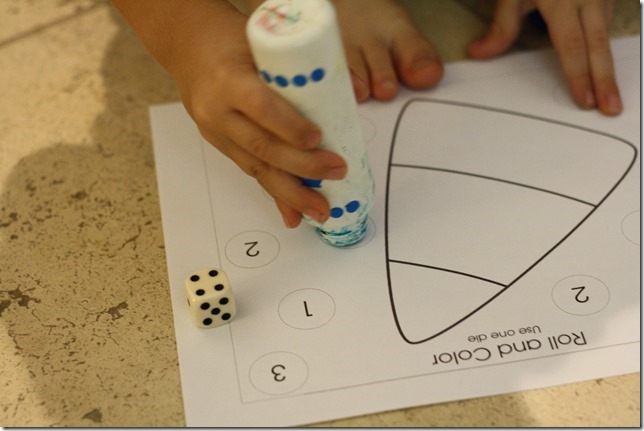 When Baloo rolled he would add the numbers and dot the number!

Estimation
This was the main reason for making the candy corn math pack.  I wanted to do some fun hands on math.  First Baloo guessed how many he could pick up.  Then, after he picked up a handful, I had him estimate how many were in the pile.  Then we counted them.
Since he guessed and estimated so low, we had to subtract his guess and estimate from the actual to figure out how close he was.

There are of course many many other ways to practice math with printables!!  I’ve just highlighted a few of our favorites!  If you have a favorite math activity, feel free to share in the comments!

This is day 9 is my 31 Days of Homeschool Printables series!  Check out the main page here for more printables and ideas! 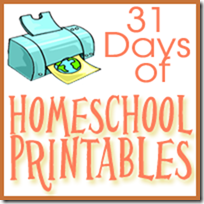 4 thoughts on “Using Printables for Math”