Did you ever throw a party when your child reaches a milestone?  Like, a big milestone?  Logi-Bear learned to read earlier this week and we told him we would throw a family party after he read his first book.  He is so proud of himself.  Now, when I say he learned to read I mean we took the first steps at sounding out full words.

But he still has trouble with some letter sounds.  Last month I put out a similar book with a story for d.  This set is all about e!  And soon, the entire set will come out (with 26 new stories mostly based on animals!) 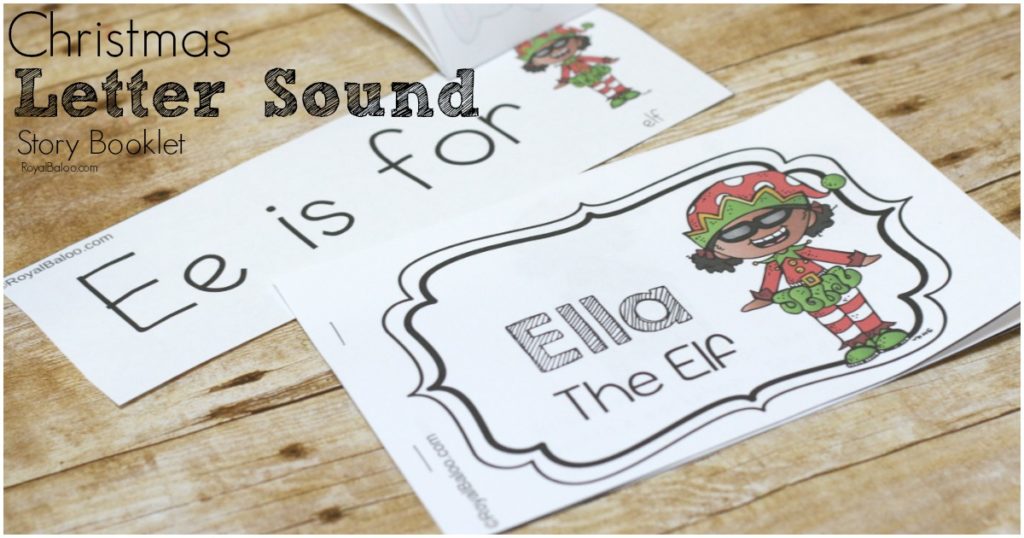 Just a few days left of the 12 Days of Christmas!  We still have a few more coming and much more in the future!  Don’t miss all the great printables by signing up for the newsletter 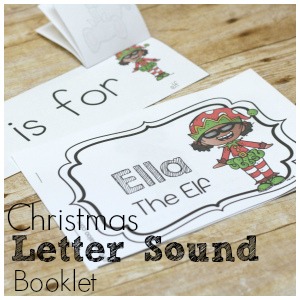 Ella the Elf: A Christmas Letter Sound Booklet and Story

The purpose of this book is to use a short little story to help kids remember the sounds of the alphabet.  I’ve actually been working on these for Logi-Bear as he needs them so I have a few done behind the scenes.  Every once in awhile I get an idea for another one that will go with the set and I just have to make it.  Ella the Elf just had to be made!!

We primarily use the word flipper and the booklet.  Those two are enough for Logi-Bear!  The word flipper is pretty basic.  Cut out all of the words (except the one on the top) and stable them individually on top of the final one.  Then you can flip through each word, one at a time! 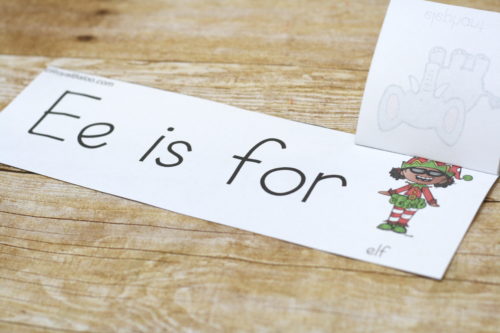 This story is about Ella the Elf who just isn’t into toys.  When she’s asked if she likes toys she just says ‘eh’ (which is the sound short e makes!).  The final page reveals that Ella is really excited about reindeer.

When I read this to Logan I made sure to shrug my shoulders too.  I find having a motion to go with the sound helps jog their memory too! 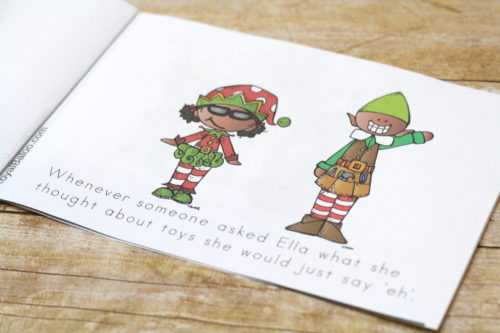 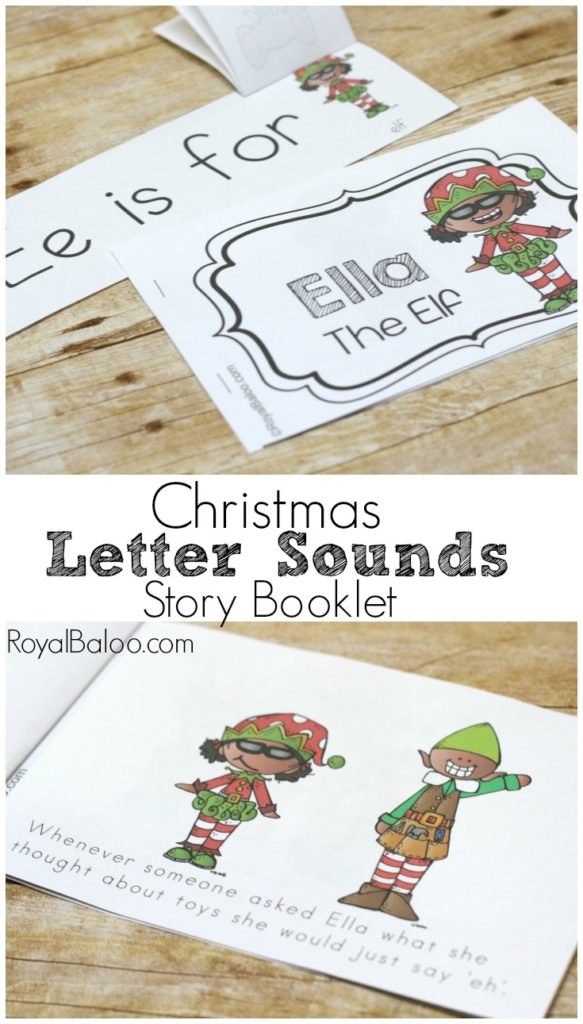