Logi-Bear is just starting to get into addition so we’ve explored many different ways of demonstrating addition visually.  Math is such an abstract concept.  I believe to truly grasp math you have to understand what is happening first.  So we started with combining groups of objects (if I have 2 cars and you have 1 car, we have 3 cars altogether!).  We’re at the part where we are adding objects and writing equations down.

So I felt it was time to get a bit more abstract.  Instead of using objects like cars, apples, and cats, we are using LEGO Bricks.  While he still has something visual to count the objects aren’t quite as fitting in a story sense.  To me, it feels like one step up from using objects.

In Singapore Math it calls for using dot cards.  You have cards for 1 through 10 with the appropriate amount of dots.  The dots were kind of lost on Logi-Bear so I wanted to make them a bit more visual.  We made LEGO Dot Cards.  These are more interactive but still serve the purpose.  All you need is 10 LEGO bricks in one color, 10 of the same size in another color, and a decently sized LEGO mat.  Just place all 10 of one color in two rows on your mat. 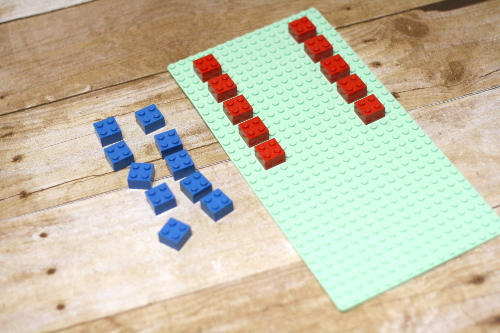 Then we started doing math.  If we put 8 blue blocks on, how many red will be left?  Two.    Eight and two is ten (we slowly start introducing the terms ‘plus’ and ‘equal’.  As natural as they feel to us, they are often foreign terms to them) 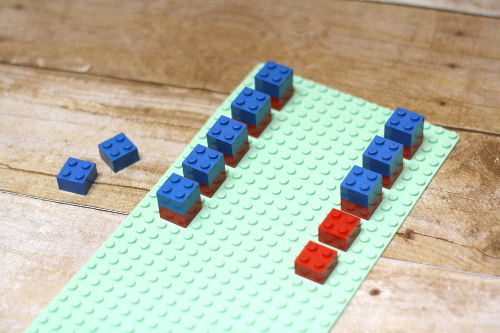 What if we put 5 blue blocks on?  There are 5 red blocks!  Five and five make 10 too!  And so on and so on with all the combinations (yes we do 8+2 and 2+8.  The commutative property will be covered later but in the meantime they might catch on themselves).  We will go through as many equations as he will sit for, but immediately stop when he starts showing boredom or frustration.  At this point, we are still trying to have fun with math.  He’s only 5, this is not meant to be a chore.  But Logi-Bear really enjoys numbers and math so we push him a bit.

The beauty of having two sets of counters with only 10 blocks each is that is easily illustrates how many you have and how many are left.  The red stands out (as does the blue).

We’ve done this activity multiple times and will continue to do so.  It not only helps to illustrate addition in a no so abstract but not so concrete way, but it also helps them to memorize those 10 facts. 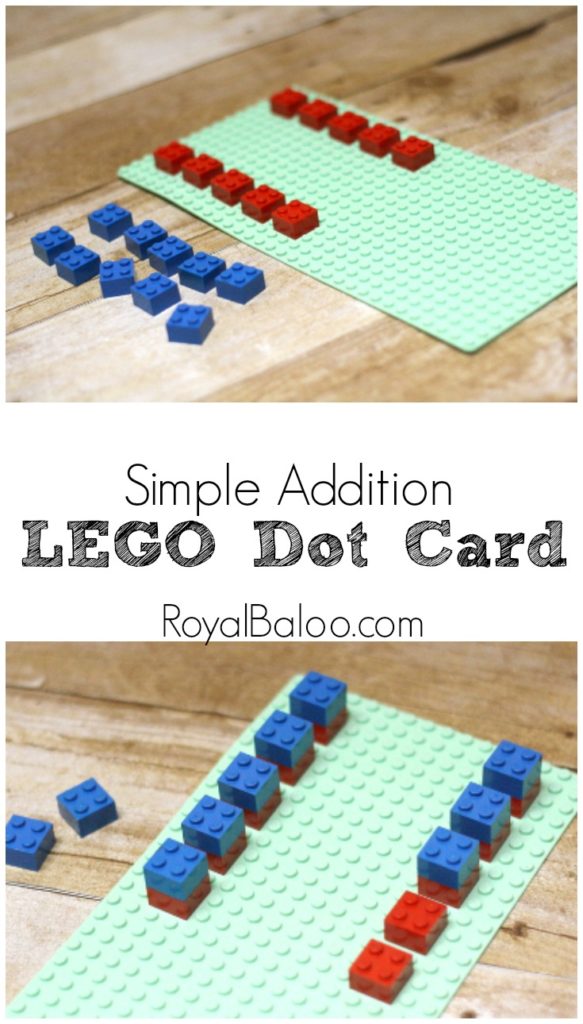