I wanted to spend another week on C since we didn’t really finish everything last week.  I figure there is no reason to rush!  So we had a nice relaxing week just finishing up our C work and decided to do a bit of an impromptu Angry Birds theme. 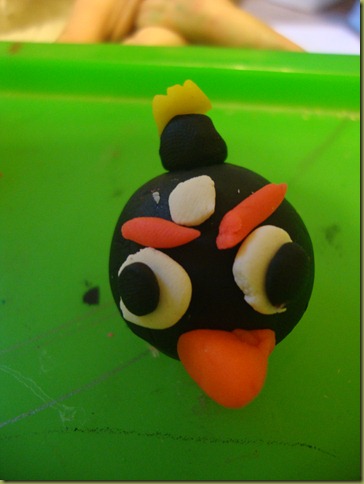 That led to these guys (and the loss of a beak…) 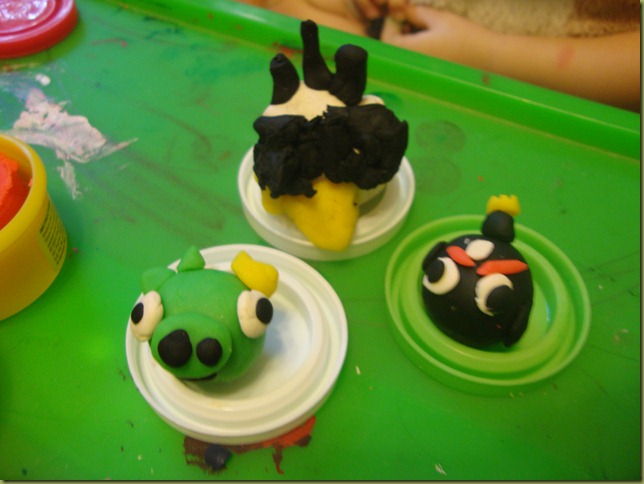 The boys were thrilled!!  Or perhaps I should say they were highly disappointed when we had to put the play-doh away and tantrums were thrown.  So I decided to do something a little more permanent.  And that is where the Magnet Pom-Pom Angry Birds came from! (super easy to do, glue pom-pom on magnet, add eyes, beak/nose, and angry eye brows!) 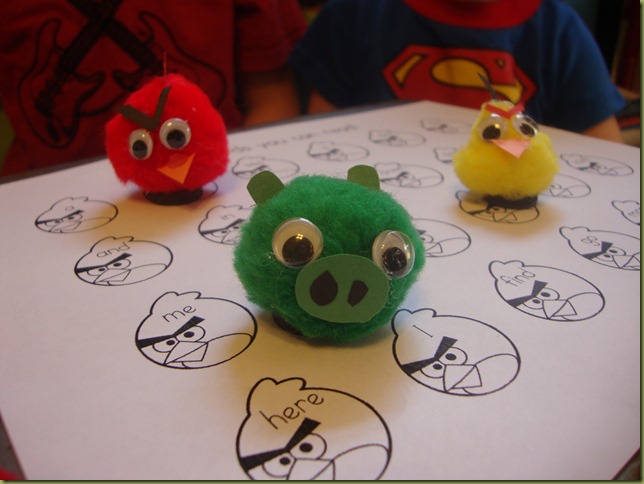 We used the Angry Birds kindergarten pack from 1+1+1=1 and worked on sight words:.  First I had Baloo put a magnet on every word he knew and then we played Bingo (his idea).  It’s not really a suitable Bingo board but he really didn’t care. 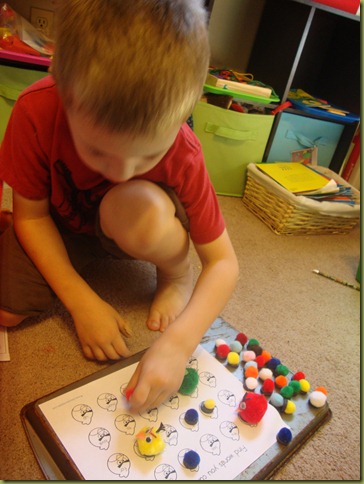 The boys worked together on sorting the birds from the pigs. 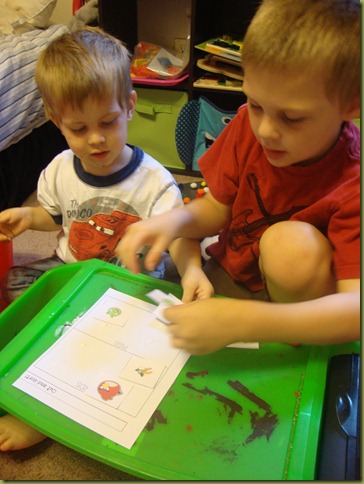 Baloo worked on some less than/greater than skills.

Baloo’s favorite part was the color-by-number though!  He asked me to print out the rest of the birds for him to color so I made a bunch more Angry Birds color-by-number sheets. 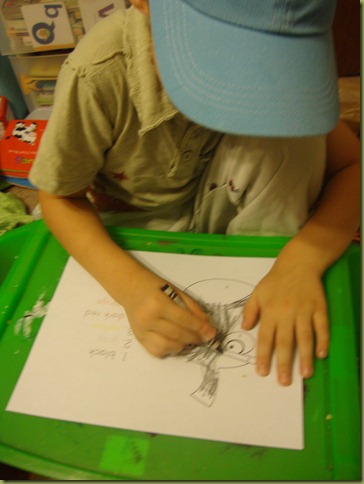 We used push-pins to make some window art with sight words.  I wrote the word on the paper and Baloo poked the holes. 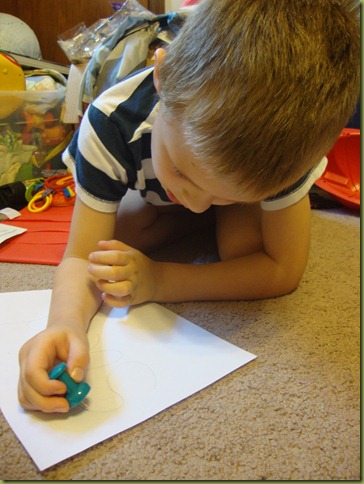 We wrote out our words with play dough. 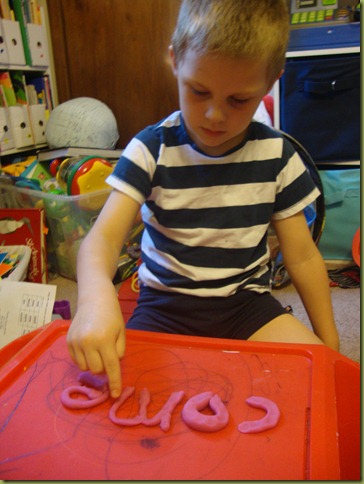 Baloo did my extra sight word activities.  He really loved using the magnifying glass!
(Downloads for units 1-10 can be found here) 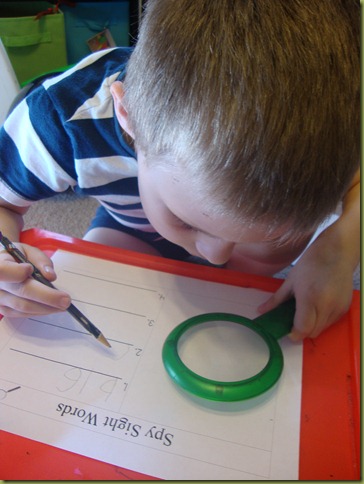 We have been working on patterning and finding the missing number during calendar time. 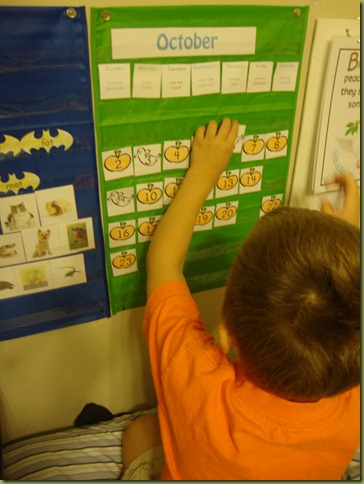 We spelled out our words with bean bags… 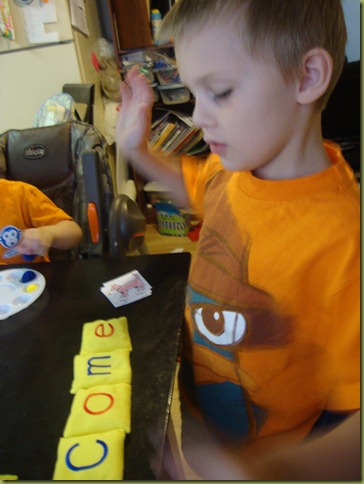 And then we pretending we were cooking words.  Baloo was flipping them like pancakes! 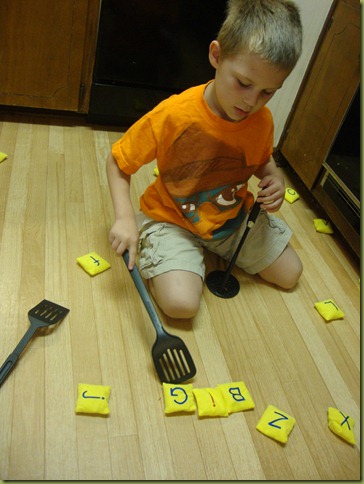 The best part of our week was meeting this butterfly.  Baloo say very very still for about 5 minutes… 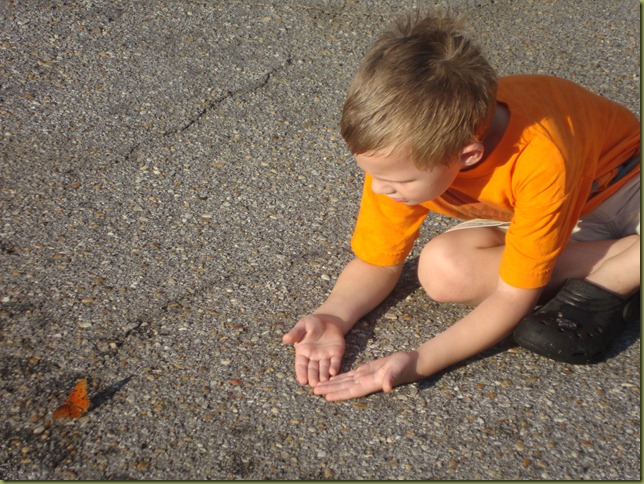 And he was rewarded by the butterfly landing on his hand!  He is very interested in learning about butterflies now! 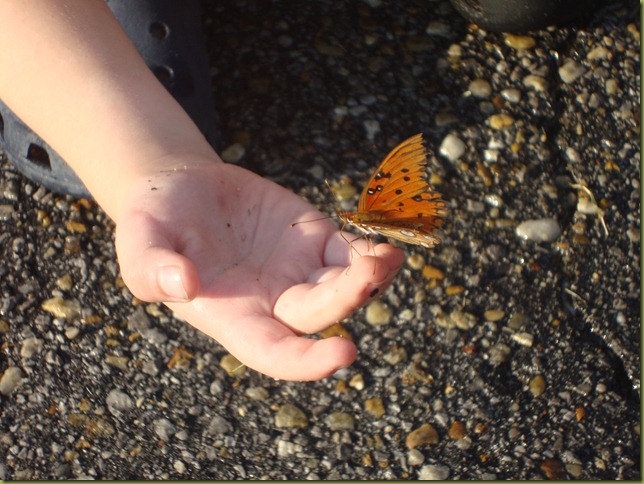 That was our really fun week!  We will be linking up to: