Royal is working on counting, 1:1 correspondence, recognizing numbers, etc etc.  We’ve used clip cards in the past with a bit of a different style.  I wanted to recreate them a bit so they would be more versatile.

Whenever we pull them out we first put them in order 1 through 10.  Then I let Royal choose how to use them.  This time he decided to match the numbers. 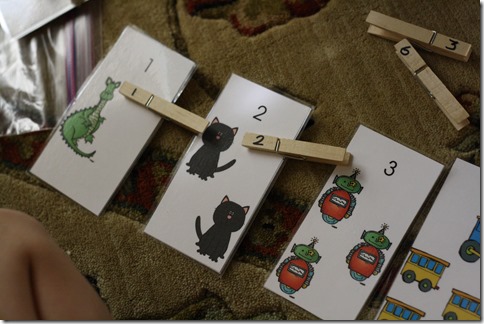 His favorite is 8.  Due to copyright I had to change the 8 for the set I uploaded.  It has fire trucks

I try to let Royal explore on his own as much as possible.  He knows what to do with the cards and typically will choose to match the numbers.  Some days though, he decides to play around.  This time he made a dog and had his dog walk up and down the rest of the numbers…and fly all around the room.

You can get your own set of Clip and Count Clothespin Cards here!

I’ve also started including them in many of my theme sets including Johnny Appleseed and Tools!  Let me know if there is a theme you’d like to see and I’ll do my best to get it done! 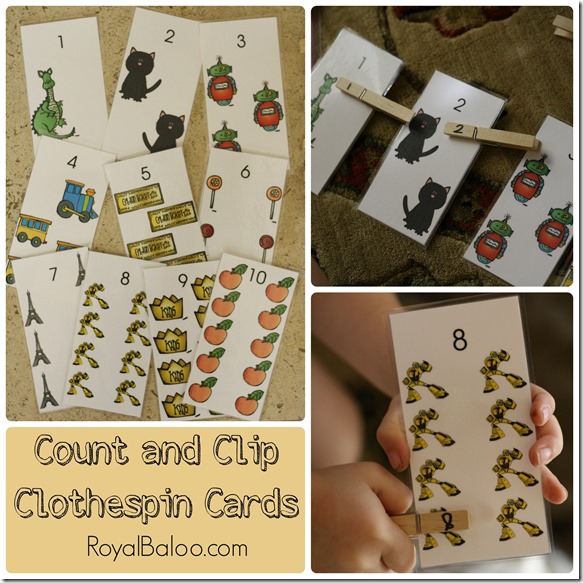