For Earth Day I had this wonderful idea to show the boys how pollution effects plants and their growth.  I thought we’d simulate a little experiment.  The idea was simple – we would use 3 old milk cartons, put a bit of soil and some seeds in them.  1 would be a control.  1 would be polluted from the start.  The last would be polluted but just after the plants had started growing.  My thought was that plants are pretty good about filtering pollution, but would they be able to grow in a polluted area.

The hardest part was figuring out how to pollute a small milk carton.  I thought of using cigarettes, but my husband and I thought better of it.  So I used Febreeze.  Nothing against Febreeze (obviously since it was already in our house) but I thought it might do the trick.

So here’s the process:

Cut holes in side (now top) of all 3 milk cartons. 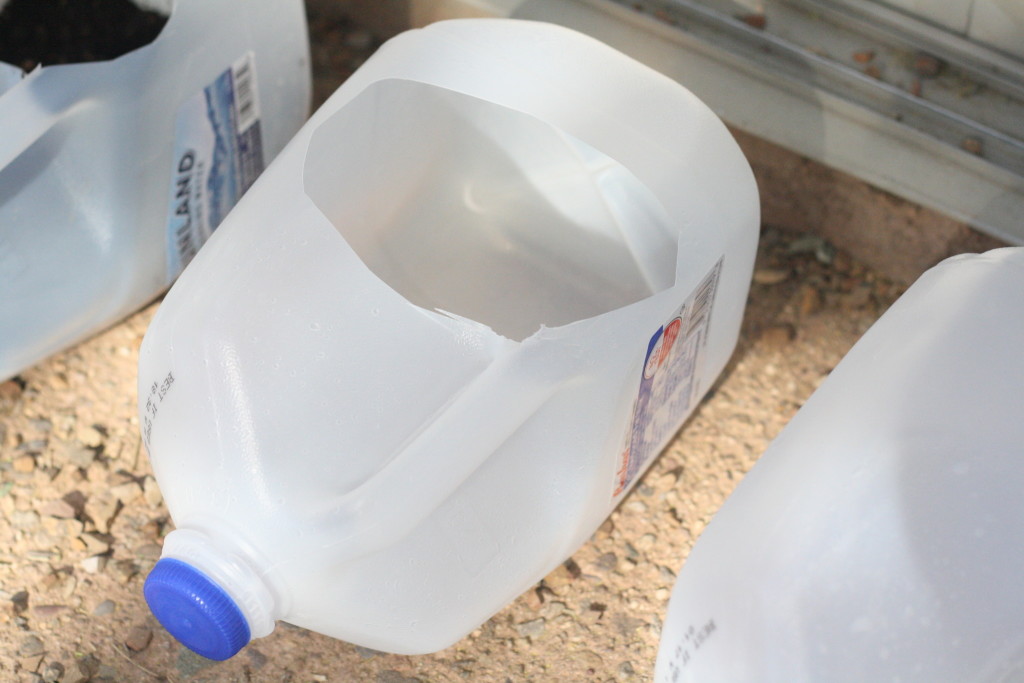 Add soil.  Ours was already fertilized, fresh from the garden. 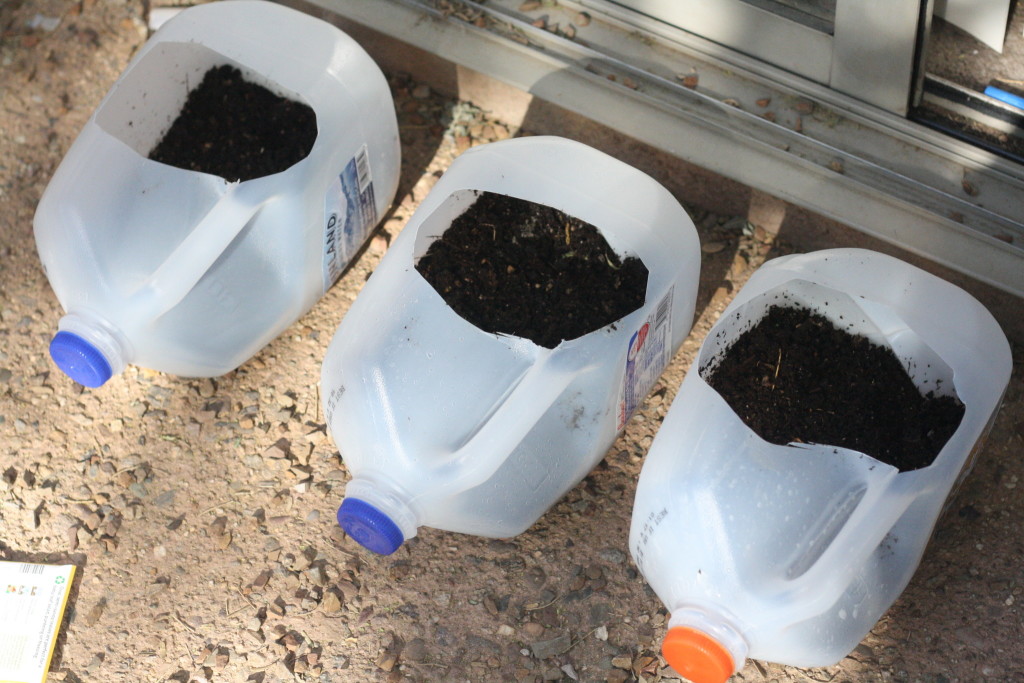 Add seeds.  We happened to have spinach and pepper on hand, I believe.

Cover each with saran wrap to maintain polluted or non-polluted air.  Then I sprayed the febreze into the polluted group about 20 times.

I labelled them and proceeded to water and pollute them on a daily basis. 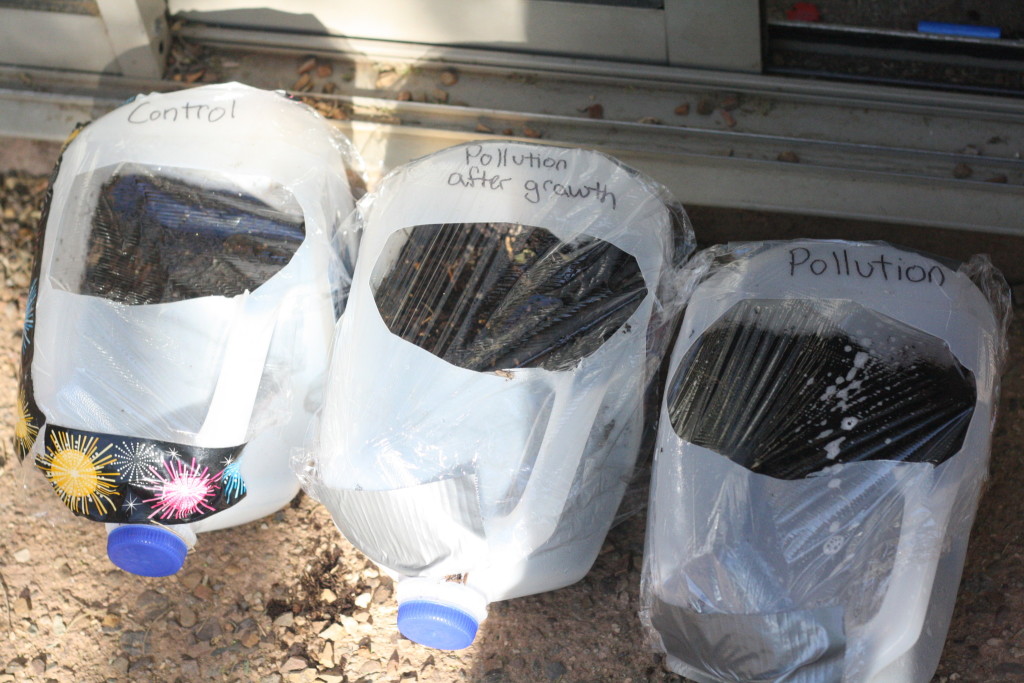 This is where everything went wrong.  It took nearly 2 weeks for anything to sprout.  And only one group sprouted…the polluted one.  Neither of the non-control groups even had a seedling. 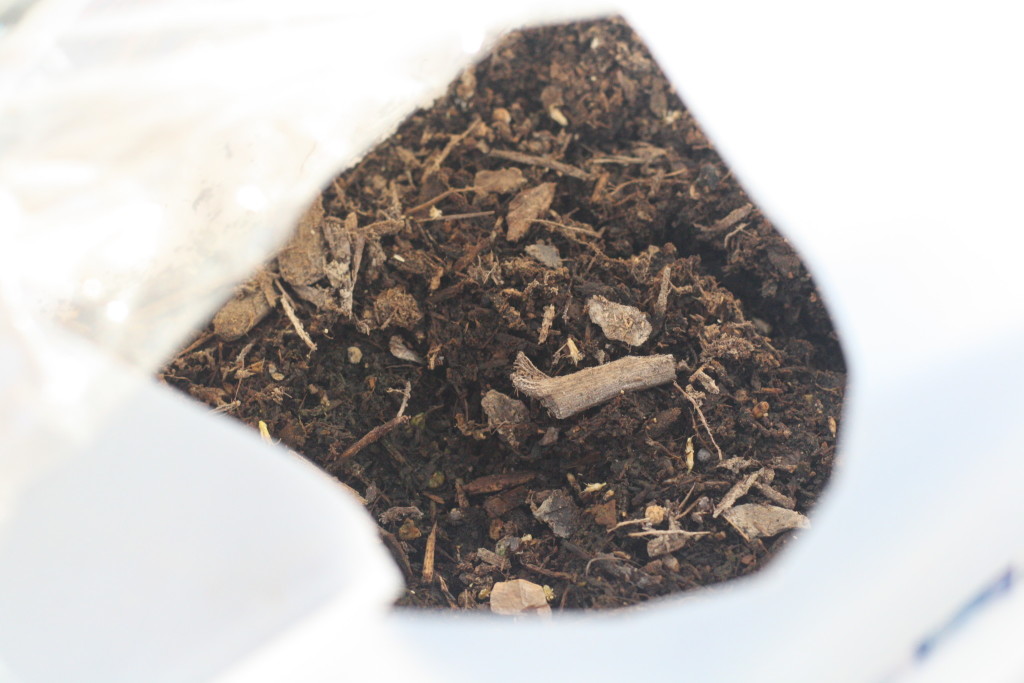 So obviously my hypothesis was wrong or simply flawed in some way.  So we discussed it.  In the end we decided that something in the febreze made the conditions better for plants to grow.  We looked at the ingredient list to attempt to figure out exactly what helped, but really couldn’t narrow it down.  Water is one possibility, but they all had ample water.

In the end, I did learn something very important.  Spraying febreze on your plants makes them grow faster.  Perhaps I will be able to have a successful garden now!

So how do we learn from a failed experiment?  Well any ways!  First, whether an experiment meets the hypothesis or not, the question is always ‘why’?  Why did it work?  Why didn’t it work?

We went over our methods to make sure that everything except for the febreze was exactly the same.  Same seeds, same soil, same water.

Then we brainstormed all together.  We discussed some plant physiology.  We made more hypotheses and more guesses.  We learned just as much from this failed experiment that we would have if it hadn’t failed.