‘Counting on’ is one of those skills that I didn’t understand needed to be taught until Baloo was probably 4 or something.  I guess I just hadn’t thought of it and assumed kids would just pick up on the pattern of numbers.  And some kids pick up on that really well!  In fact, I noticed the other day that Logi-Bear can ‘count on’ sometimes if he’s not really thinking about it.  It comes naturally.  But it wasn’t that way with Baloo or Royal.  No no, it was not that way at all. 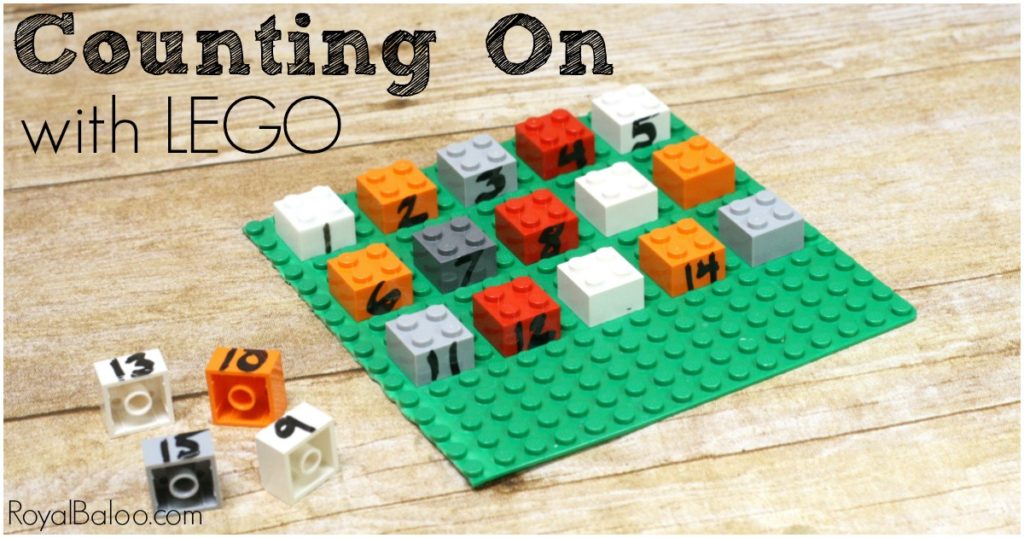 Why Counting On is Important

I have to take a second to cover this because it was a real mystery to me just a few years ago.  But essentially, kids don’t know they can start with a number other than 1.  Which makes sense when you think about it.  When we teach kids to count we tell them to start with 1.  If they start with 7 we say “no, start with 1”.  While we are telling them that you can count four objects by saying “7, 9, 2, 4” they think we are saying “Counting must always start with 1, no matter what”. 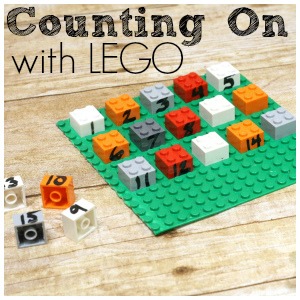 I think I’m going to have to buy one of these LEGO sets.  The kits these days come with such specific pieces.  I just want the regular LEGO bricks!  If you’re going to start LEGO math, I recommend pulling out as many generic 2×2 or 2×1 pieces that you can! 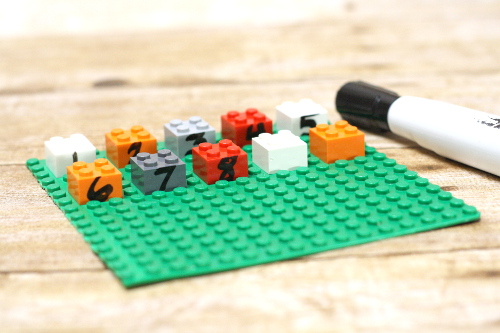 How to do LEGO Counting On

First, I wanted to illustrate why we are allowed to ‘count on’ and show Logi-Bear that we’re not changing the rules or cheating.  So I put out all the numbers up with where we were skip counting.  I told him that we have the numbers 1-5 in the first row.  We know there are 5 numbers so we don’t have to count them again and again.  So if we want to add 4 more LEGO bricks to the 5 we already have, what numbers do we use?  I already had 6-8 in place.  So we counted “6, 7, 8, 9”.  We practiced that a few times. 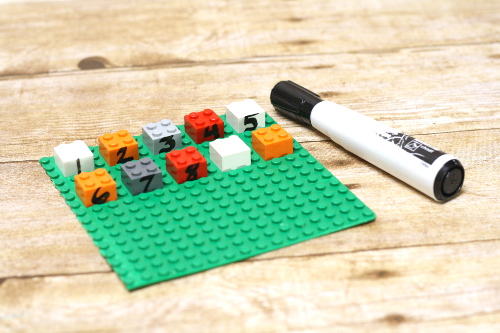 I had the numbers ready so he could just put them in.  I didn’t want this to be a task but to be more puzzle like.  It’s a problem to solve.  He enjoys puzzles so I figured it would pique his interest. 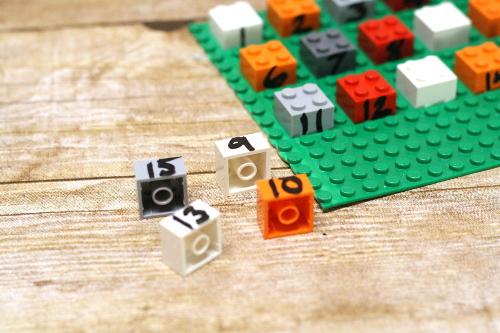 LEGO Counting On with Higher Numbers

Once he figured out 1-10, we added five more.  I’m also working with Royal with counting on larger numbers.  With his I would just start the numbers at a higher point. 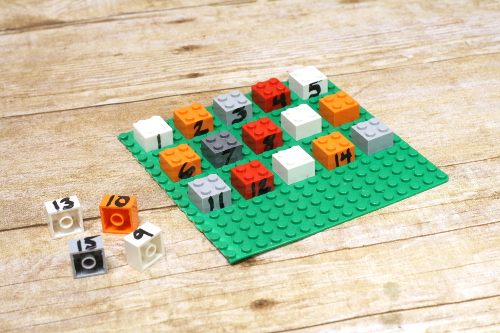 Solved!  All in all, I think this one went pretty well.

Using a hands-on and visual methods for counting on really helped.  I think Logi-Bear has the concept down but we will probably practice again, just because. 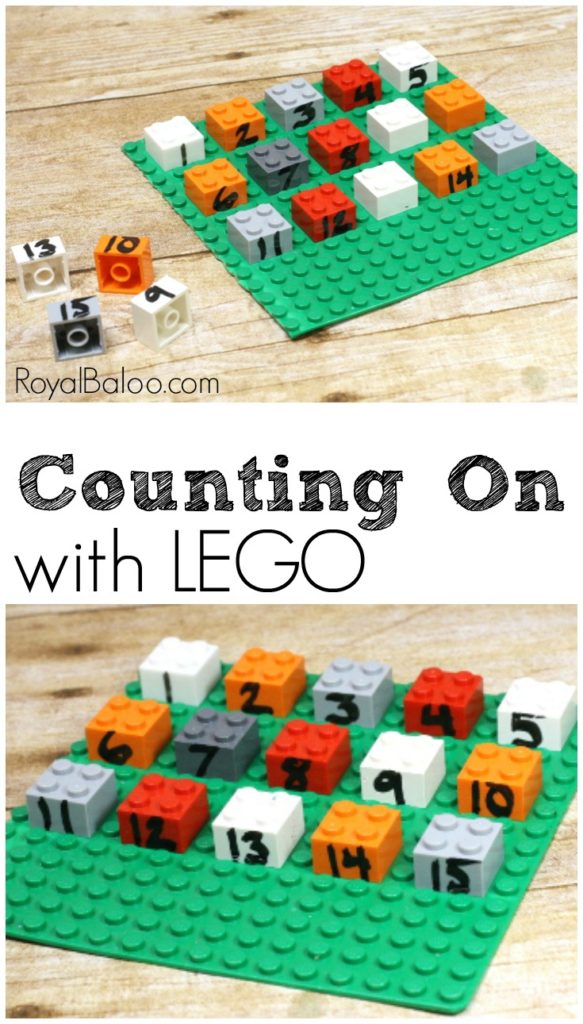