Learning math is really a series of understanding numbers and how they relate to each other, right?  There are some people who just ‘see’ the patterns in numbers and it clicks.  Except, I don’t think they just see it, they are taught in a way that promotes understanding.  Number sense is the beginning of that. (followed by place value).  And this Turkey Number Sense pack is an adorable way to get started! 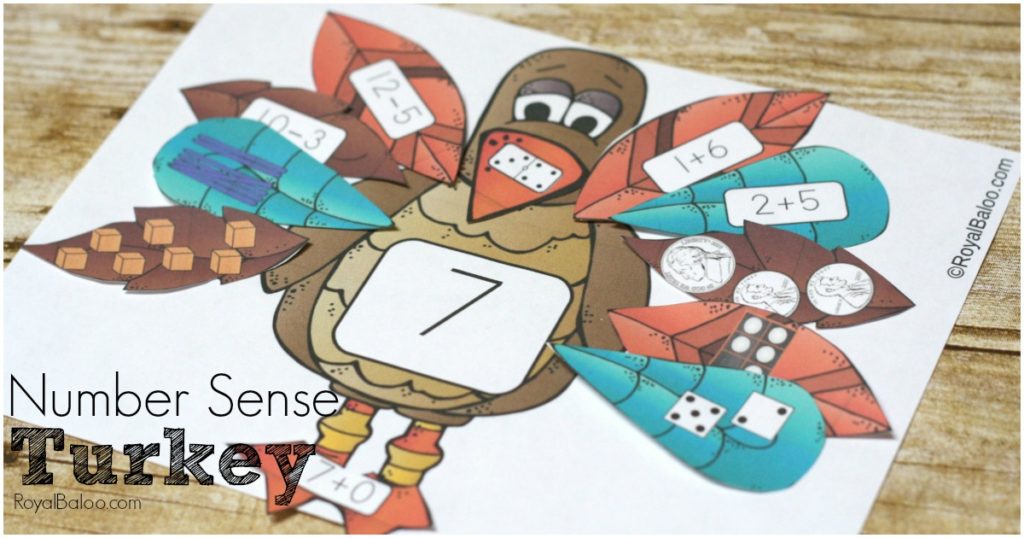 At Thanksgiving, we like to do Turkey math, turkey reading, turkey social studies, turkey everything.  So turkey number sense only made…well, sense.  We are always later for Thanksgiving than we think and the boys get restless.  The holidays are exciting but on that day we are asking them to just sit?  No way (in their minds, at least).  So the past few years I’ve taken to printing out some printables for them.  Sometimes they do them, sometimes they don’t.  It’s a great way to entice them to get some more work done though, because they get to show it off immediately afterwards! 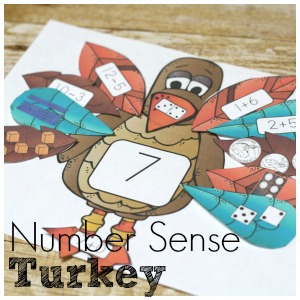 How to Set Up the Turkey Number Sense Page

The idea behind this is pretty simple but requires a bit of cutting.  If you want it to last longer, print on cardstock.

We didn’t print out a lot of numbers at a time simply because cutting the feathers was not my idea of fun.  But for 2-3 numbers, it would be a great way to practice some number sense! 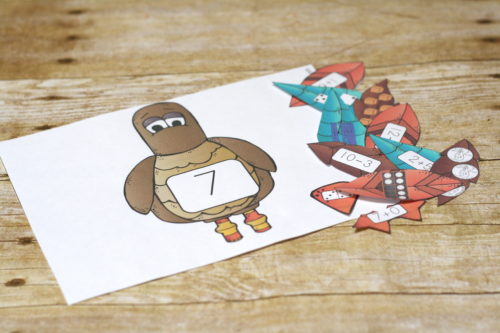 How to Use the Turkey Number Sense Page

We just put out the feathers out together and worked through the numbers.  Counting dots, working through the subtraction problems or tally marks, etc.  There are 11 pieces for each turkey.  If I wanted this to be an independent project, I’d probably only cut out 5 for each turkey! 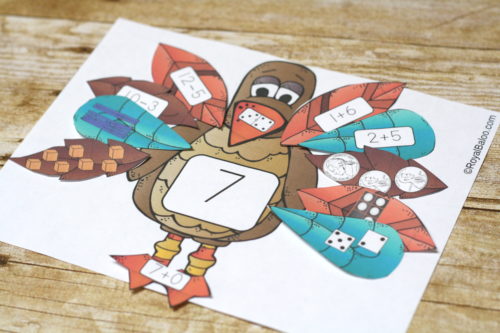 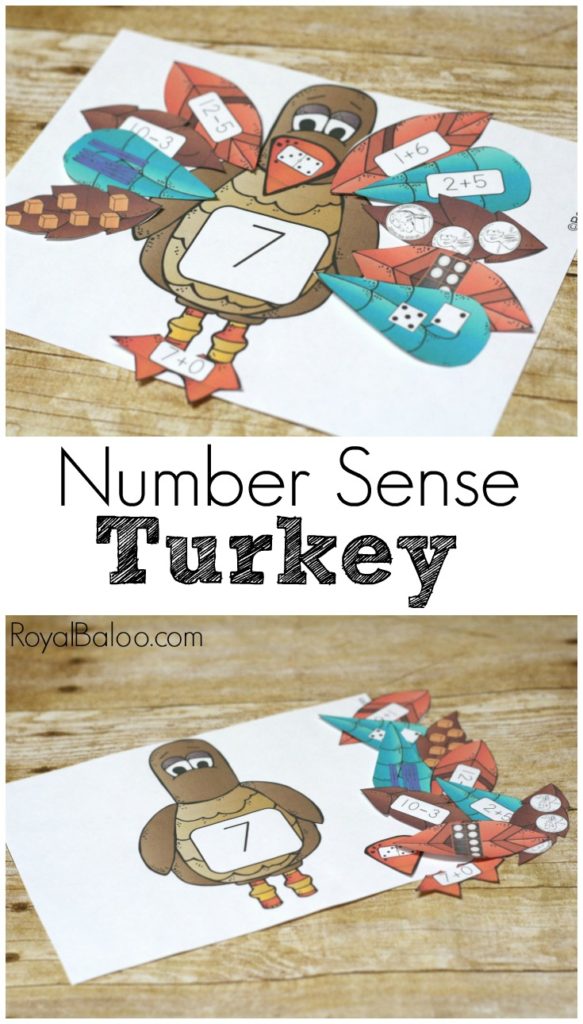