“One-ty one, one-ty two, one-ty three”.  Yes, we renamed the teen numbers to be more in line with the rest of the numbers.  And it sounds so weird.  But it makes so much more sense.

I could see the frustration in Logi-Bear.  His eyes would well up with tears and he would clench his little fists.  He had a hard time figuring out how to write seventeen as a number.  And a hard time differentiating between seventeen and seventy.  So we decided it’s one-ty seven from now on, or until we can better explain the teen numbers.  Plus, one-ty seven is really cute when it’s coming from a 5 year old. 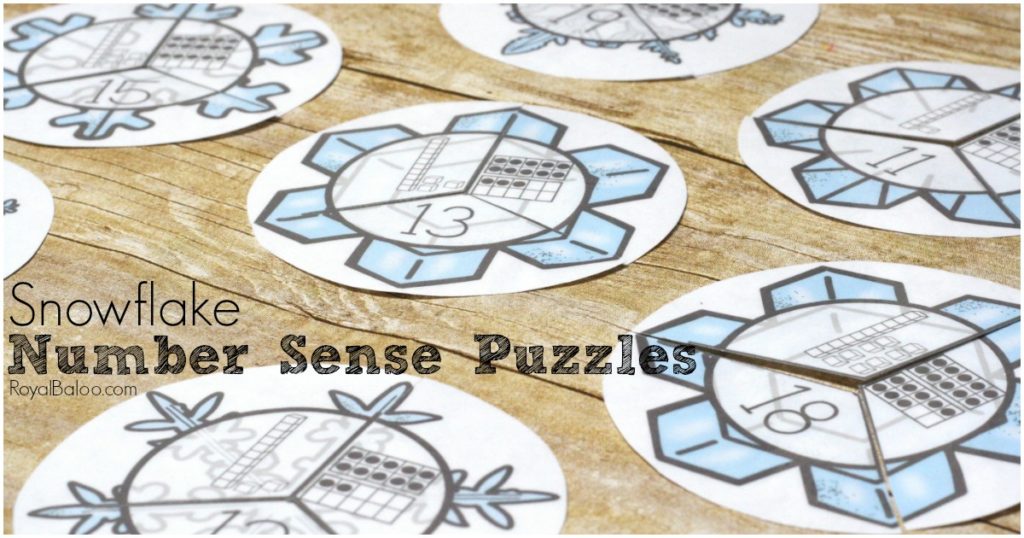 Just two days left of the 31 Days of Printables!  The newsletter will be sent out on Thursday and I’ll be rounding up winter ideas – but it’ll be more than just the last few ideas from Cassie and I!  It’ll be a full round up of great printables!  And an extra freebie from me because I think you guys are awesome.  So don’t forget to sign up! 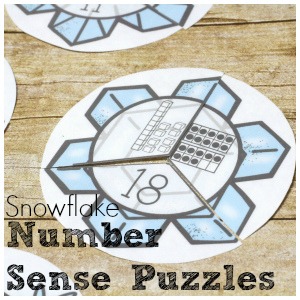 We don’t get a real fall or winter here in Arizona.  So we went swimming a few days ago and at the same time my friends in the north had their first snow.  It feels so weird to be making winter printables when we’re still in summer mode.  We’ll probably end up using these with a unit on snow or something like that.

How to Set Up the Snowflake Number Sense Puzzles

I laminated these so they’ll keep.  They’re puzzles so they are handled more than other printables.  I was hoping they’d last at least one season, so lamination it is!

So laminate and then just on the black lines to make three pieces.  There are 5 different snowflakes, so each one is on two numbers.  So they won’t be able to just match by the snowflake, but they’ll know if they put a wrong piece in for the most part. 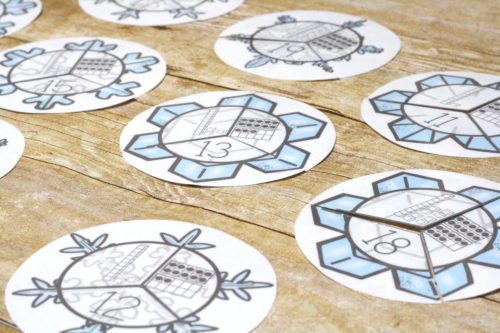 How to Use the Snowflake Number Sense Puzzles

My plan is to start with about half and just let Logi-Bear (5) match the pieces.  My goal with number sense and these puzzles is that he can recognize that 14 is 10+4.  So the ten frame he just needs to look for the one with 4 on the bottom and not count to 14 on each one. 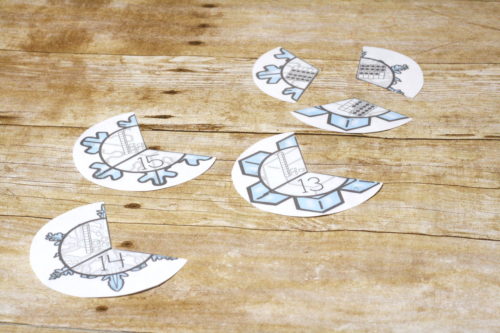 On the top left is the base 10 blocks.  I’d like him to become familiar with those as well.  I think base 10 is excellent for understanding place value. 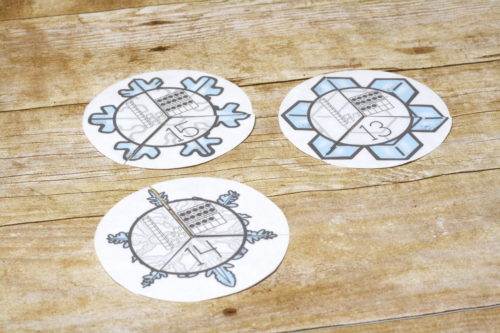 Lots of pretty snowflakes!!  I love that this illustrates that 15 is bigger than 12. 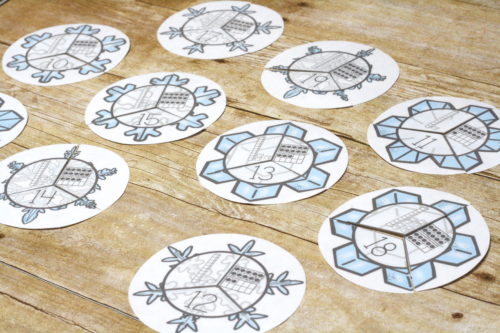 Here’s a clear show of all the pieces together.  The number is on the bottom.  Base 10 on the top left (one 10 rod and 8 blocks).  And the 10 frames on the left.  One complete 10 frame and one 10 frame with 8 dots.  That sounds horribly confusing with all the number words combined! 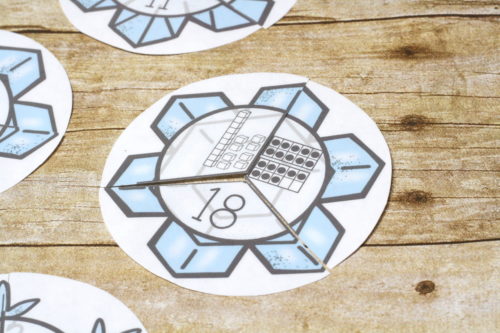 My plan is to present them with the puzzles separated into like parts.  All the ten frames together, all the base ten together, and all the numbers together.  In reality, we will probably just dumb them out of the bag they’re in and go at it.

There are only two days left of the 31 days, but the weekly round up of printables will continue!  Yes, I’m going to send an e-mail once a week rounding up a lot of amazing printables with just one theme.  And there will almost always be an extra special freebie on that theme in the newsletter.  So sign up for the round up or sign up for the freebie, either way, I’ll see you in your inbox! 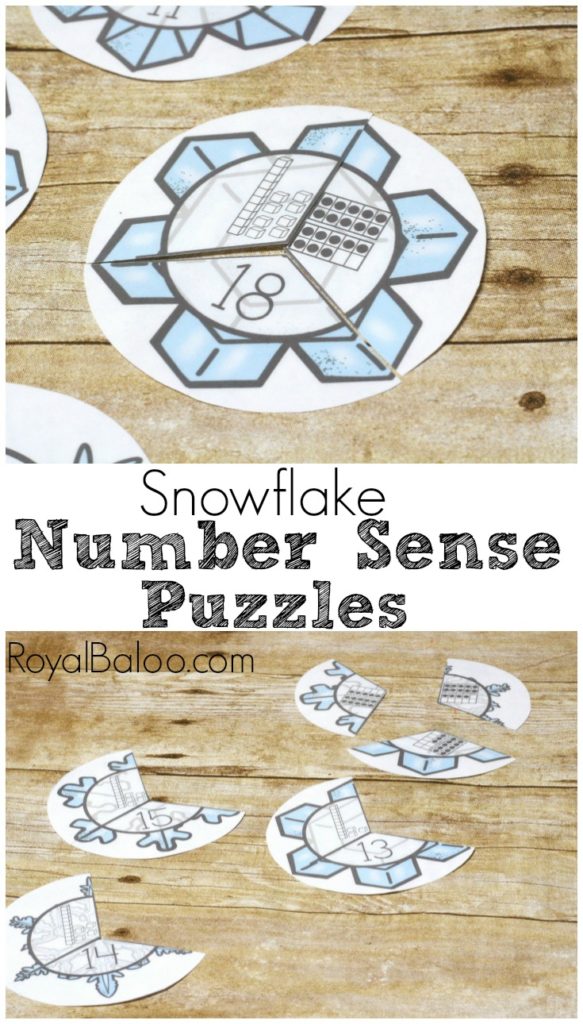