Royal (7) hit multiplication in our math curriculum and shut down immediately.  He thought it was too hard, too early, and he would never get it.  I didn’t know someone could have such strong emotions over something they have never tried to do before!  He’s even seen Times Tales and picked up some multiplication facts.

But all that is neither here nor there because he was not mentally prepared.  So I put together this intro to multiplication. 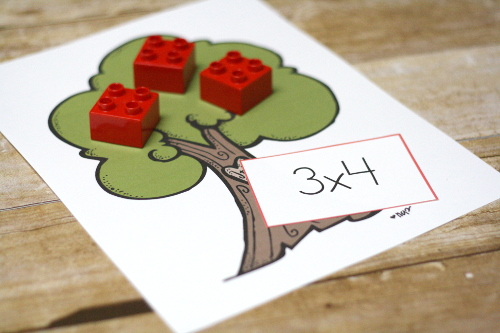 The idea behind these trees is recognizing how many groups there are, that the groups have an equal amount of apples, and how many apples are in each group.  So we did this a few different ways.  First, I would put out the groups and say “How many groups?  Are the groups all equal?  How many are in each group?”.  We used a few LEGO bricks to get going, but I didn’t want to be restricted by the number in the groups.  These particular ones were 4s and I wanted to do others too.  They were a great way to break the ice though. 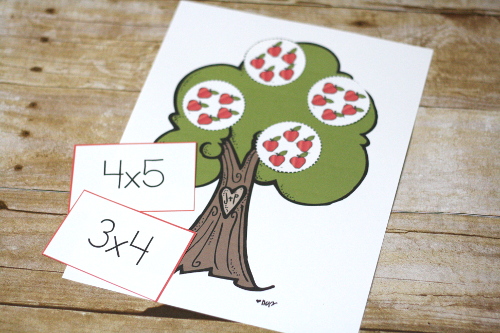 Next, I would set out the groups and have him pick the card with the equation.  Sometimes I’d narrow it down to just 2 or 3 cards and sometimes not. 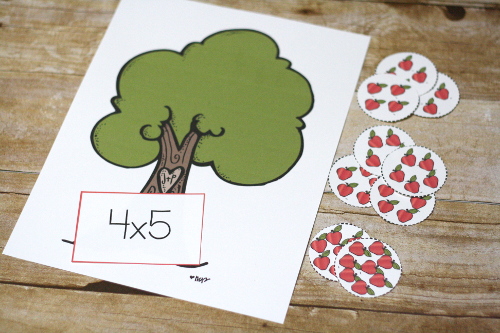 Finally, we would pick a card and have to choose the right stack of apple groups.

Now we are feeling much more confident about multiplication and what it means!

I also have a Johnny Appleseed pack that would work really well with this!  Don’t miss it! 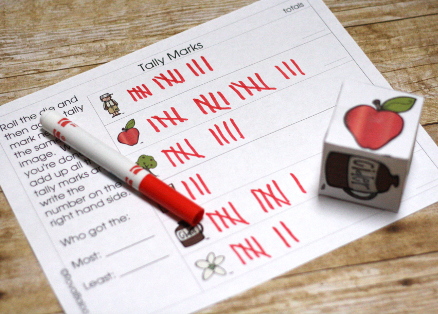 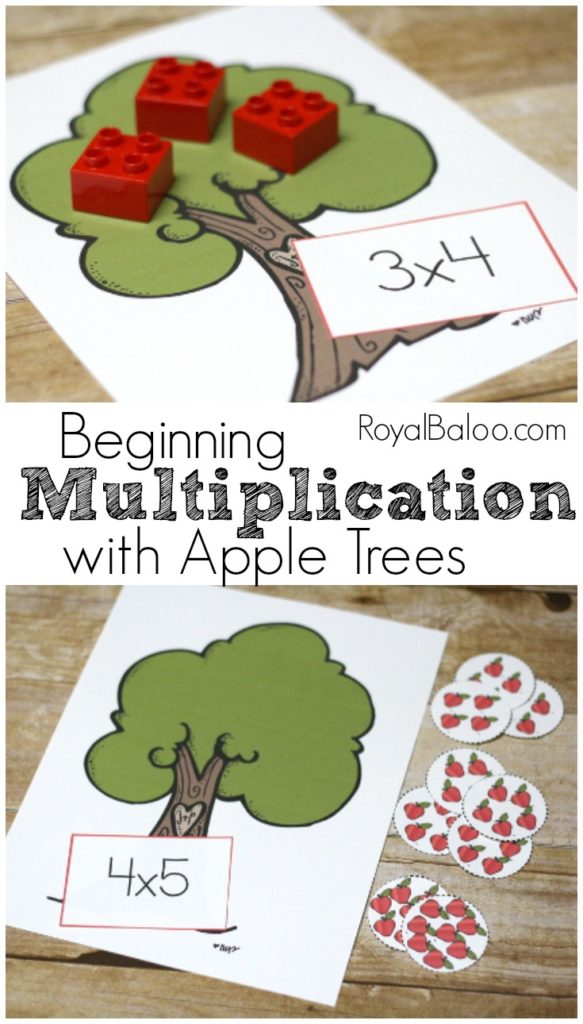