We are color coding our LEGO bricks.  Not even kidding!  We have about a million sharp and pointy LEGO bricks all over the place.  Even the cats hate stepping on the…but they are getting organized and it is so awesome.  As a kid, we had a small box of LEGO bricks.  Each kid got to make one relatively small object at a time and it was never one or two colors.  It was every color.  But now, I can create with LEGO using all one color.  And it’s everything I thought it would be. 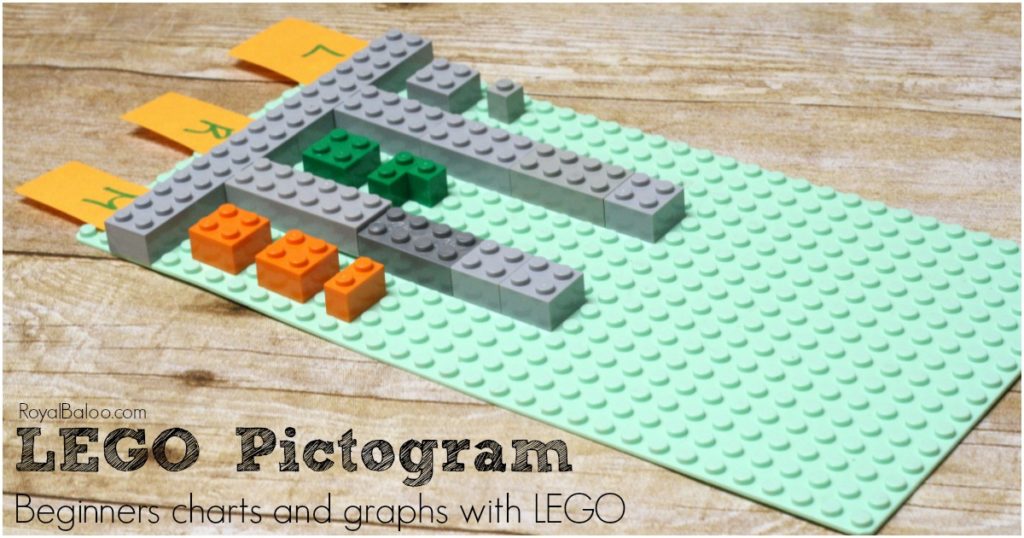 Anyway, I was looking ahead in Royal’s math books and he’s about to do Pictograms.  So why not a quick introduction with LEGO, right?  LEGO Pictograms are awesome!

For those who aren’t familiar, pictograms are graphs using pictures to represent objects.  So each picture represents a certain number of something.  They’re often theme related.  So a pictogram about how math home runs a player has hit – a baseball bat on the graph might represent 10 home runs.  It’s a great tool for comparison and really good for beginning graphs and tables. 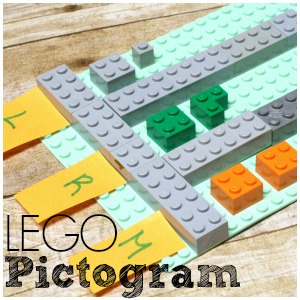 How to Explain LEGO Pictograms

I remember first discussing pictograms with Baloo and he was baffled.  Why would we waste our time with that?  It didn’t seem like a good use of our time to him.  It was a pictogram where each picture represented one of whatever it was. He knew tally marks and such at that point so the pictogram seemed pointless.

When I explained how you could visually compare the amounts, he began to understand.

But when I showed him a pictogram where each picture represented more than one object, he really got it.  Pictograms can visually show great amounts of numbers!  Each block can represent hundreds or thousands!  Tally marks would be very difficult there. 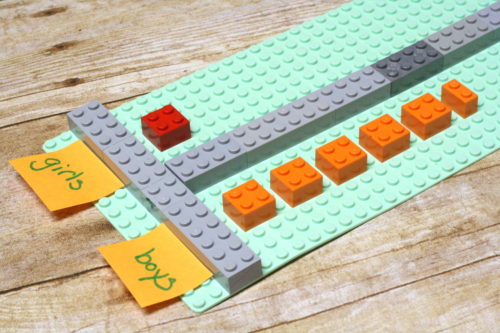 How to Set Up your LEGO Pictograms

I used gray blocks to separate our base into two or three sections.  Of course, you can do as many as you want!!  The gray line didn’t extend to the end, but I knew our blocks wouldn’t get that far anyway.

A good starter set will have all the blocks necessary for these activities!

Collect a few blocks in certain colors.  I made sure we had the right pieces before starting. 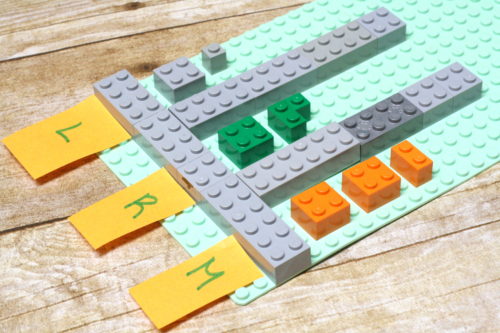 We started off simple – name your friends and sort them by gender.  I would have sorted by age, but they have no clue how old their friends were.  They do have some friends that are girls (more than they remember) but the boys one.  Each block represents four people.  The number four was intention as there are four bumps per block.  So we are still doing multiple objects per block but the objects are still represented individually.  I felt it was a good place to jump off. 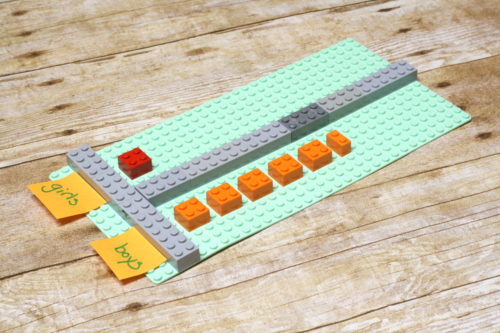 I wanted to move on to something a little closer where a visual representation would be beneficial.  So we did their ages!  Each block stands for four years.  Baloo (orange) is 10.  Royal (Green) is 7.  And Logi-Bear (gray) is 5.  It was near to show them that we could divide the blocks (and a quick discussion on fractions).  And they could visually see how they ages compared.  And since the blocks don’t look like a really big difference, Royal and Logi-Bear were pleased. 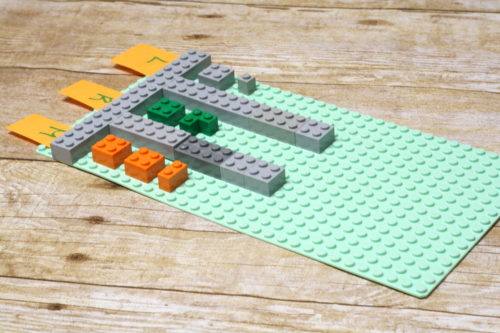 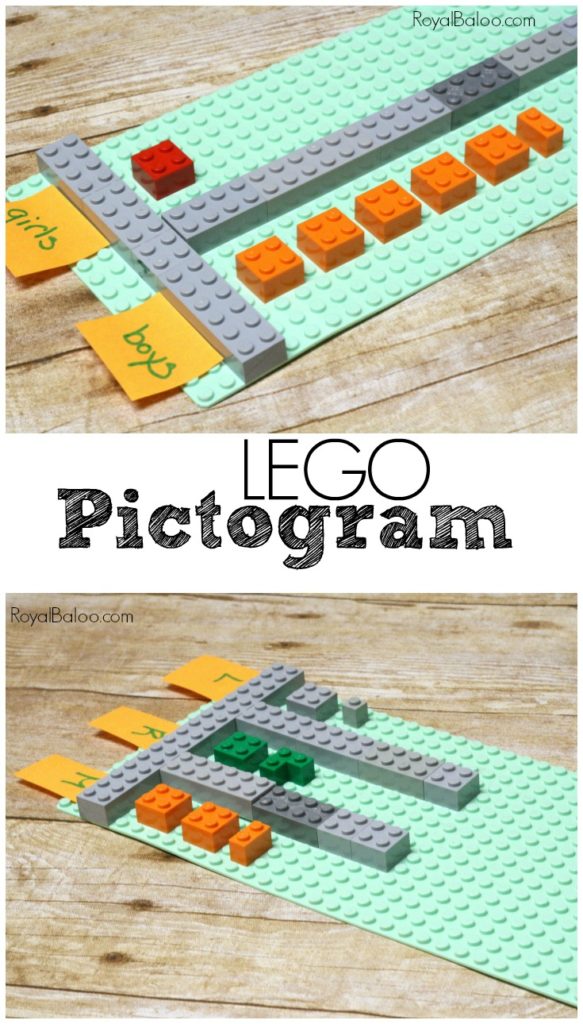