Royal is not great with identifying his letters yet so we’ve taken a real focus on the ABCs.  I was inspired by Bath Activities for Kids to bring the learning into the bathtub!

Using foam sheets, I cut out some letters and a few objects that started with the letter M:
moon
mailbox and mail
mountain
moustache

The boys were SO excited to get into the bath and have something new to play with. 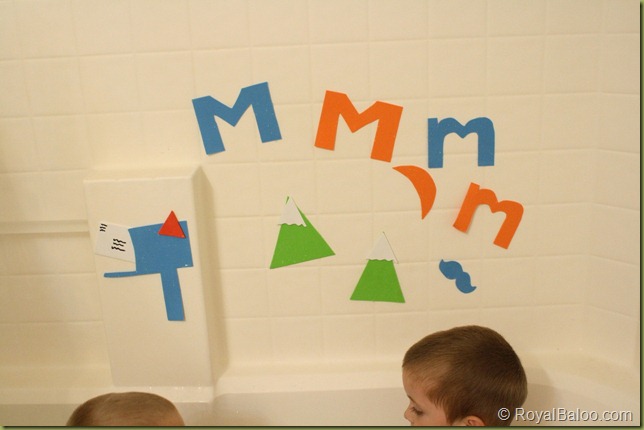 They immediately ripped it all down and started asking what it was all about. 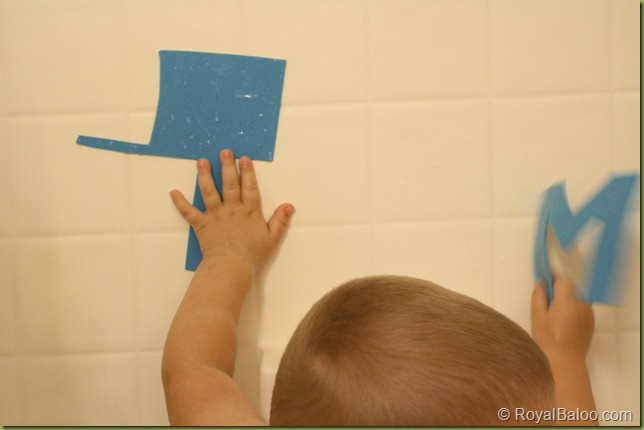 Logi-Bear was a bit jealous that Royal was getting his picture taken…but I only cut out one moustache!  So he hid behind an M!

This bath really got Royal interested and he was asking about everything.  We were able to spend a good 20 minutes identifying the letter and talking about the sound the letter makes, as well as talking about 4 objects that start with the letter M!  We will definitely be doing more letter themed baths!!