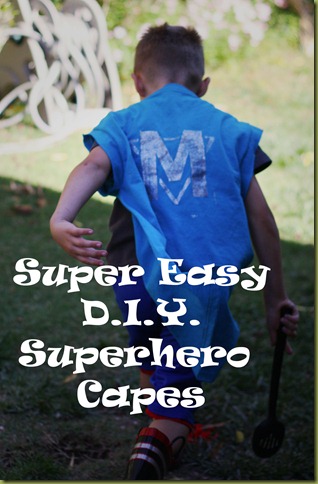 Royal and Baloo naturally love Superheroes.  I mean, it’s so cliché, but they are such boys.  I’ve been meaning to make them Superhero capes for awhile.  They love to tie blankets around their necks and run around, but that just doesn’t always work well.  I also wanted to make something that wasn’t a choking hazard.  Tying things around necks does not make me feel safe!  So I bought 2 shirts at Micheals and set out to transform them!

I wanted to paint a decal on the back for them, and this sounded like the perfect project for freezer paper stenciling.  I had never done it before but it sounded easy enough!!

I designed these little decals on the computer, and printed them out! (I made a set for every letter in the alphabet available for download at the end of the post!). Freezer paper is thin enough that I could trace the lines right onto it.  You’ll want to trace on the papery side, not the smooth side. 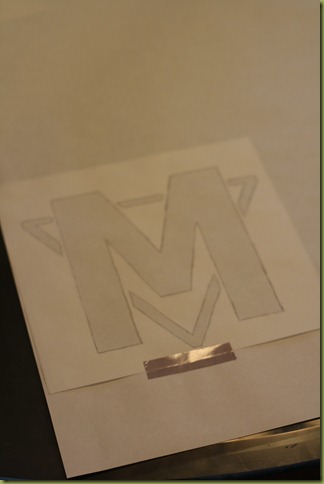 Then I used scissors to cut out the dark parts.  An exacto knife would have been smoother, but honestly the rough edges didnt make a difference. 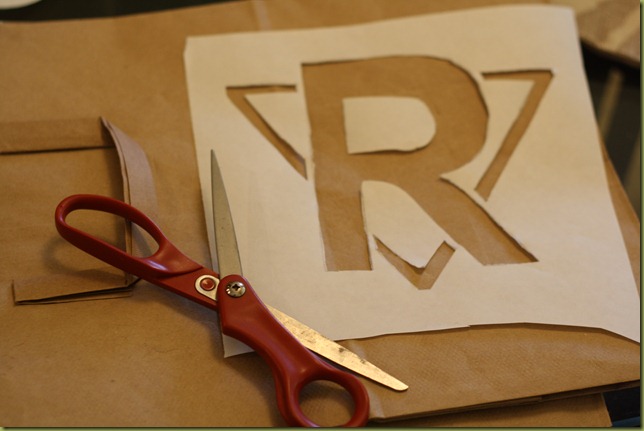 Next you have to iron the freezer paper onto the shirt.  Make sure the shiny side is down on the fabric!!  I had my iron set at medium heat and the paper adhered pretty quickly. 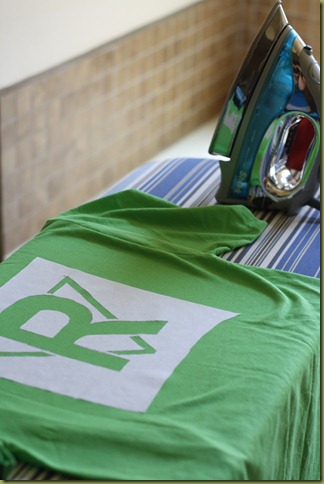 I got the idea to use sarah wrap instead of paint brushes from I Am Momma Hear Me Roar.  I decided to do that partly because we don’t have paintbrushes, but mostly because I liked the effect.

Turns out I didn’t get silver paint though, it’s just glitter paint.  Oh well, I still like how it turned out! 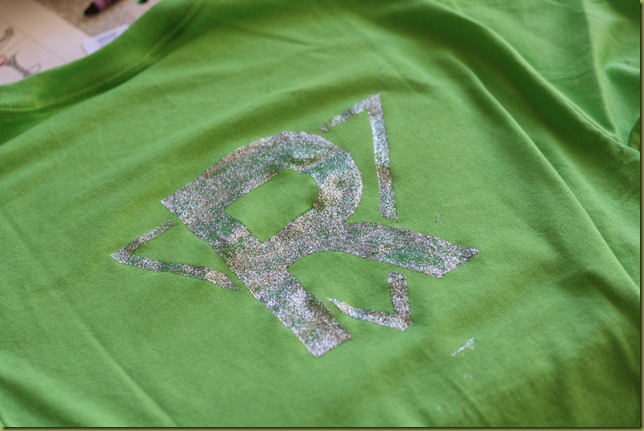 Now, to turn it into a cape just lay it out… 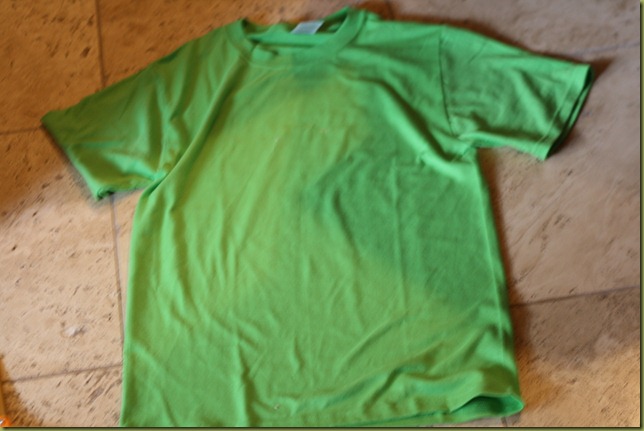 Cut off the sleeves, and the front of the shirt up until about the armpits. I left a bit of a seam allowance so I could sew up the sides, but that’s optional! 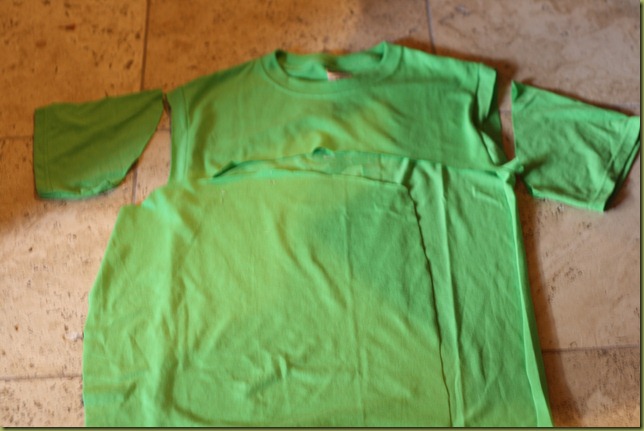 For the record, this is the cause of the blurry pictures above!! He wouldn’t give me 5 seconds to get the picture!! 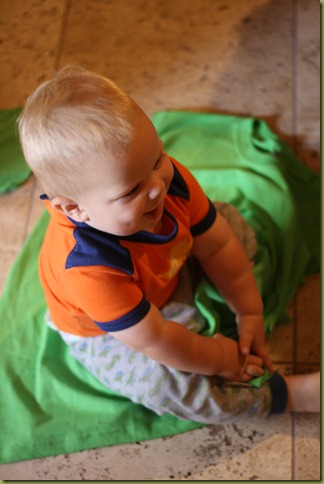 And here you have a super fun, easy to put on, and relatively safe super hero cape!

And of course you’ll need some fun educational activities to go with your new capes!!  Check out my Superhero PreK pack and Kindergarten Math Pack! 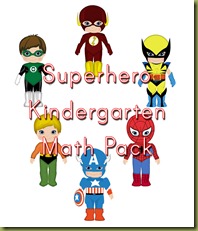