P on his tummy!

I got the idea for this game from 1+1+1=1 when she sang a song for her son to the tune of “Lauri has a pig on her head…” from the Lauri Berkner band.  We have their CD and absolutely love it.  The songs are so fun and catchy!  It’s nearly impossible to sing or listen to their songs without getting up and dancing.
You can buy the CD/DVD on amazon here!

Anyhow, to go with our Snowman theme I decided to make a magnetic snowman with a bunch of letters, numbers, shapes, etc.  We put one somewhere on the snowman and sing the song!  The boys really enjoyed finding different, funny places the put the letters on the snowman. 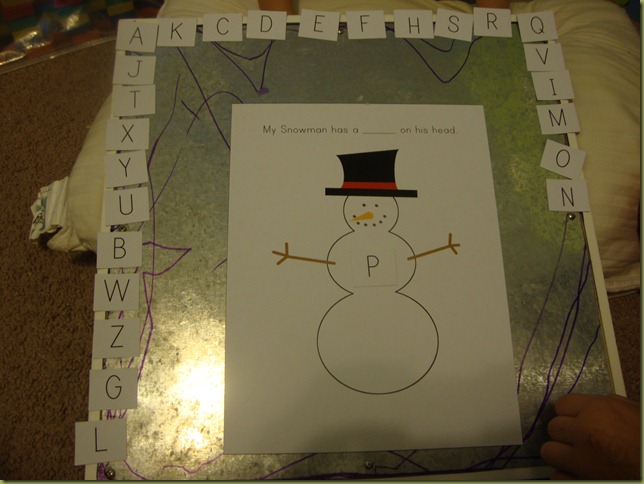 Royal has not yet begun to identify letters so I would present each letter by telling him what the letter was and then asking him to repeat to point to the letter.  Then we would sing the song.

I hadn’t cut out the lowercase letters yet, so when we were bored with the snowman we matched all the mommy letters to the baby letters.  Of course this could easily be done once they are cut out as well! 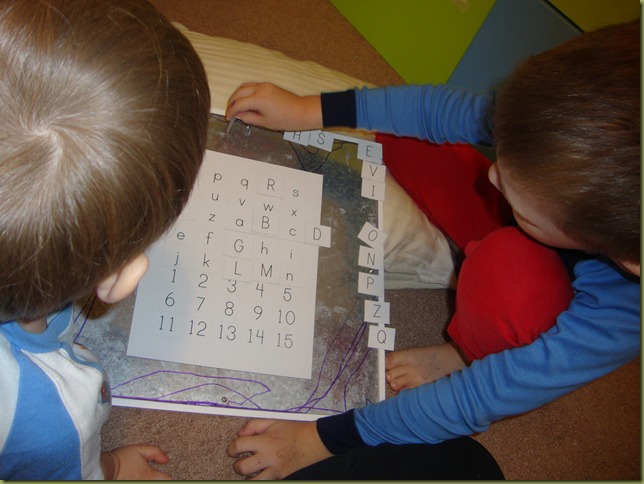