One of Royal’s favorite books recently has been Verdi.

The book is by the same author as Stellaluna!

It’s the sweet little story of a young snake that is in no hurry to grow up.  He tries everything he can think of to stay young, but ends up growing older anyhow.  Upon ‘turning green’ he realizes that it’s not so bad.

Since Royal’s been enjoying it so much, I wanted to make a craft with him to extend the story a bit further.  We decided to make snakes out of toiler paper rolls. 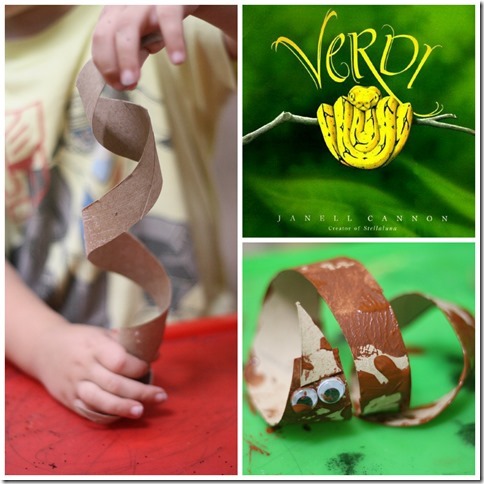 I wanted our snakes to be able to do some stunts of their own.  We cut them in a spiral shape.

…so we could stretch them out and let them fly just like Verdi! 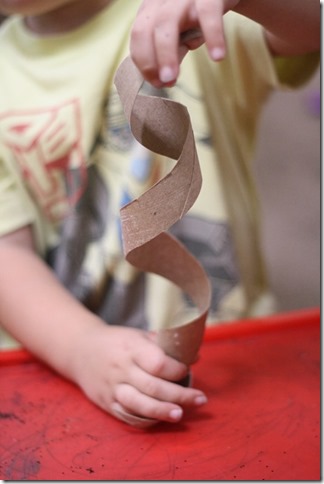 Next I let the boys paint them.  I tried to get them to pick yellow, green, or brown (the 3 colors Verdi was throughout the book) but in the end just let them choose whatever color. 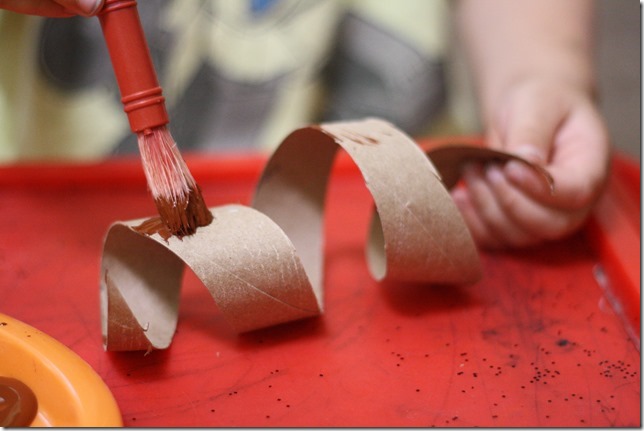 Baloo had his snake roll around in the mud, just like Verdi! 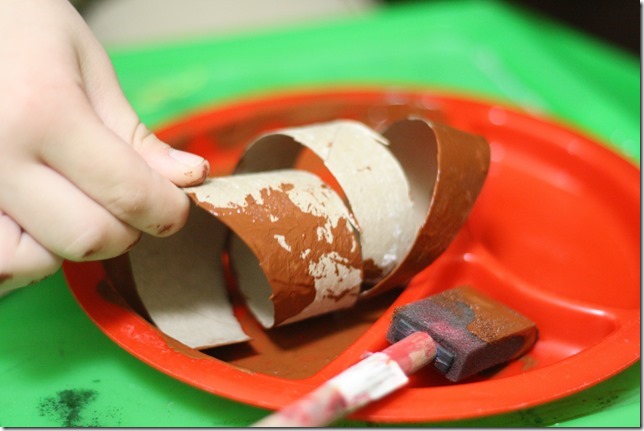 After painting we added some eyes and let them dry. 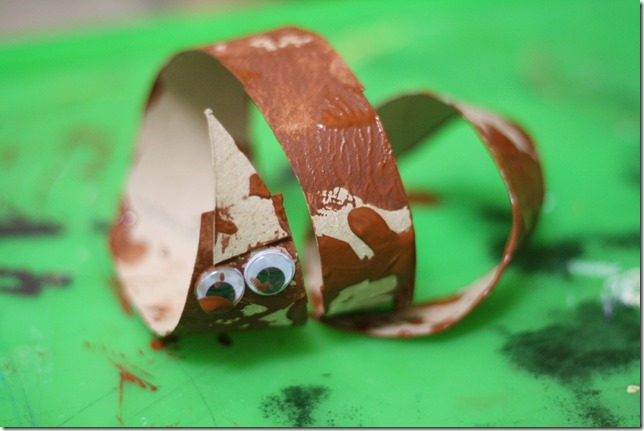 They weren’t as springy after we painted them, but they were still fun! 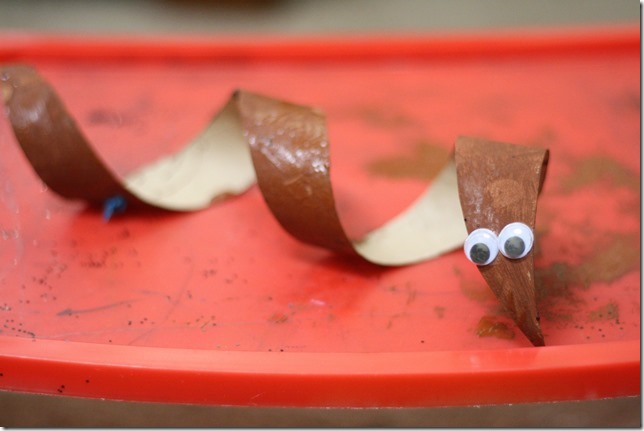