Summer is hot (and we live in the desert so ever more so) which means we need ways to cool off.  Sitting inside reading a book sounds great to me, but kids have this endless energy that needs to escape!  So the daily challenge is how to get them moving and cool.

I typically try to steer clear of races between Royal and Baloo, if only because Baloo has nearly 3 years on Royal and is just more capable.  However, for this one I thought Royal’s cautiousness might help him out in the end!

I started by setting up 2 lines of containers – all of various sizes.  The last bucket had a bit of water in it. 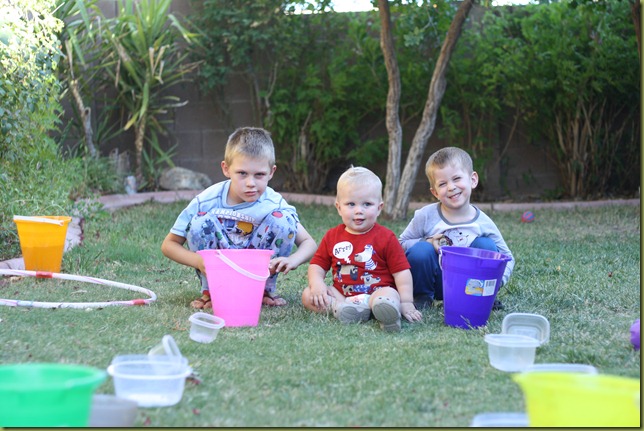 To my surprise, once I gave them the “ready, set, go” they both set right off! 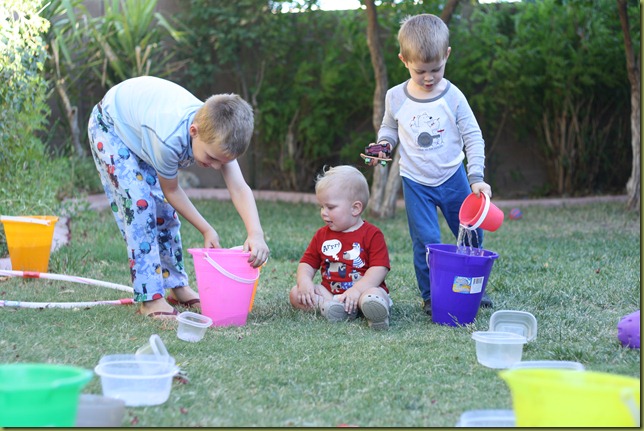 Baloo was dumping quickly and spilling a good bit of water!

Royal was taking his time.  He actually misunderstood me a bit and put a bit of water into each container. 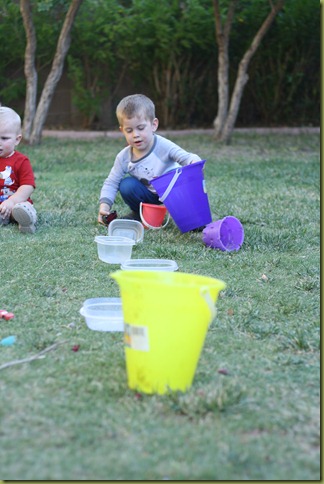 Baloo just kept on going until he had his water at the end! 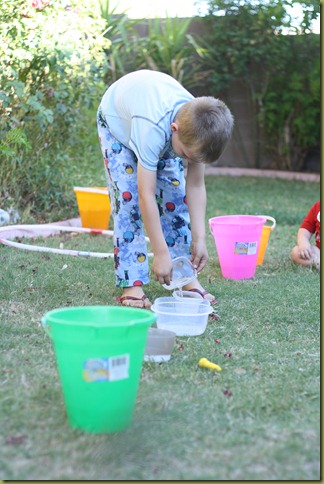 I let Royal measure to see who won – and in the end it was Baloo since Royal never really finished!!  They really had a great time running back and forth and splashing water everywhere tough!  Logi-Bear even had fun watching them and then dumping the buckets over! 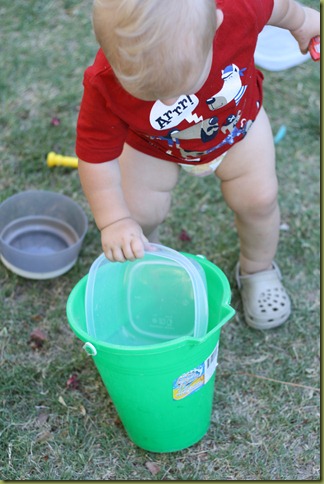 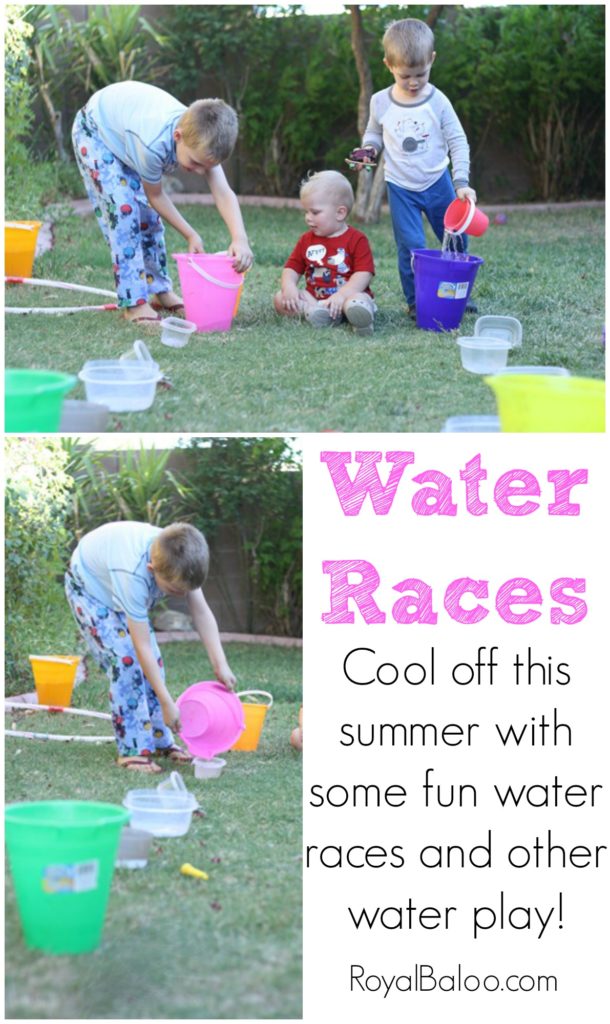