Logi-Bear is so desperate to catch up to his brothers in school work that he is trying to sneak-learn multiplication.  I’m not even kidding.  He tries to eavesdrop on our multiplication lessons.  He insisted on playing the HoliMaths Multiplication game with us.  But he still needs the basics and I’m having to find ways to make it even more enticing for him.  He seems to think skipping 5 years of math won’t be so hard.

So it’s back to some LEGO math!

Today we are focusing on comparing numbers.  LEGO makes it so easy because you can literally make two towers and put them next to each other.  I find that having this very concrete method for an example helps them comprehend comparing numbers at first (and place value activities are great later).  But I also wanted to introduce greater than and less than signs.  For two reasons.

To make my alligator sign I just used a piece that opens and closes (I’m sure there’s a better name for it, but it’s not coming to me right now) and then I attached two larger pieces to the top and bottom. 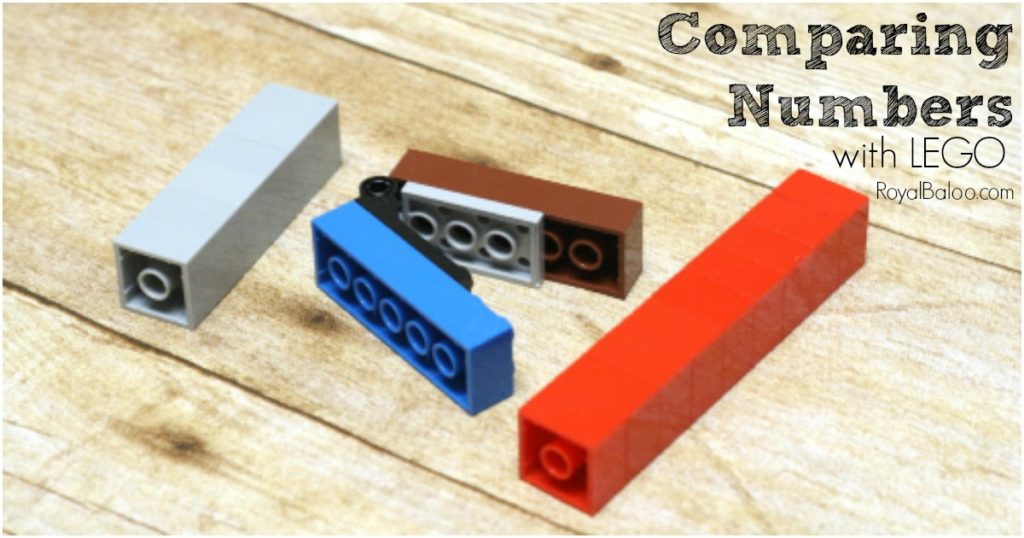 We just used the LEGO comparisons with our regular curriculum.  It starts with comparing numbers less than 10.  So I had 9 gray blocks and 9 red blocks.  We would put together the right amount in each tower and decide which was more. 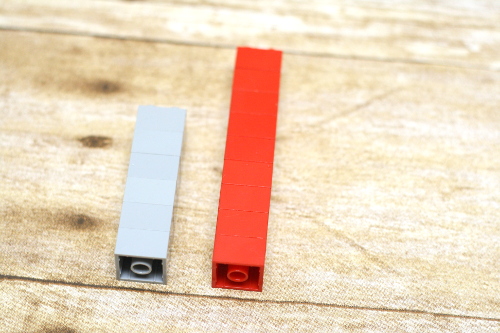 Then we would add the greater than or less than symbol.  I told him that the symbol was an alligator (if we had googly eyes I totally would have used them and had green LEGO bricks.  Oh well!) and the alligator wants to eat the BIGGEST tower. 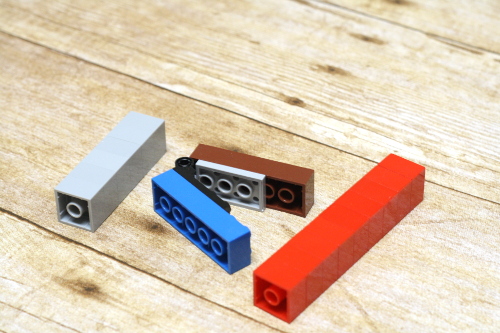 Then we would switch the towers up and make sure the alligator was eating the right tower. 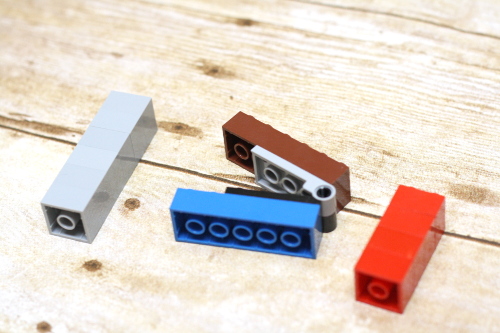 Pretty simple and basic!  But Logi-Bear is much much more willing to do math when it involves fun.  It’s funny because he really does like math.  It’s just that he wants to be doing other math.  So until he is at that point, I will have to invoke some interesting techniques to get him excited! 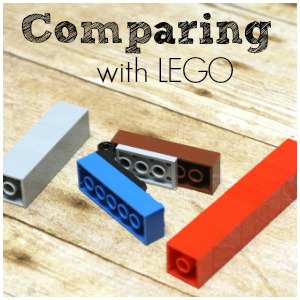 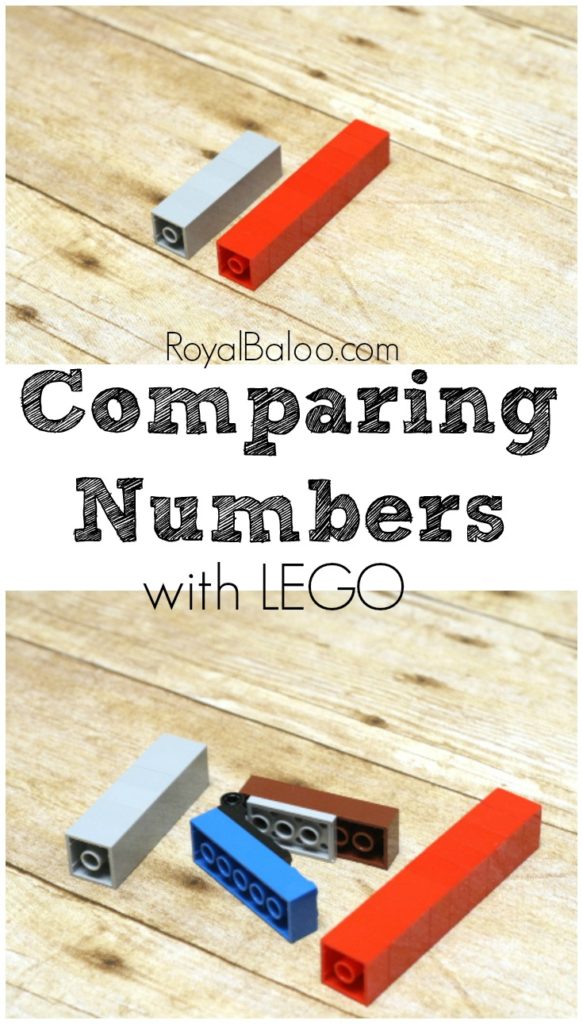